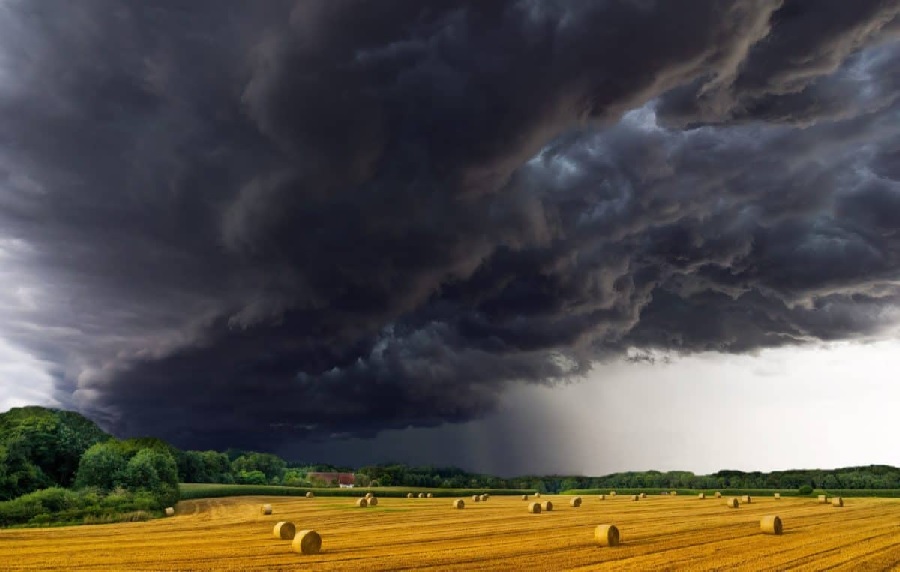 Surge Summary: Until America returns to devotion to God and His ways, the nation can continue to expect a multitude of “woes” that will make life more difficult and continue to point the land back to him.

Remember when a parent, teacher or coach lifted a hand, pointed fingers in a v-position at his/her eyes and said, “Gimme’ eye contact … listen up … I want your full attention!”

I’d wager most of us snapped to attention and riveted our focus on the person in charge curious about what was to come.

In His earthly ministry, on numerous occasions, Jesus took this position of emphasis declaring, “Truly, truly I say to you …” (Jn. 5.24).

Is this how God is speaking to us today amidst the chaotic, confusing catastrophic events swirling around us?

Vladimir Lenin once said, “There are decades where nothing happens; and there are weeks where decades happen.” This is an accurate description of the times in which we are living. We shouldn’t be pessimists but optimists. Yet we also need to be realists regarding what’s unfolding in these times of severe upheaval.

Days ago, U.N. Secretary General Antonio Guterres issued a dramatic and dire warning. He waved a red flag saying we are moving in a wrong direction and facing “a pivotal moment where continuing business as usual could result in a total breakdown of global order and a future of perpetual crisis.”

Things are stage four serious and it is high time every one of us get serious with God before it’s too late!

Recently a prophetic “watchman on the wall” (Eze.33) warned, “You’ll not recognize America and your lifestyle.”

In 2008, when Lehman Brothers collapsed in the biggest bankruptcy in America’s history, it affected all of us dramatically. The Chinese counterpart to Lehman, Evergrande, is currently collapsing and financial forecasters see handwriting on the wall. Is the same domino effect around the corner for America?

Tectonic Plates are Shifting
Although we cannot see them from the earth’s surface, when tectonic plates under the earth are moving it’s time to pay close attention. What are some of the concerns weighing down hearts and minds? I see over 25 woes plaguing us warranting a wakeup call. (I’m not listing “Global Warming dooming us in a decade”—I don’t believe it!)

Stop! Shouldn’t we reverse the order of these ills and simply realize they all stem from the fact that multitudes have walked away from God and are reaping what’s been sown? We’ve basically told God that we don’t want Him, His Bible, prayer or even mentioning His Name in our schools and society. Things are not going to get any better until we walk back to Him in repentance and renew our covenantal commitment to Him.

Until then, we’re only fooling ourselves (a lady told me, “Oh, it’ll all work out.”) if we think we can bypass our Creator and His revealed truth to somehow escape the slippery slope of fools descending into darkness. Remember Rome and dozens of once great civilizations?

The Tragic Trajectory
“The wrath of God is revealed from heaven against all ungodliness and unrighteousness of men, who suppress the truth through unrighteousness. For what may be known about God is clear to them since God has shown it to them… Because, although they knew God, they did not glorify Him or give thanks to Him as God, but became futile in their imaginations and their foolish hearts were darkened. Claiming to be wise they became fools… for this reason God gave them up to dishonorable passions. Their women exchanged the natural function for what is against nature. Likewise, the men, leaving the natural function of the woman, burned in their lust towards one another, men with men doing that which is shameful, and receiving in themselves the due penalty of their error. And since they did not see fit to acknowledge God, God gave them over to a debased mind, to do those things which are not proper. They were filled with all unrighteousness, sexual immorality, wickedness, covetousness, maliciousness; full of envy, murder, strife, deceit. They are gossips, slanderous, God haters, insolent, proud, boastful, inventors of evil things, and disobedient towards parents, without understanding, covenant breakers, without natural affection, calloused, and unmerciful, who know the righteous requirement of God, that those who commit such things are worthy of death. They not only do them, but also give hearty approval to those who practice them.” (Romans1:18-19; 21-22; 26-32).

Amidst today’s cultural insanity, remember Gibbon’s indictment of Rome in the years before it collapsed: “Bizarreness masqueraded as creativity” (“The Decline and Fall of the Roman Empire”).

The Invitation to Turn Back
It’s not too late! During two other dark periods of our history, in the 1700s and 1800s, God’s people came to their senses, stopped in their tracks and turned back to God in godly sorrow for their sinful ways. He responded with redemption in the First and then Second Great Awakenings. He waits to do it again. Can you hear His invitation?

“I’m ready to go over it line by line with anyone willing to listen. Are you tired? Worn out? Burned out on religion? Come to Me. Get away with Me and you’ll recover your life. I’ll show you how to take a real rest. Walk with Me and work with Me—watch how I do it. Learn the unforced rhythms of grace. I won’t lay anything heavy or ill-fitting on you. Keep company with Me and you’ll learn to live freely and lightly” (Matt.11:28-30, The Message).

Here’s the Deal: Amidst all our woes, there’s still hope for America. But time’s rapidly running out so please join me on the journey of helping turn our nation back to God. “Thus says the Lord: Stand in the ways and see, and ask for the old paths where the good way is and walk in it, and you shall find rest for your souls” (Jer. 6:16).

“When I shut up the heavens and there is no rain, or when I command the locusts to devour the land, or send pestilence on My people, if My people who are called by My Name, will humble themselves and pray, and seek My face and turn from their wicked ways, then I will hear from heaven, and will forgive their sin and will heal their land” (2 Chron. 7:14).

The post Until America Returns to Where She Should Be … Woes Await on the Horizon appeared first on DailySurge.