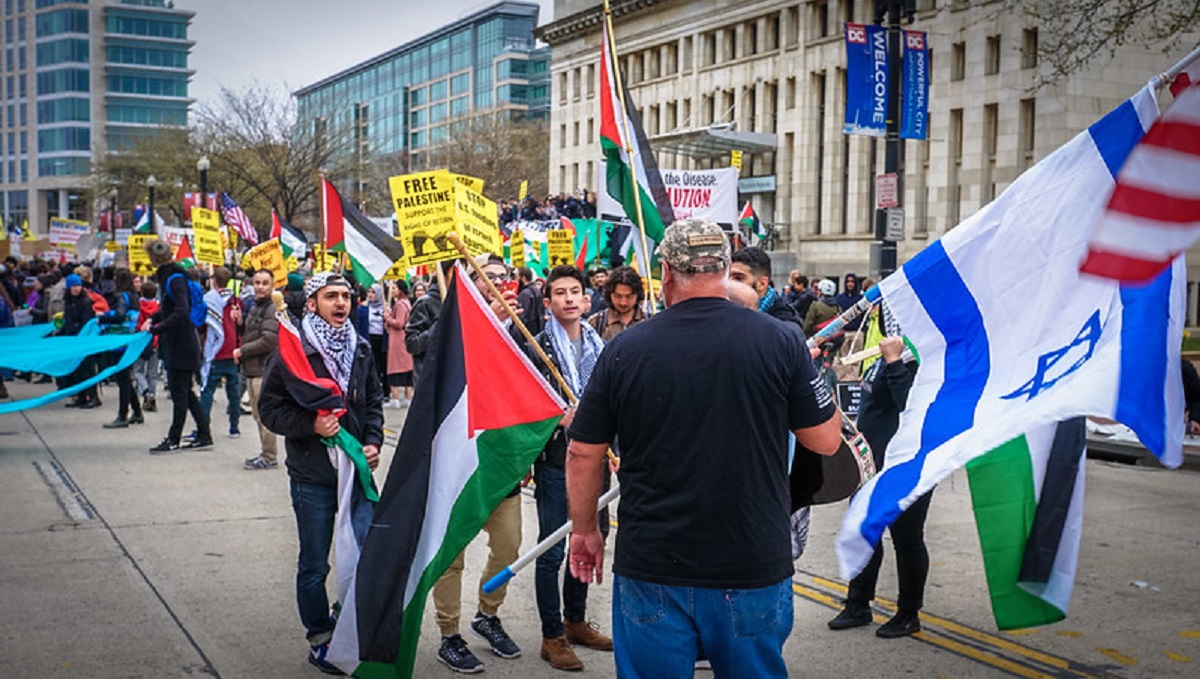 Surge Summary: It’s puzzling that American Jewish voters continue to stick with the Democratic party even though that caucus continues to become more and more hostile toward the nation of Israel. How to explain?

After House Democrats, under pressure from their radical left wing, voted to remove Israel’s defensive Iron Dome funding from its budget, a Christian friend messaged me, saying, “Overwhelming Jewish support for the Democratic party is hard to comprehend.”

Given the fact that the Democrat Party has been less and less friendly to Israel in recent years, and given President Obama’s icy relationship with Prime Minister Netanyahu, what explains the deep solidarity between Democrats and Jews?

Before answering that question, I should note that the Jerusalem Post reported that, “The Iron Dome may ultimately receive the American funding it needs, after progressive pressure led Democratic Party leadership in the House of Representatives to remove it from a broader bill, and then vowed to propose the aid as its own bill within days.
Indeed, on Thursday, the House did pass a stand-alone $1 billion measure for Israel’s Iron Dome. Still, in the words of the Jerusalem Post, “that doesn’t mean that the drama surrounding it is over.”
“Tuesday’s events in the House should ring alarm bells in Jerusalem that more trouble with the ‘Squad’ is on the way, even as public statements by Israeli officials tried to minimize the problem.

Yet Jewish support for the Democrats remains strong, with some exit polls giving President Biden roughly 70-75 percent of the Jewish vote, a number that has held fairly steady, with limited fluctuation, since the late 1920s. Why?

One reason that has often been given is that there is a prophetic ethic in Judaism that leans left, thus siding with the rights of those who are perceived to be oppressed. This would include racial minorities, women, gays, transgenders, and others.

While there appears to be some truth to this, the fact is that most American Jews are fairly secular, with limited familiarity with Judaism. Can this really explain such voting patterns? And why is it that, generally speaking, Jews in different parts of the world tend to lean centrist or right, quite the opposite of things here in the USA?

According to political scientist and professor Kenneth Wald, there is another anomaly when it comes to American Jewish voting. He explained that “we expect most affluent people to favor the party of the right. As a group, even allowing for individual differences, American Jews rank at or near the top on most measures of social class — education, income, occupational prestige and such. That makes their commitment to the Democratic party and liberal values puzzling.”

What, then, explains the strong leftward leaning of American Jews?

For Prof. Wald and others, the answer is simple: American Jewish voting patterns have to do with “the uniqueness of the American context. The U.S. Constitution follows a classic liberal model in separating citizenship and religion. Rather than rooting citizenship in blood or religion, the American system eliminates ethnic particularity as a condition for full membership in the political community.

“This arrangement resonates powerfully with American Jews for practical reasons — it gives them a chance to participate as equals in a way they had not experienced elsewhere — and it differs radically from their historical experience as, at best, a ‘tolerated’ minority whose status often changed on the whims of rulers.”

And although there was a time when American Jews voted Republican in higher numbers, once the Republican party became more closely aligned with evangelical Christians, Jews moved quickly to the Democrats.

As Wald explains, “When, however, the Republican party reached out to white Protestant evangelicals, who eventually came to constitute the party’s base, Jews reacted negatively because they perceived a threat to the liberal regime. Evangelicals, with their ‘God talk,’ insistence on a “Christian America,” and general willingness to deny fundamental liberties to some minorities on religious grounds, struck many American Jews as a fundamental danger to core values of the polity. Accordingly, Jewish support for Democratic presidential nominees rose from roughly two-thirds to three-fourths in the 1990s and thereafter.” (For further discussion about Jews and FDR’s New Deal, along with Jewish concerns during the tenure of LBJ, see here.)

This also explains why, the more that Israeli leadership moves to the right, both politically and religiously, the less solidarity liberal American Jews feel with Israel, despite its importance to them. Many evangelical Christians are actually surprised to learn that they appear to feel more loyalty to Israel than do their American Jewish friends.

As for the growing number of Orthodox Jews that identify as Republican, up from 57 percent in 2013 to 75 percent today, one headline declared, “In voting, Orthodox Jews are looking more like evangelicals.”

As the story reported, “Among Orthodox Jewish Trump voters, Israel, Iran and terrorism were among the top concerns cited in a survey by Nishma Research, a Connecticut-based polling firm. Among Orthodox Jewish Biden voters, the coronavirus pandemic, ‘bringing the country together’ and health care were the top three issues.” (I might ask here how that vote for Biden to deal effectively with COVID and to bring the country together is looking right now.)

This indicates, then, that American Jews are more divided by ideology than they are united by religious faith, since there is a massive gulf between traditional Judaism and liberal Judaism, just as there is between conservative Christianity and liberal Christianity.

In this light, it will be interesting to see what voting patterns emerge if traditional Jews continue to grow in number while the number of liberal Jews continues to drop. (See, already, this prediction from 2016.) And this, in turn, would likely result in a growing voting solidarity between Orthodox Jews and Christian conservatives.

Isn’t this why so many evangelical Christians are fans of Modern Orthodox voices like Ben Shapiro while men like Rabbi Daniel Lapin, himself Orthodox, spend most of their time speaking to Christian audiences? The plot thickens.