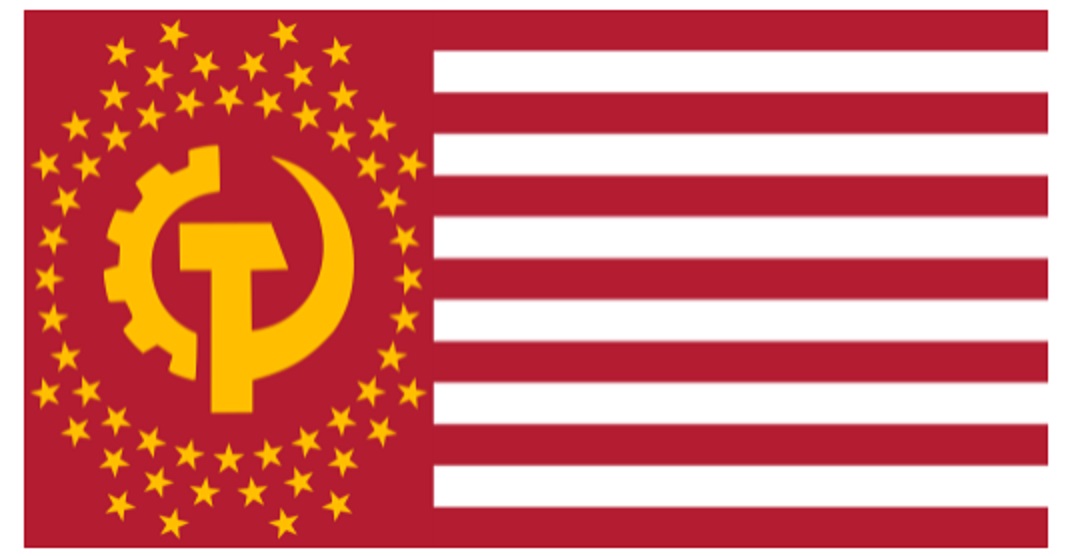 Surge Summary: President Biden’s nominee for Comptroller of the Currency is a graduate of Moscow [Russia!] University – not joking. That gives a clue as to her economic viewpoints. Meanwhile, “We the People” push back against authoritarianism in Loudon County, Va.

Anyone still doubting that we’re in the grip of Marxist handlers in the White House might want to know about Joe Biden’s nominee for Comptroller of the Currency.

And, for something more encouraging, they might also want to check out what happened this past week in Loudoun County, Virginia. More about that later.

A branch of the Treasury, the Office of Comptroller of the Currency, “charters, regulates, and supervises all national banks and federal savings associations as well as federal branches and agencies of foreign banks,” according to its website.

This means they have tremendous power over the nation’s banks, including your hometown bank where you have what’s left of your nest egg.

Mr. Biden has nominated Saule Omarova, a graduate of Moscow State University. No, it’s not Moscow, Idaho. This is the real deal. She graduated from the communist college in 1989, a recipient of the Lenin Personal Academic Scholarship. That would be Vladimir Lenin, founder of the first communist nation and a ruthless, mass-murdering dictator.

But wait, you might say. What if her experience in the Soviet Union turned her against the kind of centralized power wielded in communist countries? After all, Ayn Rand came out of the Soviet Union to expose the evils of socialism in best-selling books like “The Fountainhead” and “Atlas Shrugged.”

No such luck. We’re talking a dyed-red-in-the wool statist. In Ms. Omarova’s academic papers, she pushes expanding the Federal Reserve’s powers to include setting price levels of “systemically important financial assets” and employee wages. Worse, in a paper entitled “The People’s Ledger,” she calls for the Fed to take over consumer bank deposits and “effectively ‘end banking’ as we know it,’” according to the Wall Street Journal.

She wants a “National Investment Authority” with members chosen by a board of her fellow academics. You know, the “best and brightest” types that got us into Vietnam, Iraq, cooked up Obamacare and imposed nearly disastrous wage and price controls.

This time, the object is to finance something akin to the “Green New Deal,” the extremist climate change scheme rejected by the Senate. She wants our tax dollars to go toward creating a system that will ensure power shortages, higher energy prices, dependency on other nations’ oil and gas, and perhaps an end to those farting cows – the methane-emitting culprits targeted by Rep. Alexandria Ocasio-Cortez.

I’m no fan of the Fed, which has landed us in more than one recession and operates like a government agency with no taxpayer oversight. But this sounds far worse. It even comes with a militant feminist outlook.

“Until I came to the U.S., I couldn’t imagine that things like gender pay gap still existed in today’s world,” Ms. Omarova tweeted: “Say what you will about old USSR, there was not gender pay gap there. Market doesn’t always ‘know best.’”

According to the Journal, she sent this only two years ago, still apparently pining for a system famous for closed borders (to keep people in), mass poverty, no freedom of religion, speech, press or assembly, and a vast gulag for political prisoners. If you wanted to live in terror of the KGB or spend hours standing in line for toilet paper, the “old USSR” was your kind of country.

But, Lenin and Stalin (not God) be praised, men and women were equals while standing in lines or working as slave labor under commissars.

It was Lenin who issued a decree in 1918 announcing the “separation of church and state” (sound familiar?) and forbade the Orthodox Church to own property or to teach religion in schools. The communists, who killed an estimated 12 to 20 million Christians before the Soviet Union’s collapse in 1991, also burned down churches and slaughtered more than 100,000 clergy.

Sporting a “Lenin” scholarship is like having the Hitler Scholarship for Master Race Studies.

Americans had better wake up to the communist-style repression that is becoming more and more common here, driven by socialist economics, mass illegal immigration, the COVID-19 pandemic, and the imposition of Critical Race Theory, the 1619 Project and Black Lives Matter curricula.

Some Americans are stirring. In Loudoun County, Virginia this past week, hundreds of parents gathered outside the Board of Education to protest the schools’ mandated transgender policy. Stung by criticism during recent hearings, the board blocked the public from attending the subsequent meeting, allowing only speakers inside. They also changed the rules for speakers, allowing only Loudoun residents. This came after word that conservative commentator Matt Walsh would be speaking on behalf of the parents.

Mr. Walsh, not known for timidity, “rented” a basement for $1 from a friend to qualify for a speaking slot. When he got his chance, he took his one minute to denounce the board for forcing teachers and pupils to lie to children about their gender and sexuality.

“You are all child abusers,” he said. “You prey upon impressionable children and indoctrinate them into your insane ideological cult, a cult which holds many fanatical views, but none so deranged as the idea that boys are girls and girls are boys.”

“By imposing this vile nonsense on students to the point even of forcing young girls to share locker rooms with boys, you deprive these kids of safety and privacy and something more fundamental, too, which is truth. If education is not grounded in truth, then it is worthless.” He went on to call them “predators.”

Communism comes in many guises, but it is always at war with free markets, religion, culture and tradition.

As important as it is, money is not everything. When a government sets its sights on corrupting children’s souls, it no longer has any legitimacy whatsoever.

The post Courtesy of the Biden Administration: Communist Predators Far and Near appeared first on DailySurge.