For the Bible believer, our battle is on the front lines of the end times, and instead of bullets we have the Book and are charged by the Lord Jesus to defend it. To the FIGHT!!!

A number of years ago, I wrote about my personal testimony of salvation by grace through faith in Jesus Christ, and how I got saved with nothing but the Holy Spirit and a ‘borrowed’ King James Bible from the Gideons that my dad had taken while on a business trip. For me, the King James Only debate was settled in my heart and mind before I even knew there was a debate. But that debate is real and raging, and the purveyors of the ‘modern versions’ are relentless in thier efforts to undermine your faith in that Book. Today I would like to show you 3 amazing books that will give you more than enough ammunition to fight the Bible battle, and win. To the FIGHT!!!

“The words of the LORD are pure words: as silver tried in a furnace of earth, purified seven times. Thou shalt keep them, O LORD, thou shalt preserve them from this generation for ever.” Psalms 12:6,7 (KJB)

First up, we have ‘New Age Bible Versions’ written by Gail Riplinger, a book that Dr. Ruckman said was the best book ever written on the Bible version controversy. This book is a vast storehouse of information showing you the satanic spirit behind nearly all of the modern versions, as they seek to do despite to the deity of Jesus Christ. Riplinger documents hundreds of places where they have broken the prophetic references and erased vital passages relating to your salvation. This is a book that should be mandatory in the library of every bible believer. 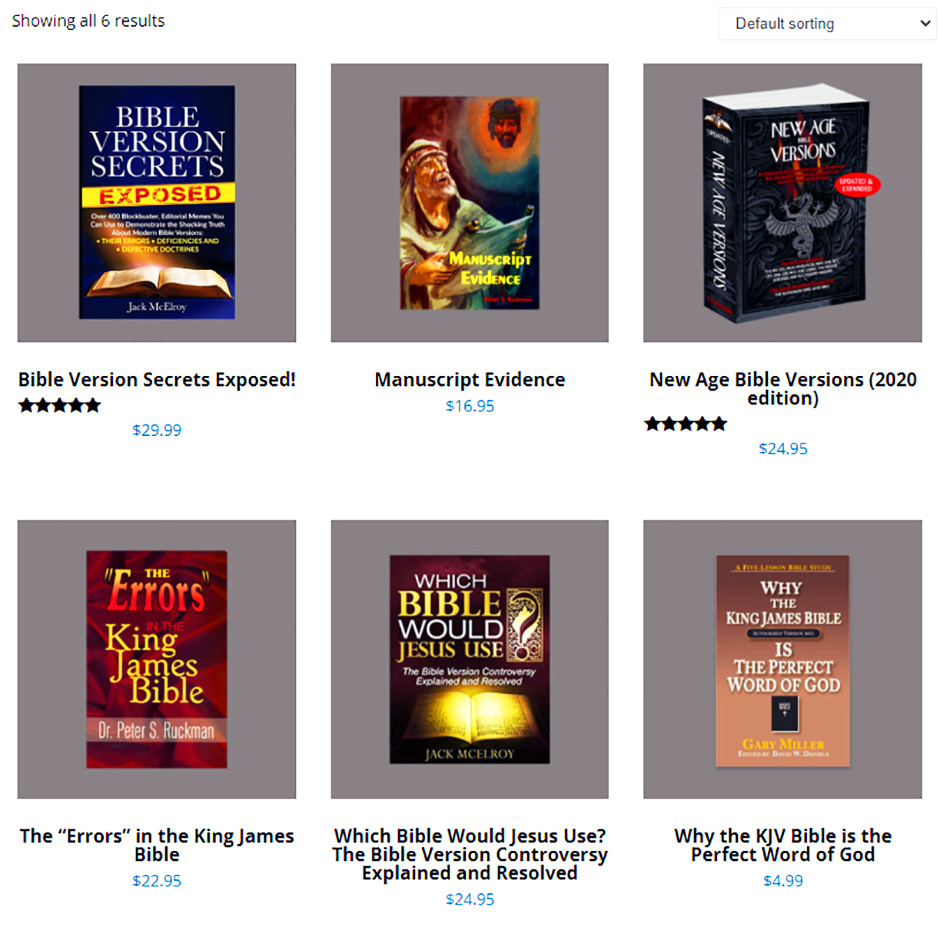 IF YOU’RE A KING JAMES BIBLE BELIEVER, CLICK IMAGE TO ORDER NOW AND BUILD YOUR LIBRARY!

Next we have author Jack McElroy, offering his ‘Which Bible Would Jesus Use?’, that builds upon the work of Riplinger and then offers a fresh take on the topic. In his next book, ‘Bible Version Secrets Exposed’, he uses hundreds of infographics to easily and effectively illustrate the deception of the modern versions and the myriad tricks they use to fool you into doubting the authority of the King James Bible.

In addition to these 3 amazing books, we have many more that will show you exactly where God has chosen to preserve His word. For the Bible believer, our battle is on the front lines of the end times, instead of bullets we have the Book and are charged by the Lord Jesus to defend it. To the FIGHT!!!

The post 3 Amazing Books That Will Supercharge Your Understanding Of The King James Only Debate And Why You As A Bible Believer Must Pick A Side Right Now appeared first on Now The End Begins.