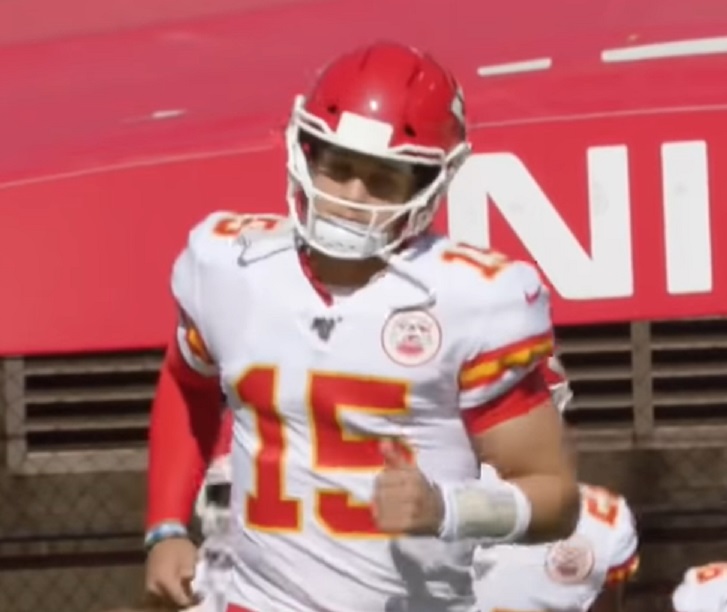 If you told me the Patriots would have a chance to defeat the Buccaneers late Sunday night, I would have laughed at such folly.  Instead, the defending Superbowl champs and their legendary quarterback (who surpassed the NFL career passing yardage record during the game) were a deflated football’s width away from exactly that, as Nick Folk pranged one off the left upright from 56 yards in a driving rain, with 56 seconds left on the clock.  Same goes for the Titans getting whupped by the Jets.  Such is the NFL this year.  At least I am performing consistently, as I went 11-5 again this week.  I’m at 42-22 (66%) so far, gotta do better.  Here’s the picks.

Rams at Seahawks – The Scrams got a beating laid on them by Kingsbury’s Cardinals last week, as they struggled to contain a highly mobile, bomb-throwing QB.  Rinse and repeat in Seattle this week.  McVay’s LA’s will need to play some air defense and their ground game needs to hit the next gear.  Seattle’s problem is they can only play one side of the ball.  No D equals an L against the Rammies.

Jets at Falcons – London calling!  The NFL is showcasing two 1-3 lubbers to the Limeys, and this ought to leave a bad taste in their vinegar and chips.  It’s the new bad against the old bad.  Jets have Corey ‘The Story’ Davis and Keelan Cole grabbing whichever of Zack Wilson’s tosses aren’t getting snapped up by the opposing team, but Robert Saleh’s team still has may areas in need of professional help.  Atlanta is just a dog’s breakfast of deficiencies as well, although their receiving corps is a bright spot.  Jets are going to find out that Peaches have Pitts, as they break a tooth biting into the Falcons.  Flyin’ Ryan crashes the Jets on a short week.

Lions at Vikings – Has any team in ANY sport had more difficulty banishing a losing culture than the Detroit Lions?  The same team that boasted Calvin Johnson and Barry Sanders should not be a punchline…but they are.  This week they will be a punching bag, as the Purple Pretenders take the home field and hold off the hapless housecats.  Lions get neutered by the Norsemen.

Saints at WFT – The Aints have disappointed this season, although Jameis is blossoming under Payton’s tutelage and protecting the football (2 picks).  Their D hasn’t been getting to the QB or stuffing the run like last year.  WFT has also been a defensive misfire this year, as both their passing D and rushing D have failed to launch.  Their offense is clicking, as Heineke continues to find McLauren in the air and Gibson on the turf.  Young and Sweat are overdue for a big game, and as Dorothy used to say, there’s no place like home.  The Wifts womp the Swamp.

Patriots at Texans – Every game left is a ‘must win’ for New England, as they need to start winning these close games.  Their much-improved defense is going to be their strength this year, as their overrated O-line and fumbly backfield prevent them from penetrating the endzone.  Yes, they have a promising rookie QB who outplayed Tom Brady last week in a loss.  The headless Texans is a ‘should’ win, but really a must win.  Pats corral the Steers.

Dolphins at Buccaneers – Tampa just notched a close one in torrential Massachusetts, and while the Dolphins are Brady’s old nemesis, that won’t be the case in this game.  Brian Flores knows how to scheme for Brady, but he doesn’t have the talent to make that scheme unfold smoothly.  Miami is a team going in reverse, while Tampa is a champa looking to repeat.  Skulls and Crossbones fillets Flipper.

Packers at Bengals – This is a better matchup than you think.  Cincy is hungry, and they are finding ways to win.  Joe ‘Big Throw’ Burrow has been lighting it up again, and Mixon is fixin’ to gobble more yards this week.  The Packers aren’t the lock they used to be in games like this, but they still have plenty of weapons not named Rodgers, and a big weapon that IS named Rodgers.  Look for Aaron Jones to have a big game, as Green Bay packs fresh Tiger meet this week.

Broncos at Steelers – Denver looks to regain their swagger, but with Ted’s head stuck in the concussion protocol, this team is ripe for the picking by Pittsburgh’s defense.  Drew should be Locked away instead of under center, and he will have plenty of TJ Watt’s breath in his facemask this week.  I expect a close defensive battle, but even Has Ben is better chucking it downfield than Master Lock.  Steelers shoe the Ponies.

Eagles at Panthers – Total tossup.  Philly’s offense has played pretty well under Hurts, who doesn’t’ appear intimidated.  McCaffrey is out again, or is he?  If he plays this week, the field tilts southward.  The Cats struggled on D against Dallas, especially their ground game.  This one is a coin flip.  My guess is McCaffrey isn’t ready to go Sunday.  Eagles feast on road kill.

Titans at Jaguars – What the hell happened to Mike Vrabel’s team last week?  Who are the Titans this year??  They better find out quick, and it better start in Jacksonville, which is reeling from Urban blight this week.  Titans bag a distracted Jag as Jacksonville is Meyer’d in mediocrity.

Browns at Chargers – Another quality matchup, as the Browns bring the heat to Justin Hurl-bert’s backfield.  The Charger D-backs will have their voltage tested by Hunt & Chubb, but they showed their mettle against Waller, Jacobs and Ruggs last week. Mayfield is not turning out to be the star everyone thought, while ORY Herbert hasn’t taken his foot off the gas in his second season.  Chargers Brown out Cleveland on the road.

Bears at Raiders – The Raiders showed they can be beaten last week…but not by a team like Chicago.  DaBears beat Duh Lions, but with Fields officially calling the snaps now, the Rook is going to get very familiar with the Silver Sackers this week.  Monty and Damien ‘Don’t Call Me Billy Dee’ Williams are serviceable ground pounders who may give Vegas some trouble, but that secondary will stifle any air attack from ‘Nine Sacks’ Fields.  Bears find out you can’t beat the house in Vegas.

49ers at Cardinals – Big divisional matchup!  The Cardinals are for real, both offense and defense playing well.  Murray’s mobility allows his all-star receivers time to get separation, while opposing defenses have to Chase Edmonds as well as containing Murray.  Zona’s defense has been very good, and although sacks have tapered off, pressure and pass coverage have not.  The Niners are a good team, but Glass Jimmy Garoppolo is broken again, and nobody knows how sharp the Lance is at this point.  Red birds jump the Prospectors’ claim.

Giants at Cowboys – Big Blue pulled out an OT win last week, but Dallas ain’t the Saints.  The Cowboys seem to have rediscovered good football, with Dak in the saddle again shooting bullets at CeeDee ‘Silence of the’ Lamb, Super Cooper and Dalton ‘Sergeant’ Schultz.  Dallas has started to play some D as well, and I will call them Division champs now.  The Jints are getting better on offense, and if Danny Dimes lives long enough he may eventually prove to be a very good QB.  Unlike Giants teams of yore, this one can’t play a lick of defense, so there is little to slow Dallas down. Cowboys clobber Gotham’s gargantuans.

Bills at Chiefs – AFC championship rematch here.  We all know what KC can do, and we know they struggle with defending the run.  We also know what Buffalo can do, and between Singletary and Josh Allen, they have a pretty potent run game.  This will open up their solid passing game, creating problems for the Chiefs.  I look for McDermott to have his team pound the pig, chewing as much clock as possible, and air it out when opportunity comes.  They should get up early, then look to strangle the clock while Mahomes paces the sidelines.  I like Buffalo’s chances here, if they can execute their game plan at Arrowhead.  Bills give chills to the Chiefs.

Colts at Ravens – The poor Colts.  Worse schedule so far this season, and they are paying for it.  Baltimore is playing well, Jackson’s arm is helping people forget his legs, and although the Raven secondary is nicked up, their overall defense has been solid.  Indy just can’t catch a break or a cupcake so far this season, and they won’t this week either.  For the Colts, the horse is out of the barn already this season.  Ravens rawk the Horseshoes.