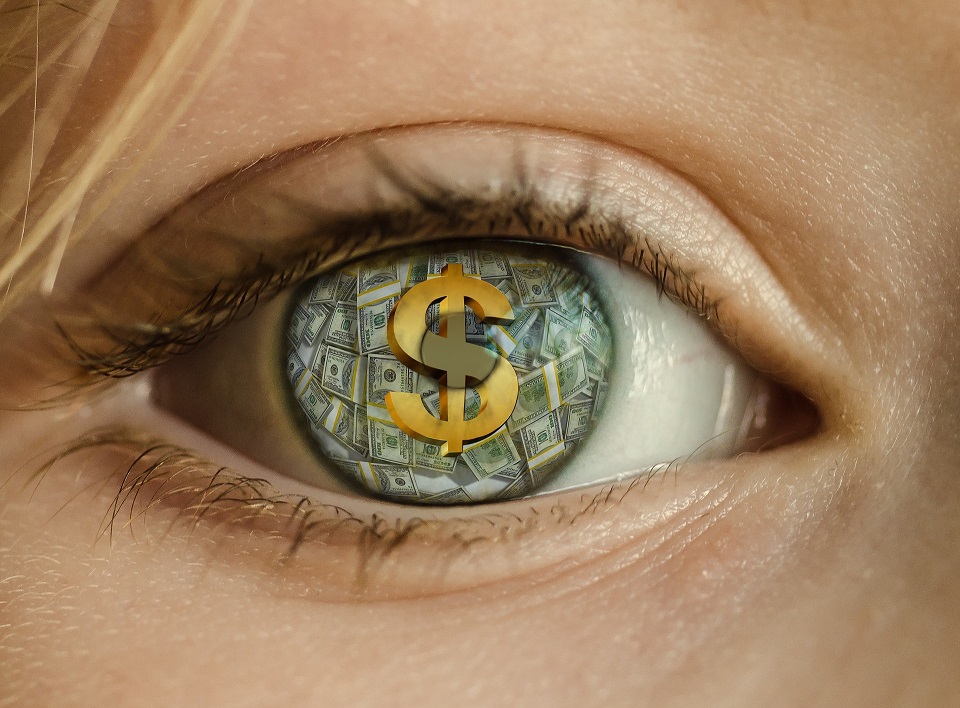 Surge Summary: Whether considering Pharmaceutical giants, Planned Parenthood and other abortion providers or any enterprise – no money-earning effort is automatically exempt from the temptation of greed.

It remains true to this day that “money is a root of all kinds of evil” (Paul, writing in 1 Timothy 6:10), which is why greed can corrupt the best of us if we are not careful. And that’s why it shouldn’t surprise us if Big Pharma, along with the abortion industry, has been influenced by greed. Why should they be exempt?

Think of a pastor who plants a church in his city because he loves the people of his community.  He works a fulltime job in addition to doing pastoral work. But he does so with joy, putting in 60-70 hours a week. That’s because he’s driven by love rather than by fame or fortune.

Fast forward 20 years when his church has grown to 15,000 people with a budget in the multiplied millions and a personal salary that dwarfs anything he made in the secular world. Unless he remains spiritually vigilant, it’s all too easy for him to become a hireling, tailoring his messages to please the richest in his flock, never wanting to offend or step on toes. Ministry has become a big business.

How much more, then, could secular organizations and companies and industries become corrupted by greed?

When it comes to the health care industry, my assumption is that most of the people involved as caregivers really do care. That’s why they chose this profession, and that’s why the nurse in the hospital is willing to empty the bed pan of an elderly patient. Or why the doctor is willing to work double shifts during a health crisis.

Of course, they want a paycheck like everyone else. And of course, a job can simply be a job.

But, as the risk of sounding naïve, I still assume that those who are touching the sick and hurting every day have some positive motivation within them, which is why they chose their current field.

That being said, it’s all the more likely that the higher you go up the food chain and the more money there is to be made, the more that greed can be a determining factor.

When it comes to the vaccines, do I believe that the doctors involved in developing these vaccines in such a short period of time were motivated by a strong desire to save lives? Again, forgive me for sounding naïve, but that is what I believe, at least for the most part.

But was there no other motivation for the company executives? Did the prospect of making multiplied billions of dollars have no effect on their thinking? And might the fear of losing these billions of dollars influence decisions they make or information they release or withhold?

Only God and the people involved know the answers to these questions. But it would be quite naïve to think that greed did not factor in at all.

A story on a PBS website states, “Billions more in profits are at stake for some vaccine makers as the U.S. moves toward dispensing COVID-19 booster shots to shore up Americans’ protection against the virus.

“How much the manufacturers stand to gain depends on how big the rollout proves to be.”

Are we to really think that the only thing driving the decision-making process is altruistic love? That everything is being done for strictly humanitarian purposes? And note those words “billions more” – in addition to all the billions made thus far.

Again, this is not to say that, “Big Pharma is evil.”

And it is certainly not to say, “Don’t get vaccinated,” or, “The vaccines are bad.”

It is simply to say, “Let’s be realistic. The love of money likely plays a factor here as well.”

It’s the same thing with the abortion industry, except that abortion in itself is evil, and therefore darker motives can drive some of those involved in terminating the lives of the unborn.

Again, this is not to say that there are not abortion providers who believe they are doing good, as self-deceived as they might be.

One pro-life colleague told me about an abortion doctor in his city who tithed on her income to her home church. This was her service to God.

Another pro-life colleague told me how shocked he was to hear that a church where he would be speaking had received an offering to help one of their congregants get an abortion.

And still another pro-life colleague told me that the notorious, late-term abortion doctor George Tiller, who was murdered by a fanatical pro-lifer, actually offered baptismal rites for the aborted children at the request of the parents. In his mind, he had done the merciful thing by killing a defective (or, unwanted) baby in the womb. (I was shown pictures to verify this.)

But with billions of dollars to be made through abortion, let’s not kid ourselves. While those in the pro-life movement are clearly not motivated by the love of money (in terms of their reasons for opposing abortion), you would have to be a complete fool to think that Planned Parenthood had no monetary interests at stake. Seriously?

As reported by the Heritage Foundation in 2018, “A recent report has revealed that Planned Parenthood, the nation’s largest abortion provider, received over $1.5 billion in taxpayer funds from 2013 to 2015.” And note, that was just taxpayer money which, technically, is not supposed to go towards abortions. What about their direct profits from the millions of abortions they have performed?

As a Heritage Foundation article explained in April 2020, “As the coronavirus spreads, frontline healthcare providers and workers in other critical industries are facing a shortage of personal protective equipment. Many medical procedures, including bariatric, orthopedic, oncological, and cardiovascular surgeries, have been postponed for patients nationwide to allow hospitals to preserve critical resources and ensure adequate capacity to respond to the pandemic.

“But Planned Parenthood and others in the abortion industry don’t want to let anything, even a global pandemic, interfere with their ability to continue performing elective abortions.”

That’s because, for Planned Parenthood, abortion is a multi-billion dollar business. Here, bloodlust (where it exists in the industry) meets with greed. What could be more dangerous?

Looking back to Paul’s words in 1 Timothy, there is a warning for all of us: “Those who want to get rich fall into temptation and a trap and into many foolish and harmful desires that plunge people into ruin and destruction. For the love of money is a root of all kinds of evil. Some people, eager for money, have wandered from the faith and pierced themselves with many griefs.” (1 Timothy 6:9-10)

Be assured that these warnings do not exempt Big Pharma, let alone Planned Parenthood. And where the shoe fits in our own lives, let us own it, uprooting the love of money before it blinds us and then destroys us.

Image by Tumisu from Pixabay