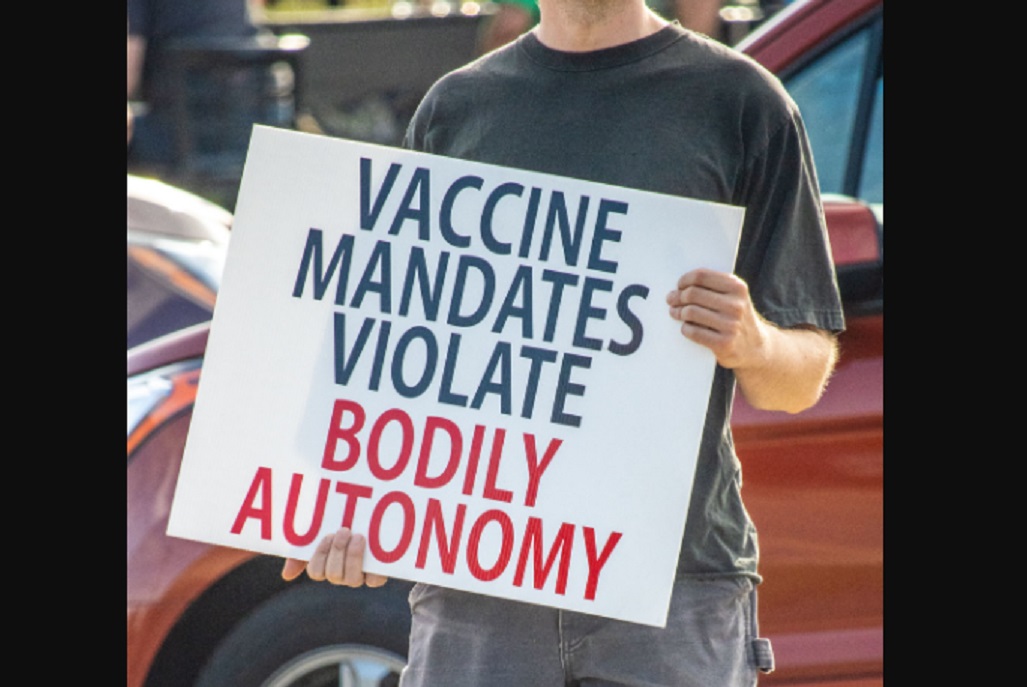 Surge Summary: Democratic politics don’t seem to much care about unconstitutional violations. Leftist overreach seems to be provoking a growing body of regular folks to rise up and say enough.

I think the Left is realizing they have a tiger by the tail. The people are getting uppity.

Parents are assailing school boards over Critical Race Theory and transgender madness. So much so that the Biden Justice Department is sending out the FBI to investigate whether, as the National School Boards Association bombastically charges, some parents are guilty of “domestic terrorism and hate crimes.”

Boy, it’s lucky for those BLM/Antifa rioters in 2020 that they refrained from badmouthing teachers and school officials while torching the cities. Their “peaceful protests” might have been investigated.

Meanwhile, former Democratic Virginia Gov. Terry McAuliffe, the Clinton bag man who is running again for his old job, stated, “I’m not going to let parents come into schools and actually take books out and make their own decisions.” He added, “I don’t think parents should be telling schools what they should teach.”

Republicans are looking to take back Virginia in November and Congress in 2022. Democrats in districts carried by Trump are as nervous as a hockey goalie playing without a face mask.

Joe Biden’s poll numbers are plummeting. Kamala Harris is apparently in the Federal Witness Protection Program, far from the border. Americans see the stupid and brutal surrender in Afghanistan, soaring gasoline prices, scary inflation, an insane transgender agenda imposed on schools and the military, and a cataclysmic, deliberate erasure of our southern border – and they don’t like it.

Given all this and more, the media/Big Tech axis no longer seems as effective in scaring the “masses” into quiet obedience. So, our ruling elites are doubling down on repressive measures.

Vaccine mandates are coming thick and fast at all levels, spurred by Mr. Biden’s unconstitutional edict to private businesses. Pro-vaxxers cite a 1905 Supreme Court ruling upholding a smallpox vaccination mandate. But, as noted by Washington Times columnist Judge Andrew Napolitano, Jacobson v. Massachusetts involved only a state legislature, no other government authority: “The issue was not whether a governor could issue a command, call it a law and use the police to implement it,” as is happening today.

Democrats have been ignoring constitutional allocations of power. When bureaucrats and judges unconstitutionally changed voting laws during the 2020 election in Pennsylvania and other bellwether states, the courts, including the U.S. Supreme Court, yawned at the usurpations.

The Democrats say they are only going after deep-pocketed tax evaders, but the IRS plans to review all accounts above a $600 balance or transactions of $600 or more. So, when you pay your VISA bill or buy a major appliance using your checking account, the IRS will be watching you as if you are a criminal. Hey, let’s examine that donation to a Christian organization designated by the Southern Poverty Law Center as a “hate group.”

How is this intrusion into Americans’ finances remotely constitutional? Well, it’s not. No more so than the Centers for Disease Control issuing an order halting all evictions for non-payment of rent. So what if thousands of small landlords see their life’s savings go up in smoke while their tenants enjoy rent-free lodging?

To enforce the new mandates, Democrats have put $80 billion for the IRS into their $3.5 trillion spendathon so the agency can hire more people to pick Americans up by their heels and shake out the loose change along with their wallets. They say they’re only going after “the rich.”

The so-called “masses” know better. Every day, I hear more people asking, “What has happened to our country? And what can I do about it?” The answer is to get involved at any level and make our voices heard. This appears to be happening, and it’s why the elites are reaching for more Scotch or Prozac.

Like the devil feverishly partying until his promised dunk in the lake of fire, the elites hope to get away with their scheme before enough Americans wake up to stop them. The difference here is that the devil knows his eventual fate. Our would-be rulers think they’re immune to divine justice.

It’s important for citizens in a self-governing republic to feel and act like the deciding authority, not the government that serves them. On the other hand, as we saw on Jan. 6, there is a difference between legitimate dissent and thuggish behavior. A few idiots spoiled it for everyone rallying at the Capitol that day.

Arizona Democrat U.S. Sen. Kyrsten Sinema was followed into a restroom this past week by two leftists mad at her for not caving on the massive socialist spending bill. They kept videotaping even while she was in a stall.

Asked about the incident, Mr. Biden said, “I don’t think they’re appropriate tactics.”  However, he added, “But it happens to everybody.”

Really? Everybody, or just those who irk leftwing mobs?

“The only people it doesn’t happen to are people who have Secret Service standing around them,” Mr. Biden elaborated. “So, it’s part of the process.”

I honestly did not know that illegally taping someone in a restroom is just “part of the process,” but the president of the United States says it is. He also says it’s perfectly fine for men who say they are women to use the ladies room.

So, people, have fun and be sure to wash up before leaving. Covid, you know.

The post Reason for Hope: Revolt of ‘Masses’ Grows as Dems/Leftists Overplay Their Hand appeared first on DailySurge.