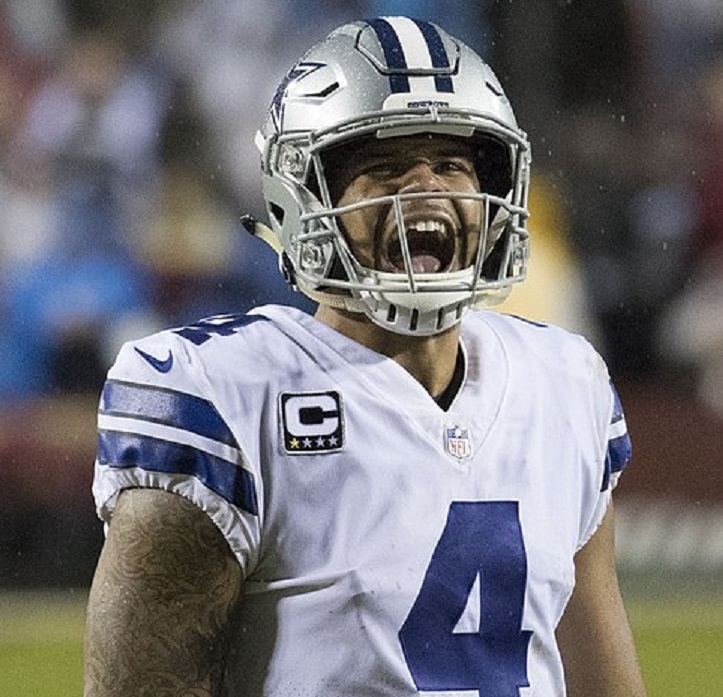 Week Five was nothing if not exciting, with a number of hotly contested games that went down to the wire, including my Red Sox winning their ALDS series over Tampa (take that, Titletown!).  Jon Gruden’s ignoble exit from pro football has ‘forever’ written all over it.  No idea how he will ever find another job, anywhere.  Speaking of jobs, I did a good job this week going a sparkling 14-2, which puts me at 56-24, or 70% (right where I want to be, ahead of all the NFL Network pundits).  Here’s the picks.

Buccaneers at Eagles – Philly has shown some spirit this season, knocking off the deCaffreynated Panthers last week.  That said, Tom Brady had his finest game ever last week at age 44, and shows no signs of age, distraction from branding, lack of pliability, etc.  The Bucs are just fearsome when they get rolling.  There’s a storm brewing in Philly, but it’s the Eagles that are going to get blown out of town.  Bucs pluck the Clucks.

Dolphins at Jaguars – Toss up.  If Tua returns this week…. who knows?  Flores seems to be falling backwards, and his team with him.  I like the Jags to notch their first win of the Lawrence era this week.  Jags keep Phins in a downward spin.

Chiefs at WFT – Well, Taylor played his Heinicke off in a loss last week, after the Saints exorcised the Washington defense.  This week it’s no Sweat that Little Patrick’s scoring machine will Chase Young pretty hard all over the yard.  DC can score, but that fierce defense has vanished quicker than Halloween candy at Fat Camp.  KC ain’t winning any accolades with THEIR defense, but WFT will have to outscore them FTW.  Nope.  In the ‘battle of the native Americans’, the Chiefs live up to their name.

Rams at Giants – That red light you see flashing is the ambulance, as seemingly half of the NYG were bashed out of action last week.  This game is a bigger blowout than a flat tire on the Garden State Parkway.  Hollywood bashes Broadway in dramatic fashion.

Texans at Colts – Here’s Indy’s first win, now that they have played themselves out of contention.  Frank Reich looked like a deer in the headlights Monday night, as the Ravens awakened and took flight in the second half to wrest an overtime win from these unlucky horseshoes.  It apparently never occurred to Coach to call timeout and buy his totally gassed defense a moment to catch their breath, while Play-Action Jackson shredded them with his arm.  Houston won’t lay down, but they will go down.  Colts win a feel-good, meaningless game.

Bengals at Lions – Jamar Chase is just spectacular, and his psychic connection with college teammate Burrow is truly magic to watch.  The Bengals are the real deal, and Dan Campbell had better keep the Kleenex handy this week again.  Bungles win the jungle.

Packers at Bears – Matt Nagy beat the oddsmakers this week when Jon Gruden became the first head coach gone.  Ironically, Chicago beat Gruden’s team on Sunday, and now they hold second place in the NFC North, chasing the Packers.  And chase they will, because the ‘other’ Aaron on Green Bay is about to cut through their defense like a hot knife through cheese.  Packers hold off Chicago, Bearly.

Chargers at Ravens – Here’s the powerhouse matchup of the week!  Both teams are coming off stunning cliffhanger wins, showing a lot of resourcefulness in these tight victories.  Lamar ‘Play Action’ Jackson has taken his passing game to another level, so once again his ceiling is indeterminate.  He punctured Indy’s D in the second half Monday night at will, zipping accurate throws all over the field.  The Bolts battled the Brownies to a standstill on Herbert’s arm and Ekeler’s legs.  In yet another thriller, Harbaugh’s Hard-ohs lower the Boltage just enough to steal a win.

Vikings at Panthers – Sam Darnold’s reversion to horrible Jets play last week has Panther fans wondering if he is the answer to the QB position.  He took 3 sacks and tossed 3 picks under pressure, and there will be no letup this week when Shellie Richardson and the Hunter penetrate that O-line like hungry freight trains.  That won’t improve.  DJ will try to give Moore daylight for Darnold to throw at, as Brian Burns into the Vikings backfield looking to ruin Kirk Cousins’ mojo and keep Dalvin from Cooking.  Carolina can play some good D, but for THIS pundit the field tilts north.  Mike’s Vikes put the spikes to likes of Carolina.

Cardinals at Browns – Raise your hand if you think Deandre Hopkins and JJ Watt are glad to be out of Houston…Murray has Zona top-ten in 3rd down conversions and red zone offense, which are two big reasons why they are undefeated.  Cleveland is near the top in pass rushing and pressure, but Murray can take a sack or two and kill you anyway with his arm or legs.  The Brownies have that big backfield, which poses problems for Kingsbury’s royal guard.  The NFL Network pundits say Orange is the New Red this week, but THIS pundit says the Cards aren’t ready to relinquish the zero in their loss column yet.  Brownies get eaten.

Raiders at Broncos – I expected Teddy Bridgequarter’s absence to be Pittsburgh’s advantage, but he took the field last week and the Steelers won anyway.  That’s the thing about ghosts of old glory teams…every now and then they rise up to haunt you.  I do like Denver at home this week, because I think Vegas is about to unravel rapidly after their loss to DaBears and Gruden’s meteoric fall.  Denver’s not necessarily a better team, but this week they will certainly be the more focused team.  Rudderless Raiders swoon in the Mile High thin air.

Cowboys at Patriots – Hype gloats and hope floats.  The Wowboys consider themselves the hottest thing in the NFC, while defensive stats say very much otherwise (Diggs excluded).  They have a fearsome steamroller offense, and we have seen that recipe before (Chiefs, Colts).  New England will be hard-pressed to pressure Prescott, pull down Pollard and coop up Cooper.  60 minutes of CeeDee the Speedy is wearying.  However, the musket men of Massachusetts have a pretty stout defense (ask Brady), led by wrecking ball Matt Judon (6 sacks), and a rookie QB who is methodical and precise, improving every week.  Belichick will scheme up a plan to poke a stick into the spokes of Dallas, but the Patriots will have to play flawless football to hold off that Texas stampede.  In a close shootout, Prescott is Dak in the saddle at the end of the day.  Six guns outduel flintlocks.

Seahawks at Steelers – I forget what the Seahawks look like without Mr. Wilson. Really…I have little recollection of them before his arrival and dominance.  After Sunday, we will all have little recollection of them when the aged but dangerous Steelers finish with them.  Geno doesn’t scare anybody, and the worst-kept secret in the NFL is Seattle’s horrible defense.  Najee ‘Franco’ Harris should have his way, as will Crustyburger slinging it to Claypool.  Steelers rivet the Squawks, barring them from victory.

Bills at Titans – There is something to be said for having a head of steam.  Buffalo is rapidly becoming the Wabash Cannonball of the AFC this year, as their tepid chug out of the station early on has accelerated into a runaway train.  ALL ABOARD! HAHAHAHA, as Ozzie yells maniacally.  Tennessee seems more like Janus the two-faced god of Roman mythology…you never know who is showing up for the game. Won’t matter this week, because McDermott’s Bills are the best-balanced team in the AFC, with NO glaring weaknesses in any phase of the game.  This train is bound for glory…..on Monday Night.  BUH BUH bum pum……