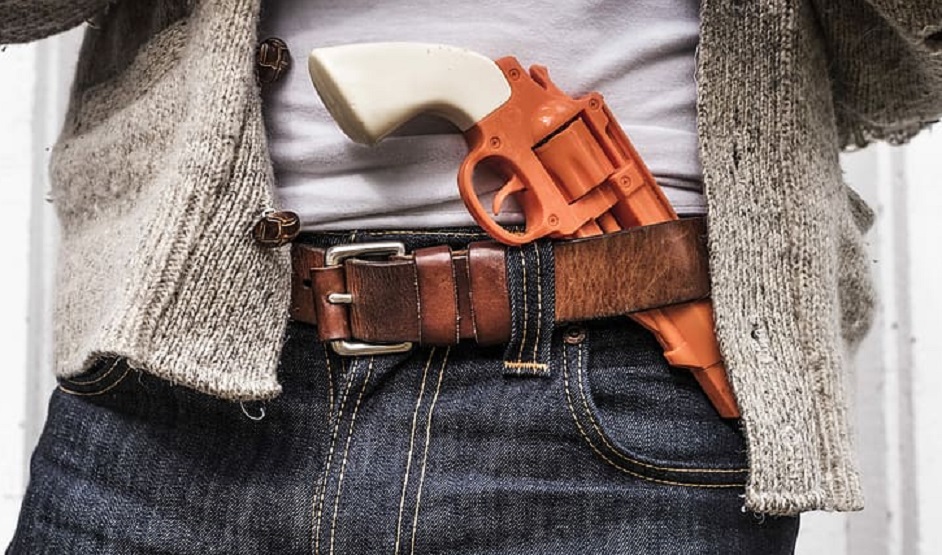 Surge Summary: It’s been over a month since it became legal for Texans to carry a concealed firearm in public without a permit. A predicted wave of violent crime has not resulted. Why are politicians and the biased media not reporting this?

It has been a month since Texans enjoyed carrying a concealed firearm in public without a permit. At the beginning of September they joined tens of millions of us who already had permit-less carry. Nothing much happened in Texas. A few more honest citizens defended themselves.

That isn’t what some politicians and law enforcement officers predicted. They said we would see extraordinary levels of violence in the streets after we let our neighbors carry in public. The media never examined those extravagant claims. Now, we can do what the news media failed to do.

Houston Mayor Sylvester issued another press release about how dangerous honest gun owners can be unless they have a government license to carry concealed.

“Under this (permit-less carry) bill, even a law-abiding citizen can become a danger… They could become a danger to themselves and others due to mishandling a deadly weapon… This flawed new law will have a harmful impact inside our neighborhoods and on our streets. Unregulated guns aggravate our public safety problems.”

We can look at the news to see if the honest citizens of Houston who are legally allowed to own guns suddenly acted irresponsibly after this law took effect. I looked, and I didn’t see the holocaust the mayor predicted. In contrast, I can find many stories where criminals continued to break the law, but that is what criminals have always done. The mayor owes the honest gun owners in Houston an apology. The news media also owes us an apology for not checking the mayor’s story.

Dallas police chief Eddie Garcia said that law abiding gun owners should only be allowed to carry concealed in public if they pass a state mandated training course. Remember that the open carry of a handgun without a license was, and remains, perfectly legal in Texas. Chief Garcia is saying that ordinary gun owners who were open carrying their personal firearm without a license would suddenly become monsters after they cover their holster with a piece of cloth. I don’t believe in magic shirts, but evidently some police chiefs do.

Chief Garcia also said his officers couldn’t tell the good guys from the bad guys without a piece of paper issued by the state. I can only conclude that there is a training issue with the once-great Dallas PD. Constitutional carry is already the law of the land in 20 other states. Law enforcement officers in those states learned to base their actions on people’s behavior.

Speaking personally, I want people to get their carry license and continue training, but the policemen I know considered any stranger as a potential threat, license or no license. I suspect that the chief already knew that, but the chief assumed the reporters wouldn’t embarrass the chief with obvious facts. That says a lot about the chief’s reputation, and the reputation of the news reporters too.

The Austin interim police chief Joseph Chacon said that crime was rising to historic levels. Chacon is right, yet the chief wanted more honest citizens disarmed unless they get a permission slip from the state before they exercised their right of self-defense. Let’s be honest. Law enforcement officers are not interchangeable. Sheriffs are elected by the voters in their county, while Police Chiefs are appointed by politicians. The chief doesn’t have a political opinion of his own. He represents the political opinion of his boss. To be more precise, the chief’s opinion reflects the political leaning of the mayor’s campaign donors.

We have not seen a surge in violence perpetrated by legal gun owners in Texas. I don’t expect to see one because that isn’t what happened in other states after they adopted constitutional carry.

We have seen crime increase after big-city prosecutors let criminals walk away. That trend started before and continued after Texas adopted permit-less carry. Perhaps because of that political failing, we’ve seen more citizens protecting themselves and their families with a firearm, and doing a good job of it.

I asked a few firearms instructors in Texas if they noticed any trends after constitutional carry took effect. The number of people in their licensing classes went up and down slightly, but they saw a large increase in the number of people who wanted training in armed defense. I’m not surprised because we’ve seen this before in other states.

That is what I’d do if I was a new gun owner in Texas. That is what you’d do, and it turns out that our neighbors did too.

Now we have to ask why the news media couldn’t figure that out.
~_~_