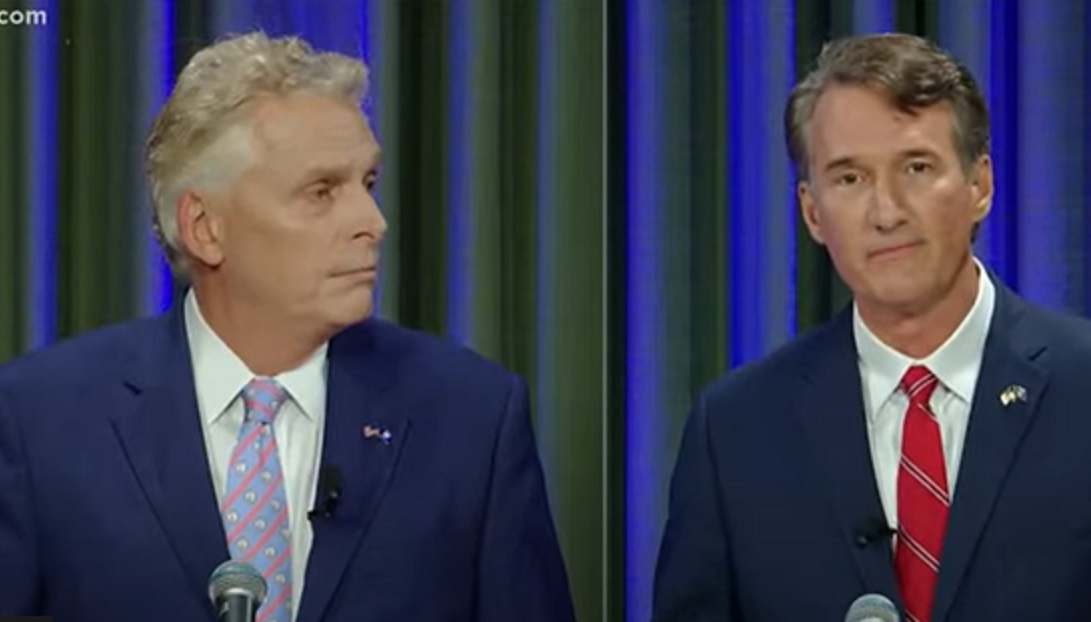 Surge Summary:  Upcoming elections for Virginia’s governorship and legislature could signal that Americans really have had enough of dangerous Leftism’s capture of the nation’s political process. It all depends on how the citizens of that state vote.

Over the next three weeks, Virginia will be Ground Zero in the resistance movement to take back America from a socialist-dominated Democrat Party.

A victory for liberty in the Old Dominion would be fitting, given that the colony played a central part in the American Revolution 245 years ago. That’s when Thomas Jefferson’s draft of the Declaration of Independence listing unalienable rights granted by the Creator –not men – was adopted by the Continental Congress.

America became America because God-fearing Virginia patriots such as Jefferson, George Washington, James Madison, George Mason, and others hammered out limits on government to ensure maximum freedom under the law.

It just may be that Virginians will once again take the lead in fighting for liberty.

They quickly got rid of the voter ID law, expanded felon voting and early voting, and loosened other election integrity procedures. They added “sexual orientation” and “gender identity” to the civil rights statute, thus empowering transgender activists. The whole Democrat package is there: Higher taxes, assaults on gun rights, taxpayer funding of abortions to “birthing persons,” and more statues hauled down.

Nothing epitomizes the stakes in this election more than what’s happening in Loudoun County, where parents are staging a revolt against a school board that has imposed Critical Race Theory (by another name) and the LGBTQ agenda beginning in elementary school.

The insurgency began after the school system suspended teacher Tanner Cross for telling them at a May 25 hearing that he would not lie to children about their gender. Parents pushed back with recall efforts against six school board members. Now, the county is riven by a case that should awaken every parent in America.

Scott Smith, the father of a ninth-grade girl, was arrested on June 22 at a school board hearing that had been shut down after former state Sen. Dick Black received a standing ovation from outraged parents who oppose CRT, graphic sex “education,” and transgenders in restrooms and locker rooms.

Why was Mr. Smith so animated, refusing to leave? Because his daughter had allegedly been raped on May 28 at Stone Bridge High School by a “gender fluid” boy wearing a skirt and was allowed into the girl’s room because of the idiotic transgender mandate.

But it gets even more outrageous. Minutes before Mr. Smith’s arrest, Loudoun Schools Superintendent Scott Ziegler said concerns over transgenders were misdirected because no bathroom assaults had been reported. The Sheriff’s Office, however, said the May 28 incident had been reported.  Democrat Commonwealth’s Attorney Buta Biberaj, one of five Virginia D.A.’s who won her office with help from Democrat mega-donor George Soros, actually tried to have Mr. Smith jailed. She is the subject of another recall.

The Democrat-dominated school system continued the cover-up and transferred the suspect to another high school, Broad Run, where he allegedly victimized another girl four months later on Oct. 6 and was charged again.

Can it get any worse than this? Yes, if Virginia parents and other voters are clueless enough to vote Democrat.

The GOP has a powerful slate of candidates for the top offices, including two minority candidates who are the Democrats’ worst nightmare.

Suppose the voters elect Mr. Youngkin, Ms. Sears, and Mr. Miyares, and Republicans retake the legislature. In that case, it will signal to the rest of America that the Democrats’ wicked game of exploiting minorities is over and that no amount of vote fraud will preclude a reckoning.

During a debate, Mr. Youngkin was handed a powerful issue after his opponent, Terry McAuliffe, said that he opposed parents having a say in what their children are learning and what books they should read. Mr. McAuliffe basically said, “Shut up. They’re the government’s kids, not yours.”

Add to that U.S. Attorney General Merrick Garland’s order to the FBI to investigate dissident parents as potential sources of “domestic terrorism and hate crimes,” which may have been inspired by Mr. Smith’s arrest, and you have an alarming picture of the war on Virginia parents.

At the national level, Americans are outraged over literally millions of illegal aliens pouring over the southern border, unconstitutional COVID-19 vaccine mandates, raging inflation, a drop-off in jobs created, higher taxes on the way, and imposition of transgender insanity in schools and the military.

And those are just the lowlights.

Government-heavy Northern Virginia and vote fraud may swing the election for Democrats. Still, they know they are in a fight for their political lives this time around, with national implications. Both parties are pouring in resources and looking for paid volunteers.

As Halloween approaches, Democrats are in their usual costumes, pretending to be “moderates.”

Anyone paying attention should be able to see right through them.

The post Virginia Gave American Her First Revolution — and May Do So Again appeared first on DailySurge.