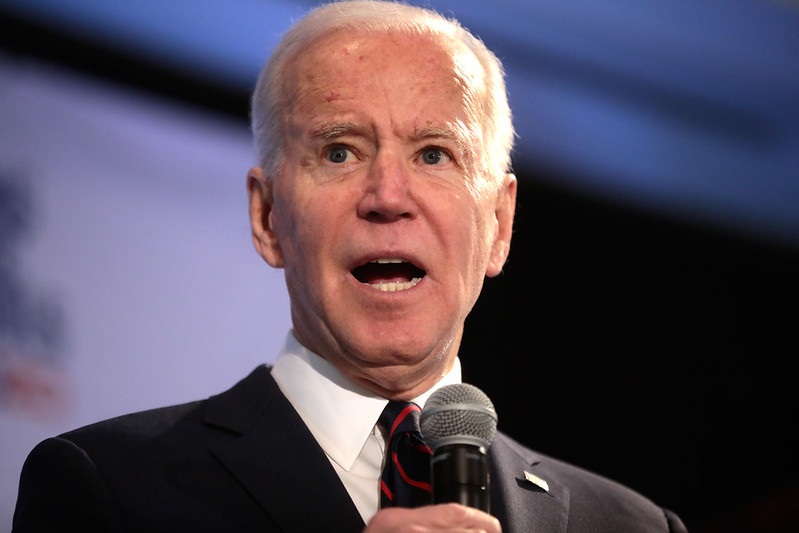 Surge Summary: It’s getting increasingly difficult to deny the Biden Administration is actively and intentionally working to diminish America’s condition domestically and place in the world. Policy after policy affirms this suspicion – and the America people are beginning to notice.

It is nearly impossible for Americans to imagine their President the enemy within. It would be one thing if the entire Biden administration was simply incompetent. But the emerging evidence strongly indicates Biden’s policies are intentionally designed and deployed to bring America to her knees.

President Trump declared war both as a candidate and as President. He declared war on entrenched D.C. corruption, illegal immigration, anti-growth economic policies, bad trade deals, and all manner of anti-American international agreements and entanglements. He declared war on our enemies, fighting smart for liberty and prosperity.

President Biden has declared war on traditional Americanism and on Americans, the exact opposite of President Trump’s war on all things anti-American. Call it MAGA, or call it America First, the Trump Revolution was wildly successful no matter how you slice it, benefitting ALL. Biden’s war benefits only communist elites.

The focus for Biden is radical ‘progressivism,’ an agenda that puts the central government in total control in order to redistribute wealth internally, and well as overseas, an economic scheme that is a blend of communism and fascism. The rich far left gets richer under these tax and spend policies, and the rich far right also benefit so long as they conform. The other leg of the agenda stands on submission to Asian and European powers who look to create central power in global government achieved in large part via the Green New Deal, a massive drive to centralize power, redistribute wealth, increase taxes, and call winners and losers.

The real trouble with Bidenism, which is actually Obamaism (communism/fascism) is it defies economic and political realities. The Chinese are not our friends no matter how much Biden pretends they are, and never forget, he has helped the CCP (Chinese Communist Party) for decades, lining his pockets in the process.  Communism does not work even when America subsidizes the mirage, even when the CCP enjoys every concession from the west as they steal and undercut at every turn.

Jihad will never cooperate with the West no matter how much Biden pretends moderates will prevail.  His humiliating and horrific bollocks in Afghanistan proves the point.  What kind of man puts Americans in harm’s way, does nothing to protect them, then leaves them in harm’s way with no remedy? Answer: a scoundrel.

The supply chain is crippled, causing shortages, and Biden does nothing. His Sec. of Transportation appears AWOL for two months as 1,000 ships can’t deliver goods thanks to far left policies injurious to labor and transportation.

Our allies are wobbly in the face of Biden’s glaring cowardice and incompetence.  Our enemies are heartened.

At home, inflation and stagflation are destroying the middle class and heaping sufferings on the poor.

Biden’s move to send the FBI against parents protesting the education system foreshadows storm troopers. His intention to unleash the IRS to surveil our bank accounts is a totally fascistic move.  Threatening to prosecute anyone refusing to testify before Congress relating to the protests of Jan. 6 reveals the thug nature of this regime. Censorship and surveillance indicts Biden as a paranoid dictator desperately grasping at power, a man now despised by the majority of voters.  His desperation in dementia drives more Democrats to seek cover and even socialists feel vulnerable.

Further fanning the flames of impending doom, Biden pushes vaccine mandates without an official legal determination they are lawful, telling us he is very impatient with our resistance. His mandates defy science and the will of the people to preserve private doctor relationships. Mandates have sparked rebellions among huge numbers of healthcare workers, first responders, labor unions, educators and airline pilots, all professionals who know vaccines are not the final solution, they pose serious risks, and the President is twisting arms without authority. Demanding vaccinations, the President causes more problems, solves nothing, but accomplishes more economic devastation.

Overall these disasters we now find the majority of voters believe the 2020 election was at least tampered with if not riddled with fraud, causing more voters to conclude Biden is not legitimate, supporting beliefs making impeachment more and more likely.  Biden’s solutions?  Thwart legitimate investigations and introduce legislation to federalize all elections. (According to the Constitution, the states have the authority to run elections, but Biden can’t be bothered with obeying the Constitution.)

What kind of President aggressively flames the fires of racial conflict even as he promotes the entirely unpopular policy of universal, government-funding abortion on demand?

On top of all this we now face an energy crisis and a food crisis, engineered by this regime in the name of saving the planet, the unspoken goal, achieving submission across the board. After all, if you control medical care, transportation, energy, finances and agriculture, you control it all.

Every time a Biden administration official opens his/her mouth, a lie proceeds. The American people are not stupid. They are not fools. They know a fraud when they see one. And when the powerful work 24/7 to impoverish and imperil The People, it is time to remove the powerful and reaffirm American principles of limited government, the consent of the governed, accountability and the sovereignty of the individual, an individual free to prosper and share the blessings of liberty.

The post What Else Can You Call It? Joe Biden’s War on America … appeared first on DailySurge.