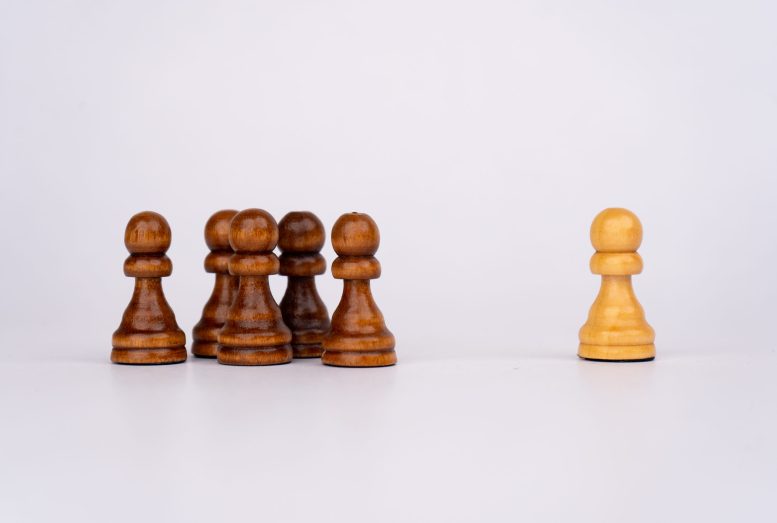 Surge Summary: A band of intrepid doctors are risking their careers and reputations in refusing to tow the popular line regarding COVID-19 and vaccines. They’re asking tough questions, making some audacious claims.

Cicero cautioned, “that we do not recklessly and presumptuously assume something to be true.” That is good advice for any day, especially today when opposing voices involve everyone’s health. Don’t believe someone because he is impressive, has credentials, is in a place of authority, is very successful, and talks out of both sides of his mouth.

He may be President of the United States and….

Some medical experts declare that the Red Chinese coronavirus does not even exist, and people are dying, as they always have, from several sundry sicknesses.

Therefore, the required vaccines are fake vaccines that actually cause death rather than protecting one from severe disease and death. If so, that is illegal, immoral, and irresponsible.

Dr. David Martin asserted, “Let’s make sure we are clear… This is not a vaccine. They are using the term ‘vaccine’ to sneak this thing under public health exemptions…It’s not a vaccine. It is made to make you sick… You are getting injected with a chemical substance to induce illness, not to induce an immuno-transmissive response… This is about getting you sick and having your own cells be the thing that get you sick… Our leadership who are actively participating in this malfeasance must be made aware that this participation will have consequences. This kind of complicity is no different than what the German doctors and scientists were accused of and went to trial for at Nuremberg.”

If the above accusation is true, then, of course, it is worse than the Nazis and an account far more thorough (and far fairer) than the Nuremberg trials must be made. If the charge is inaccurate, the doctor should answer to a court and account for such irresponsible remarks. Could a doctor with such a high profile be so stupid to make such a charge if he cannot substantiate his charge?

Note, Martin charged that COVID-19 vaccines were produced to “make you sick.” He is not charging a mistake made by federal health officials but a planned pandemic to reduce the population! A normal person recoils at such a suggestion, but he is not alone in his charge.

A coalition of 18 independent physicians and lawyers make up AmericasFrontlinedoctors.com who sued the state of Alabama, alleging “that they have proof that there never was a COVID public health emergency.” They further allege that the CDC rigged the PCR tests to inflate the numbers of COVID-19 deaths. The doctors tell us “testing for COVID-19 is based upon the PCR test which has been established to create approximately 80-90% false-positive results.”

It is a significant factor that the above doctors are not anti-vaccine, which removes the most damaging weapon from their critics. Unlike federal political physicians, private physicians risk everything to present what they consider life and death medical facts while federal health officials are charged with spinning myths, mistakes, and malice.

I’m not a physician, but if the highly qualified, independent physicians are correct, it sounds as if some elite city boys are selling a pandemic to some country bumkins. And if found guilty, the elites will end up in the pokey for a few years.

The independent doctors charge that 99% of all deaths attributed to vaccines in the first quarter of 2021 “are attributed to the COVID-19 Vaccines, and only 1% are attributed to all other vaccines.” Additionally, a whistleblower has provided government data documenting 48,465 deaths within 14 days of COVID-19 vaccination among Medicare patients alone, according to Lifesitenews.

So, we have a vaccine problem, in addition to or instead of a COVID problem.

The frontline doctors declare COVID-19 vaccines do not prevent diseases, so why get the shot since it is experimental and has not been proven safe or effective through years of arduous trials. Plus, no one on earth can give any assurances of long-term consequences. Even federal officials are not so stupid to provide such guarantees.

But stay tuned for Biden’s next news conference.

Americas’ Frontline Doctors made inflammatory charges about COVID and federal health officials, and one group will prove to the world to be failures, frauds, or fools. Will it be a group of independent, impressive, and intrepid physicians or political physicians at the CDC and the FDA?

I must emphasize that these independent physicians, critical of federal health officials’ handling of COVID-19, are not theoretical doctors but have been treating COVID patients for years with incredible success using common, safe, off-label drugs. The federal health officials have never sat across the desk from a COVID patient. Dr. Fauci worked for one year in a hospital.

Not being a physician, I can’t decide on the scientific merits of the issue; however, I know the CDC officials (with a history of fakery, fraud, and failures) have turf to defend that includes high salaries, perks, reputations, etc. Additionally, some CDC officials may have visions of a trip to Oslo dancing in their heads. And the Fauci COVID vaccine has a splendid ring, somewhat like the Salk polio vaccine. The frontline doctors have risked everything, especially their medical licenses, by taking a critical position and opposing, even criticizing, the whole medical establishment, including the prestigious medical journals.

It should be remembered that these “safe and effective” vaccines that have been forced on the world were not thoroughly tested. The Oxford/AztraZeneca COVID inoculation was created in just 65 days at the cost of $3.00 per shot! It takes many years to test a vaccine, not a few months. The creation of a vaccine usually requires 10 to 15 years of research before the vaccine is made available to the general public. All the COVID vaccines were produced in a few months. They were designated as Emergency Use Authorization (EUA). That means temporary but also means slipshod, and we have we-were-in-a-hurry vaccines.

It is believed the vaccines are spreading the pandemic rather than inhibiting it, thereby causing patients to die. The CDC recently acknowledged that fully vaccinated people can still get COVID, die of a COVID infection, and infect others with COVID. A weekly German-language medical magazine Deutsches Ärzteblatt reported on the work done by Dr. Peter Schirmacher, director of the Pathological Institute of the University of Heidelberg. He revealed that toxicology reports indicate that 30%-40% of a sample of 40 people who died within two weeks of vaccination indeed died from the vaccine. That was supported by autopsies done by him. The Pathologist magazine considers Schirmacher one of the world’s 100 most influential professionals in the field.

So, to be clear, COVID vaccines appear to be more dangerous than the COVID-19 virus!

Dr. Peter McCullough, epidemiologist, internist, cardiologist of medicine, takes that position. He was vice chief of internal medicine at Baylor University Medical Center and a professor at Texas A&M University, and editor of two medical journals. He has published chapters in 33 medical textbooks, lectured in 371 national and international medical forums, and published 857 medical abstracts and peer-reviewed manuscripts. Is McCullough so irresponsible to destroy his reputation (and career) with false accusations?

McCullough also declared, “the vaccines do not work, and the vaccines are unsafe.” But then, every thinker knows that truth: no one on the face of the earth can promise any drug or vaccine is safe. Moreover, if a trial results in deaths and disabilities, the trial is stopped. But not with COVID-19 vaccines. America’s Frontline Doctors assert the government’s own reporting website indicates the vaccines should have been pulled from the market almost immediately.

Dr. Vladimir Zelenko, nominated for the Nobel Prize in his work on COVID, forcefully declared, “COVID-19 is a bioweapon designed and paid for by sociopaths in order to create global panic and manipulate humanity into sheepishly getting injected with a poisonous death shot.” If true, federal health officials should go to prison; if false, Zelenko should go to prison.

Zelenko’s charge is supported by former Pfizer chief scientist Dr. Michael Yeadon who says the COVID shots and their endless boosters are “depopulation weapons” designed to enslave and kill.

Wow, that is devastating coming from a former top Pfizer official.

Physicians who are experts in their various fields and who are dealing with COVID patients daily have everything to lose but declare: the COVID-19 virus does not exist, and people are dying of the Fauci Flu and other diseases; the vaccines were produced swiftly without the typically lengthy trials and are causing needless deaths; the PCR test for COVID cannot differentiate between COVID and the ordinary flu; the vaccines are not even vaccines but a medical treatment being forced on world citizens; and the adverse reactions from the vaccinations are not being reported which would result in the vaccines being removed from the shelves as with other vaccines.

Whatever the answer, we have major health problems right here in River City, and I look askance at federal functionaries who remind me of Hadacol (12% alcohol) pitchmen in 1951. When the inventor of Hadacol was asked why he called it Hadacol, he replied, “I hadda’ call it something.”

At least Hadacol salesmen did not continue flipflopping like a fish stranded on a beach.

(Dr. Don Boys is a former member of the Indiana House of Representatives who ran a large Christian school in Indianapolis and wrote columns for USA Today for 8 years. Boys authored 20 books, the most recent, Reflections of a Lifetime Fundamentalist: No Reserves, No Retreats, No Regrets! The eBook is available at Amazon.com for $4.99. Other titles at www.cstnews.com. Follow him on Facebook at Don Boys, Ph.D., and visit his blog. Send a request to DBoysphd@aol.com for a free subscription to his articles, and click here to support his work with a donation.)