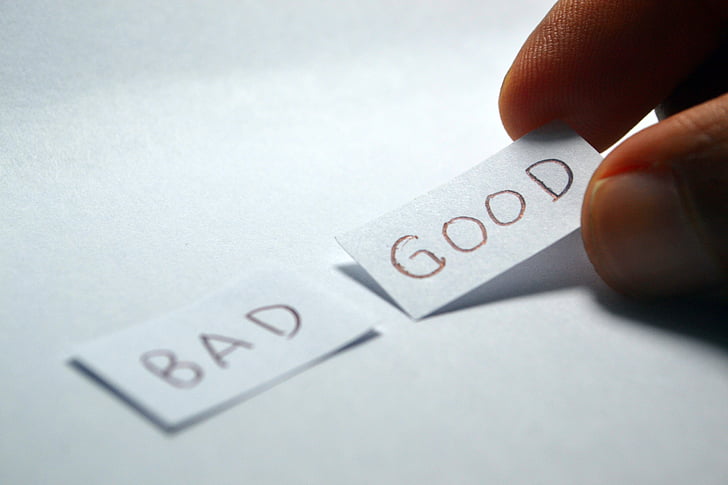 Surge Summary: There is a time to reject “discrimination” as an unalloyed evil — and a time to “discriminate” against bad things. The distinction is vital.

Today there doesn’t seem to be anything considered more inappropriate or reprehensible as discrimination. But there are two meanings to the word “discrimination.”

According to the Oxford Dictionary, the first definition is “the unjust or prejudicial treatment of different categories of people: victims of racial discrimination.” The second is “recognition and understanding of the difference between one thing and another: discrimination between right and wrong.”

When the word “discrimination” is used, most people think of its first meaning, especially concerning something as controversial as discrimination against LGBTQ. Rarely do they think of its second meaning, which involves discernment and the need to distinguish between right and wrong. In other words, while the first meaning, unjust treatment of certain people, is unacceptable, the second meaning qualifies the first by clarifying there are occasions when it is appropriate to exercise moral discrimination concerning others.

When I was a youngster, my parents solemnly warned me: “Don’t lie down with the dogs, lest you get up with fleas.” The Scriptures teach this same kind of moral discrimination, admonishing:

“He that walketh with wise men shall be wise: but a companion of fools shall be destroyed” (Prov. 13:20).

Moral discrimination is essential to a life successful with God, and more often than not with one’s fellowman.

Paul’s epistle to the church of Corinth uses powerful words calling for moral discrimination. Much like Las Vegas is known today for its gambling, Corinth was renowned for its sexual immorality and lustful living. Paul called on the Christians in that ancient city to exercise moral discrimination, saying:

“Do not be bound together with unbelievers; for what partnership have righteousness and lawlessness, or what fellowship has light with darkness? Or what harmony has Christ with Belial, or what has a believer in common with an unbeliever? Or what agreement has the temple of God with idols? For we are the temple of the living God; just as God said, I will dwell in them and walk among them; and I will be their God, and they shall be my people. Therefore, come out from their midst and be separate, says the Lord. And do not touch what is unclean; And I will welcome you. And I will be a father to you, and you shall be sons and daughters to me, says the Lord” (2 Cor. 6:14-18).

The late Warren W. Wiersbe, in his commentary on these verses, wrote:

“It is nature that determines association. Because a pig has a pig’s nature, it associates with other pigs in the mud hole. Because a sheep has a sheep’s nature, it munches grass with the flock in the pasture. The Christian possesses a divine nature, and therefore should want to associate himself only with that which pleases the Lord.”

Is this a proper comparison?

“Martin Luther King Jr. dreamed that his children would be judged not by the color of their skin, but by the content of their character. A person’s character is expressed in his voluntary actions, and it is reasonable to make judgments about those actions. Race implies nothing about one’s actions.”

At least fifteen cities throughout the Tar Heel state have now passed SOGI ordinances. While the LGBTQ community and the lawmakers who passed these new so-called non-discrimination policies celebrate, they fail to recognize that they have now opened the door to religious discrimination against those who see the need to morally reject any endorsement or participation in LGBTQ.

Furthermore, no matter how measured policymakers may attempt to address the religious component, if the policy restricts people of faith who see same-sex relationships as immoral, if they can’t operate their businesses or other affairs in public life freely without the threat of reprisal from their government, then religious freedom is seriously diminished, if not lost altogether.

It is not that conservative Christians hate or weaponize their faith, as some have claimed. It is not that they can’t serve LGBTQ persons in many ways and wouldn’t welcome the opportunity. Nevertheless, their firm conviction is that they must not lend any form of credence to that way of life.

Dr. Mark H. Creech is the Executive Director of the Christian Action League of NC.

The post Two Kinds of Discrimination: One Very Bad, One Very Necessary appeared first on DailySurge.