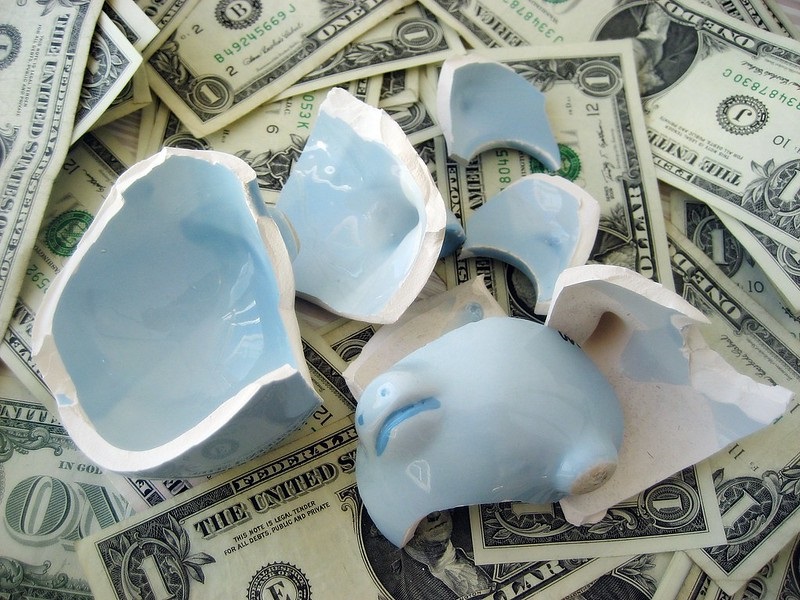 Surge Summary: There are lots of widely-circulated but destructive economic myths that simply won’t die. These hurt people. A new book essays to overturn some of them.

Editor’s Note: The “Author Q&A” is an e-publication from the Institute for Faith & Freedom at Grove City College. Each issue will present an interview with an author of an intriguing new book that we hope will prove illuminating to readers everywhere. In this latest edition, we sit down with Dr. Caleb Fuller to discuss his new book, No Free Lunch. The book is now available at Amazon, click here.

IFF: Freiling Publishing just released your book, No Free Lunch: Six Economic Lies You’ve Been Taught and Probably Believe. Why did you write it?

Fuller: It was an accident. Grove City College gave me the opportunity to contribute to the College’s “Life of the Mind: Great Lectures from the Grove” video series. I filmed a course titled “Everyday Economic Errors.”

Before filming, I sent the script to an economist friend of mine, Rosolino Candela. Besides offering helpful suggestions, he also made an off-hand remark that my script read like a small book. The thought hadn’t even crossed my mind. After reworking my material, I showed the manuscript to Tom Freiling, who enjoyed it and said he’d be pleased to publish it. I’m grateful to GCC, Rosolino, and Tom.

More substantively, I wrote the script and subsequently the book because it had been some time since anyone had attempted an update to Henry Hazlitt’s classic little book, Economics in One Lesson. That book was impactful on generations of students and citizens, including myself. Hazlitt’s book taught me the real-world relevance of economics and the importance of human societies getting the economics “right,” but many of its examples will feel archaic to the modern reader.

Economics is deadly serious business. For many people in the modern world and throughout history, getting the economics right means the difference between life and death. Inspired by Hazlitt and Frederic Bastiat before him, I wanted to communicate the basic principles of economics, and what it tells us about human flourishing, to a new generation.

IFF: What are the economic lies you address? How do these harm people?

Fuller: In my book, I give six examples.

First, “Destruction is profit.” This phrase comes from Bastiat’s 1850 essay, “That Which is Seen and That Which is Unseen.” This lie says that “economic activity” is synonymous with “productive economic activity.” The lie is spread whenever someone praises natural disasters or wars for creating a flurry of activity. It’s a lie because it forgets about the alternative uses of scarce resources. One reason it’s harmful is because it sees a silver lining in war where there is none. For example, many hold that World War II ended the Great Depression when, in fact, the former only prolonged the latter. The data supports this view of the relationship between war and prosperity—if you only know where to look!

Second, “Lunch is free.” If there’s one phrase that summarizes the “economic point of view,” it’s “there’s no such thing as a free lunch.” This expression captures the idea that trade-offs are inherent in all choices humans make. When we forget that all goods must be allocated among competing uses for them, we end up supporting policies that are inimical to human flourishing. The example I focus on in chapter two is rent control. Mankind has had a 4,000 year-long love affair with price controls, and each time, the results are the same. Free lunch thinking at its most disastrous. Product deterioration, waste, and even discrimination follow in the wake of price ceilings. It’s a timely message for the 21st century proponents of rent control.

Third, “Intentions guarantee outcomes.” If this lie were true, there’d hardly be a need for economics. The only thing that could prevent us from legislating better outcomes would be a lack of political will. In reality, its economic law that often scuttles our best intentions. When public policy changes the relationship between costs and benefits, people’s actions change too. Read chapter three to learn about some life-and-death examples.

Fourth, “Exchange is exploitation.” If this lie is true, we might as well scrap the rest of economic theory. Both parties anticipate gain from swapping property titles when exchange is voluntary. Denying this teaching of economics causes tremendous harm, presently, to the world’s poorest people. This lie undergirds support for policies like “import bans” on products that are made with low-skilled labor. Economics teaches us that such policies will reduce the demand for such laborers, leading to lower wages or to unemployment for them. It’s an unpopular message to those in the West, but large employers of these folks rescue them from the even worse fate represented by their relevant alternatives. Read chapter four for the details.

Fifth, “Trade is war.” Some people just aren’t convinced that trade makes the world a wealthier place. But the theoretical and empirical evidence supporting the notion that it does is overwhelming. When you believe that “trade is war,” you end up cheerleading for policies that make us poorer—like tariffs, or other restrictions on international trade. Economists have been hammering home the idea that free trade makes societies wealthier, since at least the days of Adam Smith. But widespread support for tariffs suggests it can’t hurt to repeat this wisdom one more time with feeling. I do so in chapter five.

Sixth, “Markets are unregulated.” Many people I’ve spoken with seem to think that “free markets” demand an “appropriate” level of regulation (still waiting to hear what the “appropriate” level is). I’ve got good news, however. Free markets come pre-regulated, as it were. All markets are regulated by the profit-and-loss system. In fact, this regularity is a big part of the reason economics has a subject matter in the first place. When we ignore this fact, we end up supporting policies which undermine the regulatory functions of profits and losses. One consequence is an increase in the amount of discriminatory behavior that occurs in marketplaces. Of course, that’s an outcome that these critics of markets despise—as do I. Read chapter six for the argument.

IFF: Who should read your book?

Fuller: Anyone who is curious about the social world. To my mind, curiosity is the most important trait for anyone seeking to learn the basic principles of economics. What’s the relationship between war and prosperity? Why does rent control make it harder to find affordable housing? How might occupational licensing for electricians make us less safe? These are the sorts of questions that economics answers. I hope reading my book will be only the beginning of an economics journey for many.

Each of us depends on an intricate, complex division of labor for the most basic of our daily needs. Adam Smith wrestled with this problem 250 years ago by discussing the numerous workers who all contribute to fashioning a simple “woolen coat” on a “day laborer’s back.” Smith observes that in a single person’s lifetime, he scarce has time to make more than a few close friends. Yet, for every article of clothing he wears, he relies on the cooperation of a vast, anonymous multitude. It’s that cooperation which makes material flourishing possible in this present vail of tears. Economics explains the institutions that facilitate (and impede) that cooperation.

Economics also teaches us humility because it serves as a rebuke to those who inhabit the halls of power. Historically, whenever the monarch wanted to do something, economists would examine whether the policy means was suitable for achieving the policy end. And, of course, they wanted to know: what are the costs? In short, they were always reminding policymakers that great intentions are insufficient to generate great outcomes. When policy bumps up against the constraint posed by economic law, well-intentioned policies yield destitution and deprivation. That’s a hard pill for the powerful to swallow.

Humility, coupled with curiosity, will never fail you in your study of economics. I hope my small book can provide a helpful nudge in that direction.

The post ‘Free Lunch’ and Other Economic Myths that Need to be Put Down appeared first on DailySurge.