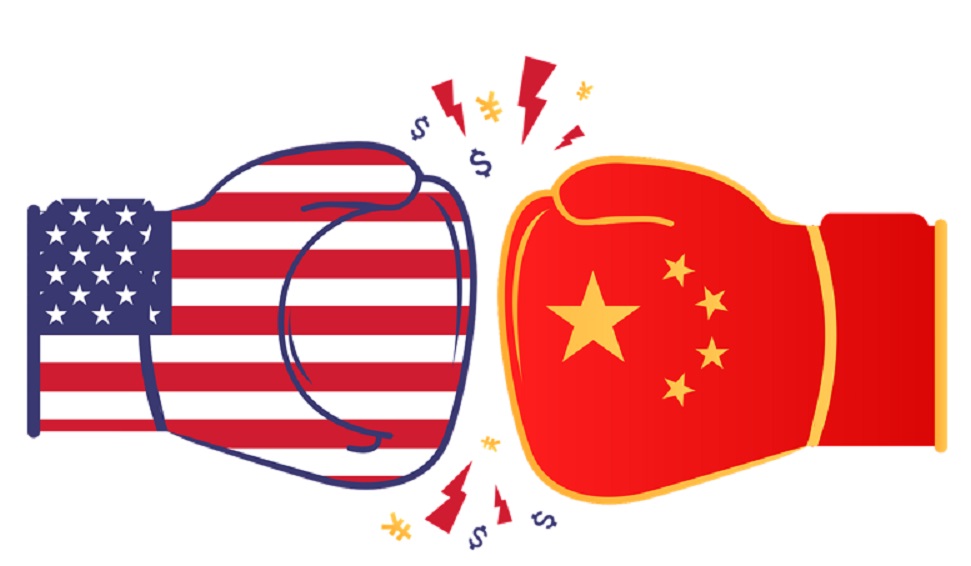 Surge Summary: The United States must push back both ideologically and economically against China as it pursues its plans to dominate the world.

What are the real intentions of China’s President Xi? How nefarious are his plans? And how should the west respond? When I asked these questions to a colleague who has lived and worked in China for almost all of his adult life, someone fully absorbed in the culture and well-educated in Chinese thought, he replied bluntly, “China wants to dominate the world.”

He explained further, “China wants to dominate the world’s economy and to have the ability to cripple the economy of the rest of the world.” And, my colleague commented, it is very possible that China could succeed.

All the more reason, then, that we refuse to capitulate to China, not ideologically and not economically.

Unfortunately, it appears that for some time now, we have been doing the exact opposite.

Earlier this month, Business Insider reported, “Apple has taken down a Quran app and a Bible app in China at the request of Chinese officials, the company confirmed to the BBC.”

And why, pray tell, did Apple do this? “Apple directed the BBC to its Human Rights policy, which says: ‘We’re required to comply with local laws, and at times there are complex issues about which we may disagree with governments and other stakeholders on the right path forward.’

Put another way, we dare not rock the boat and get China upset. We make far too much money in China and depend way too much on China for us to take a stand for human rights and religious liberties. Instead, in the name of Human Rights, we will sell out countless millions of Chinese Christians and Muslims. (For updates regarding Apple and censorship, see here.)

It was back in May that wrestling and acting superstar John Cena issued an apology to China in Chinese for his grievous sin of referring to Taiwan as a country. How treasonous!

But with a new Cena flick about to be released to the massive viewing audience in China, how could he not apologize? Too much money was at stake.

After all, in 2019, when Daryl Morey, the general manager of the Houston Rockets basketball team tweeted out his support of the Hong Kong protesters, the backlash was immediate and severe.

Chinese businesses severed their ties. “The Chinese Basketball Association said . . . it would suspend all cooperation with the Texas-based team.” And, in an official statement, “China’s consulate general in Houston also urged the team to ‘clarify and immediately correct the mistakes.’” The NBA’s very relationship with China was endangered.

But fear not. Morey quickly issued an apology, saying, “I did not intend my tweet to cause any offense to Rockets fans and friends of mine in China. I was merely voicing one thought, based on one interpretation, of one complicated event. I have had a lot of opportunity since that tweet to hear and consider other perspectives.

“I have always appreciated the significant support our Chinese fans and sponsors have provided and I would hope that those who are upset will know that offending or misunderstanding them was not my intention. My tweets are my own and in no way represent the Rockets or the NBA.”

One year later, whether related to this incident or not, Morey resigned from his position in Houston, moving on to work with another NBA team. How interesting.

As for LeBron James, one of the NBA’s greatest and most influential players of all time, a man never afraid to speak out against racial inequality in America, the situation in Hong Kong was different. He said, “I don’t want to get into a [verbal] feud with Daryl Morey, but I believe he wasn’t educated on the situation at hand, and he spoke. And so many people could have been harmed not only financially, physically, emotionally, spiritually. So just be careful what we tweet and say and we do, even though, yes, we do have freedom of speech, but there can be a lot of negative that comes with that, too.”

Perhaps Morey could benefit from a Chinese reeducation camp!

But the plot has only thickened for the NBA, as Enes Kanter, now with the Boston Celtics, and himself a Turkish Muslim, has spoken out openly against Chinese control of Tibet along with Chinese oppression of the Uyghurs. And he has made it clear that he will not back down.

As he tweeted on Sunday, “XI JINPING and the Chinese Communist Party

“Someone has to teach you a lesson,

“I will NEVER apologize for speaking the truth.

“You can NOT buy me.

“You can NOT scare me.

“You can NOT silence me.

Already this is costing the NBA money, as Chinese TV stations are refusing to air certain games on their network.

Will the basketball league find a way to force Kanter into backing down? Or is there any way he will back down?

While I’m not a fan of name-calling (as in “XinnieThePooh”) I commend him for standing his ground. May others follow in his stead. Otherwise, where will it all end?

It was reported this week that China is pressuring the Vatican to sever its ties with Taiwan. Will the Vatican cave in to these demands, ostensibly to improve relationships with the Chinese Catholic Church? Or will the Pope do what is right?

Interestingly, my colleague in China told me that across the country, Christians, both liberal and conservative, were praying for the reelection of President Trump in 2020.

He explained that, while the Chinese liked Obama, they didn’t respect him. As for Trump, as much as the government disliked him, he was liked and respected by the populace. That’s because he held his ground and pushed back aggressively, but all while speaking graciously of the people of China themselves (and even of President Xi himself).

Caving in and capitulating and acting like fawning mercenaries impresses no one, let alone gains anyone’s respect. Really now, who respects a hireling with compromised ethics?

Not surprisingly, when I sent the link of the Cena apology to my colleague, someone who dearly loves the Chinese people, he said, “Money speaks, and China knows it.” Precisely so.

And this underscores the irony of our moral capitulation to China for the sake of money. In the end, the one to whom we capitulated will become our master, economically and beyond.

To ask the question in advance, was it worth it?

There’s still time to change the narrative, and that starts with putting morals before money. Will we do it?

(When I sent this article to my colleague to be sure I represented him accurately, he replied with this quote from Benjamin Franklin, “Those who would give up essential Liberty, to purchase a little temporary Safety, deserve neither Liberty nor Safety.”)

The post When It Come to U.S./China Relations What Comes First: Money or Morals? appeared first on DailySurge.