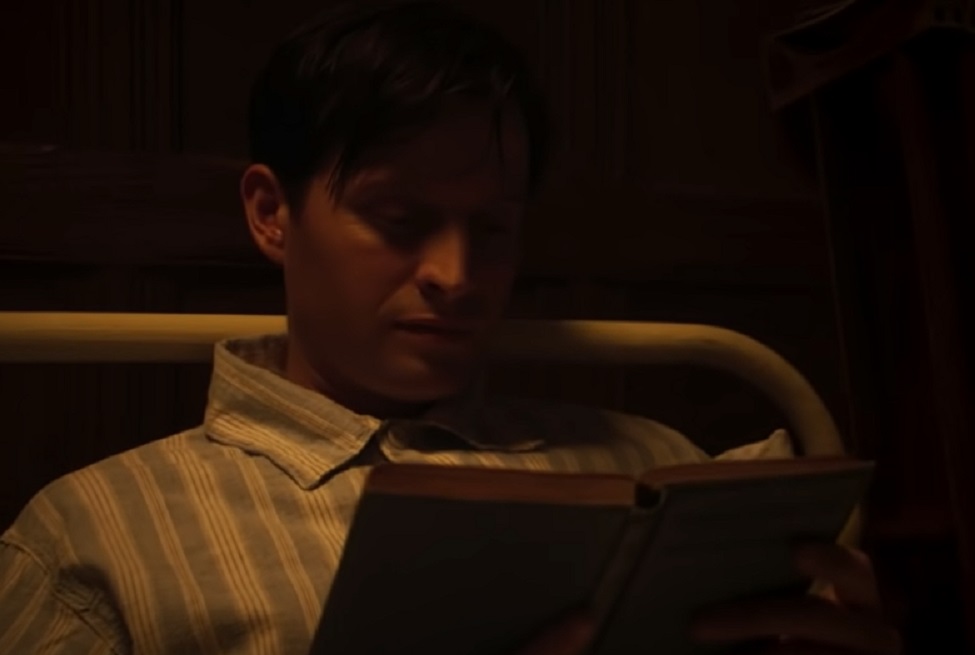 America’s founders said our rights come from God. This is enshrined in our national birth certificate, the Declaration of Independence. And yet many of the intellectual elites in the West (including in America) in the last century or so have abandoned belief in the Creator.

The theory of evolution helped grease the skids toward unbelief. In 1860, a year after the publication of Darwin’s On the Origin of the Species, there was the “Great Debate” in a building at Oxford University that now houses a science museum and collection.

It is generally held that the evolution side won, and this debate did much to cement the idea that evolution was true.

But now comes a new movie—which, in my humble opinion, is destined to become a classic—that’s opening scene is set in that very science museum in Oxford. And rather than push people away from God, it provides an encouraging story of one famous intellectual’s journey from skepticism to Christianity.

This movie is a breath of fresh air in our day of seemingly endless bad news. It is very well done and enjoyable.

The Most Reluctant Convert tells the story of the conversion of C.S. Lewis, who was a professor at Oxford and later Cambridge. His outstanding books make him perhaps the single greatest Christian writer of the 20th century.

Lewis wrote such books as Mere Christianity, The Screwtape Letters (for which TIME magazine put him on the cover in the 1940s), The Problem of Pain, and The Chronicles of Narnia series, including The Lion, the Witch, and the Wardrobe.

Actor Max McLean plays the part of the older C. S. Lewis who narrates the whole story. The film also includes two other actors portraying Lewis, one as a boy (about age 10) and the other in his 20’s.

I spoke with Max recently on the radio about the movie. He noted that in making the film, they got the rights from the C. S. Lewis estate to quote him deeply and vastly from a variety of sources. The chief source is Lewis’ autobiography (detailing his conversion), Surprised by Joy.

The film was a challenge to make because they made it “during the heart” of the COVID pandemic, when virtually everything was shut down.

He said that the British government allowed films to be made in mid- to late-2020 “under very strict COVID protocols.” Once things were lined up, Max flew to England and was quarantined for two weeks. Then he and his team were able to film in and around Oxford (18 separate locations) from mid-September to mid-October.

Max told me of Lewis’ change of heart: “His mature atheism came to the point where he believed that there was either no God behind the universe, a God of indifference to good and evil, or, worse, an evil God…The story of the film is how he moved from that very rock hard position, vigorous debunker, to become, as he said, ‘the most reluctant convert in all England.’”

Lewis had objected to the problem of pain. How could there be a good God in a universe with so much pain? Of course, the answer is that this is a fallen world.

Max noted that Lewis realized that to even acknowledge pain as a problem involved Christian insight: “Christianity creates rather than solves the problem of pain. For pain would be no problem unless side by side with our daily experience of a painful world, we have good assurance that ultimate reality is righteous and loving. And that’s what belief in God gives us. It gives us purpose and meaning as opposed to a world that is capricious, unrighteous, and unloving.”

Max, quoting Lewis, continued, “I call a line crooked because I have some idea of a straight line. What was I comparing this universe with when I called it cruel and unjust?”

Ironically, once Lewis realized that God was God, and his need to submit his heart to Christ, he expected that his life would become miserable: “My experience is I didn’t want it [Christianity] to be true.” But to his delight, Lewis found himself “surprised by joy.”

Max quotes Lewis (again): “If I find in myself a desire that no experience in this world can satisfy, the most probable explanation is: I was made for another world.”

I found this movie very encouraging, and I trust others will too. To get more information on how to see the movie, which premieres in this country November 3, see www.cslewismovie.com.