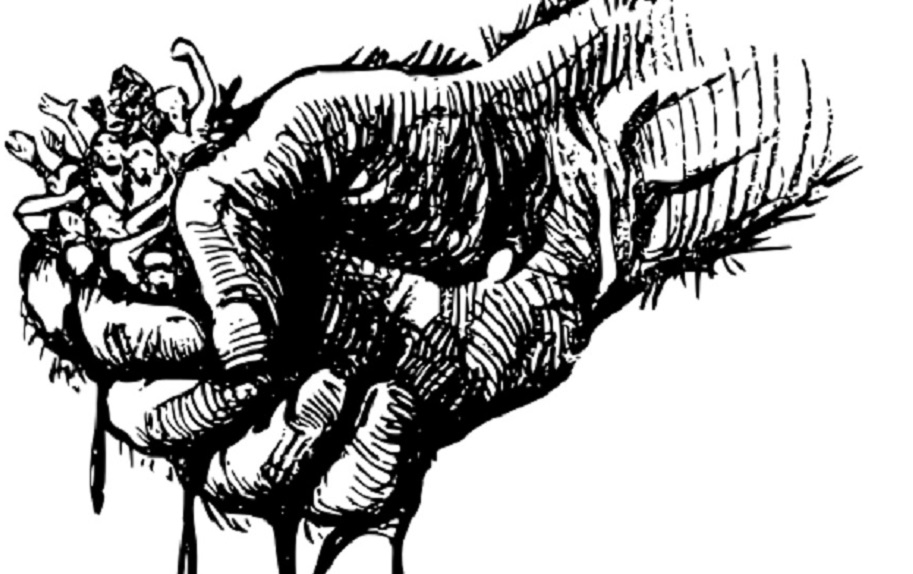 Surge Summary: When God-fearing men and women turn their society over to secularists, disaster inevitably follows. Restorative transformation, however, can occur when people insist on placing God and His ways back in the central place of their civilization.

Peter J. Leithart [born 1959] is President of the Theopolis Institute and serves as Teacher at Trinity Presbyterian Church, both in Birmingham, Alabama. He received a Bachelor of Arts degree in English and History from Hillsdale College in 1981, and a Master of Arts in Religion and a Master of Theology from Westminster Theological Seminary in Philadelphia in 1986 and 1987. In 1998 he received his Doctor of Philosophy degree from the University of Cambridge in England. He is the author of many books; among them 1 & 2 Kings, a commentary on the Book of Kings, which is particularly helpful in understanding how American Christendom spiritually became locked in religious secularism’s death grip.

Regarding Christianity’s trifling footprint in the culture, he suggests that contemporary political theology “is conducted in the rarefied idiom that is second nature to academic theologians who have never been engaged in any political struggle more serious than annual departmental budget battles.”

This customary circumvention of any political or cultural involvement may explain Christendom’s flimsy or even non-presence in the public square, despite this being in total disregard of Jesus’ ekklesia assignment from Matthew 16:18, where He states that “the gates of Hell shall not prevail” [if such engagement is undertaken].

The multitude of battles lost over the last 75 years include battles over all-important issues such as prayer in school; the Bible as the “principal text” in public education1; a baby’s right to live; the overthrow of the once Biblically based culture; the breakdown of Biblical marriage [by the Higher Court’s supreme beings]; America’s profane and sacrilegious culture; and the exaltation and normalization of transgenderism in public education. All of them are indictments of contemporary Christianity.

Yet, the Church didn’t wake up from its slumber.

“And do this, understanding the present time: The hour has already come for you to wake up from your slumber, because our salvation is nearer now than when we first believed.” [Romans 13:11; NIV]

It is quite useless to discuss things of God with those taught exclusively public education’s dictums and doctrines over the last 50 years, because their hearts are manifestly closed against Him. Yet, as Arthur W. Pink says in his Exposition of the Gospel of John: “Christianity treats not of theories and hypotheses, but of certainties and realities.”

American Christendom has played checkers over the last 100 years while the actual game is chess … although played on the same board, both games require totally different and distinct pieces and strategies.

What an innovative and enlightened idea it would be if Christian seminaries would launch into the culture Christian warlords “who know the times and know what to do.” These combatants would begin to walk point in the crusade to liberate and rescue the languishing soul of America. [myemail.constantcontact.com/The-Gift-of-Warlords.html?soid=1106253726374&aid=bGfiCWBzpGg]

If Christian leadership has “never been engaged in any political struggle more serious than annual departmental budget battles,” it speaks for itself that institutional leaders entering the public square will be ill-equipped and unprepared. The battle is real and fully warrants the term “battle” as referring to a hostile meeting of opposing forces in the course of a war.

Upon being elected to public office in 2020, NC Lt. Governor Mark Robinson observed: “I thought I was entering into public service but found out that I had stepped right into the middle of spiritual warfare.”

Jesus’ Kingdom assignment from Matthew necessitates the training, equipping and deployment of Christian warriors into the culture. Needless to say, this would require a working knowledge of civil government, the public arena, and proficiency in the acquisition and stewardship of political currency.

Overall, it would call for a complete reset of present-day American Christendom, and dismantlement of the current yardstick for measuring success: butts, buildings, and budgets.

As it says in Timothy 2:1-4 [NIV]: “I urge, then, first of all, that petitions, prayers, intercession and thanksgiving be made for all people; for kings and all those in authority, that we may live peaceful and quiet lives in all godliness and holiness. This is good, and pleases God our Savior, who wants all people to be saved and to come to a knowledge of the truth.”

Christianity’s shallow footprint in the culture seems to result from the spiritual condition of church membership. Nominal Christianity, unfortunately, stems from a steady diet of soft but hollow words from the pulpit. The issue, ostensibly, is not the nature of the Church but its functioning.

It has happened before. Martin Luther [1483-1546] and Philipp Melanchthon [1497-1560], the Reformation’s intellectual leader, were “profoundly depressed by the state of the church” in the 16th century. Luther triggered the Protestant Reformation in 1517 by nailing his 95 Theses to the door of the Castle Church. Best friends and mutually devoted, Luther and Melanchthon were buried next to each other at Lutherstadt Wittenberg, in the state Sachsen-Anhalt, Germany.2

Philipp Jakob Spener [1635-1705] played a similar role when welcomed as the new pastor in the German commercial center of Frankfurt am Main in 1666. In his function as the primary Lutheran preacher in a city of 15,000, as well as supervising the work of 11 other clergymen, Spener soon found “that almost everywhere there is something wanting” in an ostensibly Christian society that seemed to love God and neighbor too little. One could not look at what was left of Martin Luther’s reformation, he lamented, “without having quickly to cast [their eyes] down again in shame and distress.” With his program of reform that inspired energetic followers, Spener initiated one of the greatest renewal movements in church history.3

American Christendom’s abandonment of the public square, forfeiture of the once Biblically based culture, and relinquishment of the formerly dominant Christian content in public education portends ruinous consequences. By virtue of their sovereignty over public education, secularists have altered the views, values, politics and laws of the people of the United States.4

The Laodicean Church was a Christian community established in the ancient city of Laodicea [on the river Lycus, in the Roman province of Asia, and one of the early centers of Christianity]. The church in Laodicea had grown lukewarm and useless. Their selfish focus on wealth and culture kept them from living on purpose in this life. But Jesus offered them a second chance. He wanted a relationship with them again, and that relationship would put the church back on mission.5

Catholic philosopher, historian, and political theorist Thomas Molnar [1921-2010] assessed the implications of the Laodicean church, which could be nailed over the august entrance to the Supreme Court Building: “Soon after political power emancipates itself from spiritual authority it loses its own stability and, in short order, its legitimacy. The downward trend cannot be arrested. Individualism then anarchy appear as the natural consequence.”

We need Gideons and Rahabs to stand.

4. Archie P. Jones, Ph.D., The new Foreword to Benjamin F. Morris’ monumental history of early America, The Christian Life and Character of the Civil Institutions of the United States [1864].

The post There’s Hope! Secularists’ Fatal Death Grip on America Doesn’t Have to Prevail, If … appeared first on DailySurge.