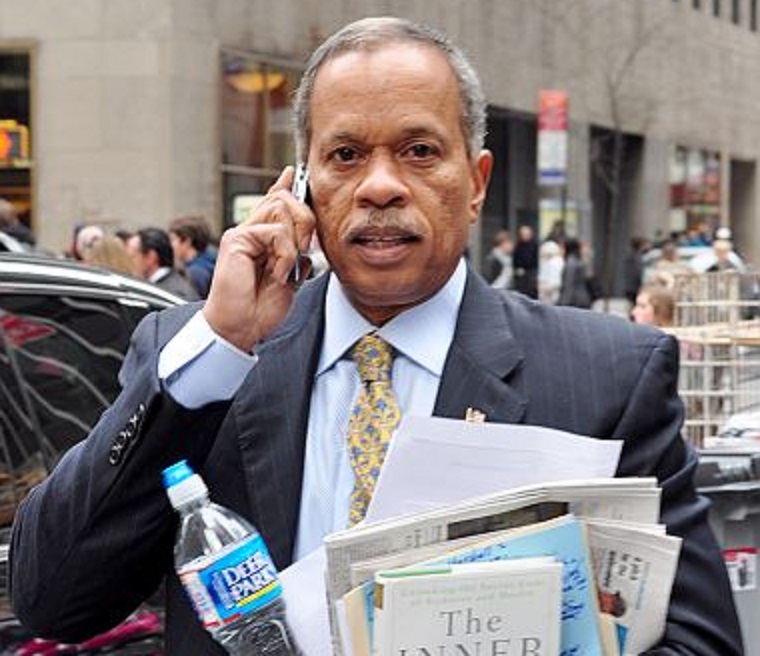 Surge Summary: It is wrong for Fox News Analyst Juan Williams to claim that conservatives’ are just acting out White Supremacy attitudes in objecting to Critical Race Theory’s being taught in American schools — and his accusation is disappointing as well. The facts bear out that many of CRT’s ideas ARE being promoted in the nation’s public schools. This is unacceptable.

In his November 1 op-ed for The Hill, Fox News Analyst Juan Williams claimed that the “parents’ rights’ mantra in the Virginia gubernatorial elections is simply “a code for white race politics.” To the contrary, this really is about parents’ rights and about what is best for all children. To inject charges of white supremacy and racism is to miss the whole point of why so many parents are so upset. In all candor and with due respect, I would have expected better from Mr. Williams.

With reference to campaigning strategies in the 2018 elections, he wrote, “Virginia Republicans are back with a new and improved ‘Culture Wars’ campaign for 2021. The closing argument is once again full of racial division — but this time it is dressed up as a defense of little children.”

Specifically, he claimed that, “It is a campaign to stop classroom discussion of Black Lives Matter protests or slavery because it could upset some children, especially white children who might feel guilt.”

To the contrary, every white Christian parent with whom I have interacted wants their children to know the truth about slavery, segregation, and the lasting effects of those sinful institutions. And they want to see equal opportunities for all.

In the words of former Secretary of State Condoleezza Rice, “The way we’re talking about race is that it either seems so big that somehow white people now have to feel guilty for everything that happened in the past.”

Most of all, these parents do not want everything to be about race, to the point that math can be seen as racist. Or that famous European poets and historians are cancelled because of their whiteness.

Remarkably, to make his case, Williams repeats the “very fine people” lie, writing, “Recall, it was Trump who famously said there were ‘very fine people’ on both sides of the violence sparked by ‘Unite the Right,’ the 2017 rally of white supremacists in Charlottesville, Va.”

Surely Williams must know that this has been debunked time and time again. But why let a good lie die?

He also claims that, “Critical race theory — broadly, a focus on racial disparities as a fact of American life — is not explicitly taught in Virginia’s public schools or anywhere in American public schools. But Republicans nationwide have made it a boogeyman to excite racial divisions and get their base to the polls.”

To be sure, there are different ways to define CRT. For some, it is healthy, positive, and objective. For others, it is unhealthy, negative, and biased. So, before we debate CRT, it’s important to ask, “What, exactly, do you mean by the term?”

And clearly, CRT in its full-blown, academic form, is not being taught to kids in Virginia (and elsewhere). But are classes taught through the lens of CRT? Without question.

As a Daily Wire headline announced on October 31, “Terry McAuliffe Claims CRT Has ‘Never Been’ In Virginia Schools. His Administration Pushed It, Documents Show.” The documentation is clear and undeniable.

Yet Williams approvingly cites McAuliffe, who said, “[Gubernatorial candidate Glenn] Youngkin’s closing message of book banning and silencing esteemed Black authors is a racist dog whistle designed to gin up support from the most extreme elements of his party — mainly his top endorser and surrogate, Donald Trump.”

To the contrary, it is authors with extremist views that are under scrutiny, or, at the least, authors whose views are being exploited by educators with extremist agendas, while contrary views are rejected and banned. (As an aside, but for the record, Youngkin largely campaigned as himself and for himself, not as an extension of Trump, as other political commentators have noted.)

To be clear, I would not deny that white racism remains an issue for some (perhaps many?) families in Virginia. Nor would I deny that some of them would prefer that the full truth about slavery and its legacy not be taught in schools. May they have a change of heart, may they face the facts, and may they enlighten their children. There is no place for white supremacy anywhere and at any time.

Unfortunately, Williams is guilty of a reverse racism, one that projects all kind of nefarious motives on to parents who really do care and who really want their kids to get a solid education rather than cultural brainwashing.

In that spirit, I recently tweeted, “The solution to anti-black racism is not anti-white racism (or anti-Asian racism, etc.). Instead, it is cultivating mutual understanding, respect, and love, with a real desire to see others thrive and enjoy the best of what America has to offer.”

Mr. Williams, I invite you to step higher with me so that, together, we could advance that mutual understanding, respect, and love – based on truth – rather than engage in an endless game of biased and racially charged sniping.

The post No, Juan Williams. ‘Parents’ Rights’ Is Not Code for White Race Politics appeared first on DailySurge.