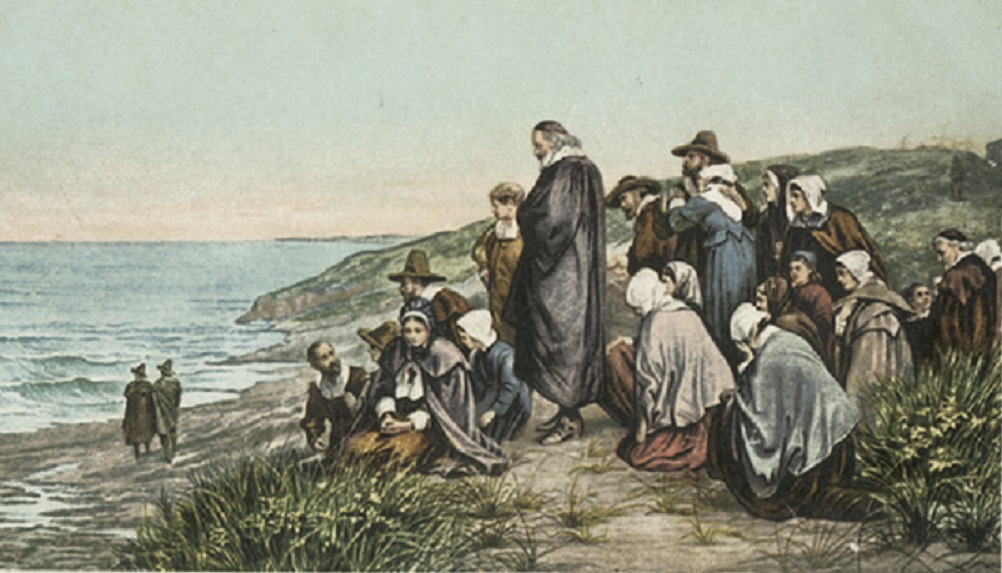 Surge Summary: Socialism’s track record is abysmal. It failed when the Pilgrim’s tried it – and it still fails everywhere it is tried today. When will people learn that lesson?

Socialism, one of history’s worst ideas, has been disproved repeatedly and without exception. Yet it keeps rearing its ugly head—constantly rebranded as a good idea.

Socialism only benefits the ruling class who implement this form of government theft.

Amazingly, early America had an experiment in socialism. The Pilgrim settlers tried socialism for two years–and it nearly killed them.

In his book, Socialism: The True History from Plato to the Present, William J. Federer quotes the socialistic bylaws imposed on the Pilgrims by those London merchants who funded the creation of their colony.

Under this agreement with these investors, the members of Plymouth Colony agreed to pool all their goods, and all the rewards of their labor, with each person being entitled to an equal share of it. No matter how hard or little you worked, you would get the same.

For our Providence Forum documentary, “The Pilgrims,” we interviewed Leo Martin, the founder of the Jenney Museum (Learning Center) in Plymouth.

Martin told me, “So now the Pilgrims come over here virtually in a socialistic situation, a communal living, where everybody at the plantation worked in the same field, grew their food, then at the end of the season, they simply evenly split with each other what they produced.”

We also interviewed Dennis Prager, founder of PragerU, for this special. He told me, “The Pilgrims did experiment with the socialism or communalism, and they realized it didn’t work. It is against human nature. The moment you tell people that the community will take care of you, they work less. It undermines character.”

And that is precisely what happened. Governor William Bradford, the leader of the Pilgrims, who was their governor for about three decades, was also their key chronicler. His book, Of Plymouth Plantation, documents their amazing story, which includes the first Thanksgiving—the 400th anniversary of which we celebrate this month.

Bradford called some of the Pilgrim leaders together to, in our modern parlance, brainstorm on how to increase production of their corn. The conclusion was to abolish this “common stock” stipulation, instead giving each person or family their own land and letting them enjoy the fruits of their labor without being forced to work for others, so “that they might not still thus languish in misery.”

Bradford writes, “This had very good success, for it made all hands very industrious…The women now went willingly into the field, and took their little ones with them to set corn; which before would allege weakness and inability; whom to have compelled would have been thought great tyranny and oppression.”

Bradford admits that they had fallen for “the vanity of that conceit of Plato’s…as if they were wiser than God.” Plato is credited with being the first to present socialism—holding property in common.

When the Ten Commandments say, “Thou shalt not steal” (which implies private property). God does not add the stipulation, “unless thou art the government.” Socialism is theft by the government, taking by force what one has earned to redistribute it to one who has not earned it.

We give thanks that the Pilgrims learned of the bankruptcy of socialism before it was too late.

Leo Martin says it is a great thing that the Pilgrims abandoned socialism when they did because it helped them become productive and prosperous.

Martin notes, “Did you know that today ten percent of the population of the United States are Mayflower descendants? Thirty million people from fifty-one.”

The Pilgrims were so grateful for what God had done for them that they set aside time to thank Him for His many blessings. Thanksgiving is an annual holiday which reminds us of our nation’s Christian roots.

But socialism not only undercuts productivity. It undercuts thanksgiving to God.

The Pilgrims were godly people who sacrificed all their comforts so they could worship Jesus in the purity of the Gospel. They were very caring people who sought to fulfill the command to “love thy neighbor as thyself.”

If the Pilgrims found that socialism didn’t work for even them, how can we expect socialism to work for anybody, including those who are just selfish and waiting to get by off of the sweat of their neighbor’s brow? In short, once again, socialism proved to be a bad idea.

Isn’t it time humanity learned this lesson from history once and for all? Socialism never ceases to fail everywhere it is tried.

The post Socialism Failed When the Pilgrims Tried It — and Continues Failing Today appeared first on DailySurge.