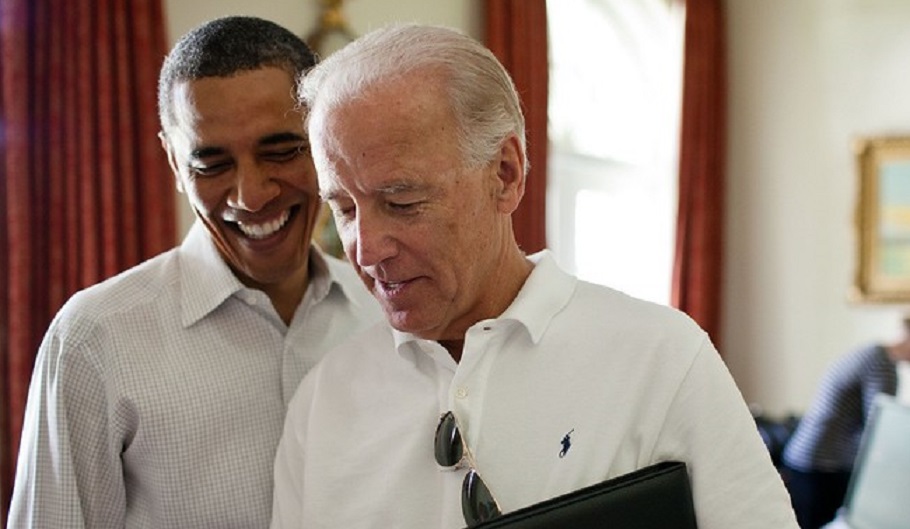 Surge Summary: Joe Biden and the Democrats agenda isn’t a new one: Radical Leftists have schemed for years to create a “New Man”, fashioned after their liking. They are pressing forward with this campaign today.

There is no understanding current events without an awareness of history. Starting in 1848 with the publication of the Communist Manifesto by Karl Marx, the American way of life and governance has been under attack. Capitalism was deemed ‘evil.’ Class struggle became the focus. Liberty was redefined. The state became God. And all efforts to sustain the Founders’ vision were targeted for ‘fundamental transformation,’ as Barack Obama claimed.

Contrary to the Founders, Obama magnified and re-energized attacks on the notions of a constitutional republic, limited government, the consent of the governed, the rule of law, the sovereignty of the individual, self-determination, and liberty.

Obama learned well from Saul Alinsky, an evil man focused last century on the ‘fundamental transformation’ of the U.S.  Obama played hardball for eight years to up end our republic, following Alinsky’s “Rules for Radicals” faithfully: he cut his hair, put on a suit and tie, adopted the rhetoric of the Founders, swore an oath to protect and defend the Constitution, then turned on a dime to destroy that document and the heart of its purpose, to limit government and bring it under the control of the voters.

Obama went a long way toward establishing communism in America, interrupted by four years of sanity and success brought by Donald Trump, but regrettably, through fraud and disinformation, we now suffer the ill-effects of an Obama third term in the person of Joe Biden.

Keeping in mind the communist game plan, it is no wonder we see one crisis after another from this Administration. That game plan is being played out by many well-funded groups worldwide, largest among them, the far left in America led by the Democrat Party, which in truth ought to be renamed The Communist Party of America. To clarify, here is one form of the communist game plan imported to our shores between the world wars by German Marxists. This group of communists formed The Frankfurt School in the 1920s. Their goal was to destroy western civilization and replace it with a communist utopia. To achieve their goal, infiltration and subversion were the main strategies. Here is a list of the tactics they employed:

1. The creation of racism offences.

Each of these daggers was used to stab at the foundations of the West: the Judeo-Christian traditions and moral codes, liberal civil society, the sanctity of life, the sovereignty of the individual, the nuclear family, notions of civic duty and personal responsibility, liberty sustained by constitutional republic, national sovereignty, private property, free market capitalism.

The Frankfurt School, and many like organizations operating these last 173 years, found that violent revolution had its place, but community organizing and disinformation campaigns were more effective and less messy. Alinsky owes a huge debt to the Frankfurters, and they owe him gratitude, for he spelled out in detail how Obama, Pelosi, Clinton and Biden could achieve fundamental transformation by systematically destroying everything good and decent about America.

We must keep in mind the goals and tactics of communists. They firmly believe there is no God. They believe only they can perfect the human being. They recognize humans are flawed, given to selfishness. But their answer is communism, that by the enlightened leading of The Party, the old structures can be destroyed and replaced by the New Man, an altruistic person more interested in the collective welfare provided by the state than he is his own interests. Alinsky admitted tyranny brought by the revolutionary poor must precede and provide for the eventual paradise of communism, but he did not foresee endless tyranny preventing any form of paradise.

Last century, 100 million people were slaughtered by communists is pursuit of the New Man illusion.

So it should be no surprise we see O’Biden working rapidly to promote the tyranny of the proletariat by destroying our Constitution and with it all forms of free enterprise, private property, self-determination and liberty. The communist is not interested in helping the American republic succeed through reform, negotiation and cooperation. He is interested in total change, and complete destruction of what has gone before.

Hence, consider the O’Biden list of manufactured crises to accomplish that total destruction, keeping in mind these are not evidence of incompetence. Rather, they are intentional acts of destruction, planned and executed by communists worldwide.  Biden and Obama are merely useful idiots.

Do not despair. The One True God is the only one who can perfect a human being, the only one leading us to peace on earth and the real heaven.      Deuteronomy 30:19