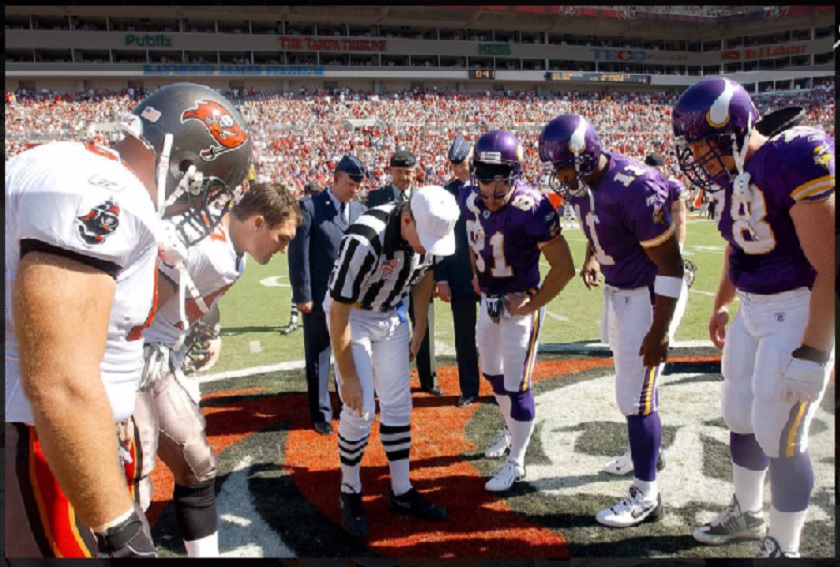 Surge Summary: Things to continue to go a little unexpectedly in the NFL. Will that trend continue in Week 10 of this season? Pigskin Pundit offers his prognostications …

We went from Halloween Horrors two weeks back to what even the NFL website is calling Wild Week last week, with all the pundits looking ridiculous including this one!  Someone flipped us all over into an alternate universe where everything is the opposite of what is expected…including big burly Panthers defensive linemen crying like little girls about how mean old Mac ‘Stick Man’ Jones used his skinny little QB arms to fell the mighty Brian Burns, all 6-foot-5 and 290 lbs, while Jones lay stunned on the ground after Burns blasted him with a blindsided strip-sack tackle.  I think the Panthers were really crying because their team is stuck with Slingin’ Sam Darnold who keeps seeing ghosts, and then throwing the ball to them.  Anyway, got murdered again this week at 7-7, now 91-45 for the season.  Here’s the picks.

Ravens at Dolphins – At least THIS one is easy to pick.  Whether Miami starts fast and takes a lead, or rallies late, the Ravens and Play-Action Jackson will beat them senseless.  Ravens are for real, Dolphins are for dinner.  Check, please!

Bills at Jets – After last week’s inexplicable stumble in Jacksonville, McDermott’s gang are looking to put the shine back on themselves.  Funny thing is, the horrible Jets have already beaten the Titans and Bengals, so if you like David and Goliath stories, this could be another one in the making…Nah, probably not.  Western NY trounces Eastern NY to hold serve in the AFC East.

Buccaneers at WFT – Washington’s lack of a name is symptomatic of their lack of identity, as they continue to underachieve on both sides of the ball.  Tompa Bay KNOWS who they are (champs) and I expect them to play like it the rest of the way, especially when led by the single most iconic player on the planet, who DEFINITELY knows who HE is.  Pirates pillage the no-names’ village.

Falcons at Cowboys – The Falcs have gotten back to .500, while Dallas has tumbled back to reality after last week’s drubbing by Denver (the game was never close).  Matty Ryan can fling it around when he gets time, and the D side of the ball is not where the Cowboys are best.  Still, they are simply the better team and home AND following an embarrassing loss, all of which adds up to Big D getting a Big W.  For drama, viewers prefer ‘Dallas’ over ‘Ryan’s Hope’.

Saints at Titans – The Titans have ‘tightened’ up despite the loss of their locomotive Henry, playing stouter defense overall, and have gotten some bonus mileage out of the spun odometer of ‘Yo Adrian’ Peterson.  The Saints are riding the hairy arm of Trevor ‘Apeman’ Siemian, who ain’t Drew Brees or Famous Jameis.  Taysom Hill is a gimmick that I don’t think scares any defensive coordinator due to the infrequency of his appearances.  Two of the best coaches face off here, with important standings on the line.  Bourbon Street meets Jack Daniels, and leaves with a sour mash after Titans clash and trash them.

Jaguars at Colts – The Jags bagged an ugly 9-6 win in the Field Goal Bowl over Buffalo last week, when suddenly they discovered the term ‘defense’, and plugged it into the wall to see what would happen.  The Colts have been scrappy, hanging in games with decent running from Taylor and an improving air attack from Wentz and Pittman.  This is a divisional must win for Indy to stay in the playoff hunt, and they will.  Colts send Lawrence of Suburbia packing back to Jax.

Lions at Steelers – The Detroit Tryin’s land in the friendly confines of Pittsburgh this week, facing a Steelers team that just tore off a 4-game win streak and boasts the likely DPY in one TJ Watt.  Jared Goff’s team is craving a first win, although Lord knows at this point they should be careful what they wish for (draft lottery).  Danny Campbell better keep the Kleenex handy again this week, as Mike Tomlin ain’t gonna take his foot off the gas in this mercurial division.  Steelers remain ‘stainless’ for another week.

Browns at Patriots – If I told you that the Browns and Patriots would have the same record at Week 10, you would have laughed out loud.  Here we are, and this game is anybody’s to take.  Cleveland’s rushing D is scary, and their d-backs are solid as well.  However, the league’s best rushing attack will not play Sunday, as Hunt is hurt and Chubb has Covid.  New England also boasts a stifling defense, and with Cleveland’s best weapons missing on a road trip, I’m not confident Shakin’ Baker can generate enough offense on his arm.  Patriots defend the homeland against Agents Orange.

Vikings at Chargers – The Herby Derby continues this week as the Purple Pillagers arrive in LaLa Land.  Minnesota is a talented team that cannot seem to finish off a win in the bag, like last week’s OT loss to Baltimore.  Hard to watch, and I like Mike Zimmer, but this has to be a reflection on him at this point in their chronic underachieving.  The Chargers are solid on passing D and their offense is tough to stop for 60 minutes.  Unless the Vikes find a way to run Dalvin Cook down their throats the entire game, this field tilts towards home.  Zimmer’s hopes get dimmer, as Herbert’s Chargers shimmer.

Panthers at Cardinals – Carolina knows how to get after the QB, and the addition of Gilmore to their no-fly zone helps as well.  One sign of a very good team is winning without their best players, which Arizona did last week as Murray and D-Hop were both out, and legendary backup Colt ‘Real’ McCoy took the snaps.  Not going to waste a lot of analysis on this game, because Carolina has no offense to speak of, with Hey Arnold out and the player formerly known as Cam Newton back under center.  Cards turn the Panthers to shards.

Eagles at Broncos – The Broncs and Eagles match up pretty well this week at Rocky Mountain High stadium.  Denver’s air defense presents only narrow opportunities for Jalen to Hurts them, and while the run D isn’t likely to stifle Philly’s ground pounders, the pass rush has improved even with Miller the Killer’s departure.  The Eagles get after passers well also, so the X factor in this matchup is probably going to be Bridgequarter’s arm.  Steady Teddy’s team is back in contention for a post-season appearance, while Philly is fading.  In a close one, the Broncos stampede while the Eagles recede.

Seahawks at Packers – It’s Big Returns week for both teams, as the Packers welcome Mr. Rodgers back to the neighborhood and Seattle gets Chef Wilson cooking in the kitchen again with Chris ‘Kit’ Carson.  Look for Green Bay to bounce back after last week’s anemic showing in KC, even though Wilson’s return pumps up the virulent greens of Seattle.  They weren’t winners when Russell went down, and Green Bay isn’t about to hand them a ‘welcome back, we missed you’ win at home.  Packers serve up Seahawk Flambeau at Lambeau.

Chiefs at Raiders – A true pick ‘em divisional grapple on tap in Vegas.  The one thing the Raiders struggle against is a stout defense, which the Chiefs lack.  The thing the Chiefs struggle with is stopping the run, which Vegas has.  Carr had a klunker against the stinky Giants last week, as they got good pressure on him.  So flip your coin and pick.  Mine came down heads on Vegas, due to their running attack opening up the passing game.  The House wins, again.

Rams at 49ers – The rich got richer with the acquisition of Von Miller to the Rams.  Already a top defense, this should make them an over-the-top defense.  Front to back, there are no real holes in LA’s D.  Kittle returned to the Niners finally, but his return isn’t enough to reverse their fortunes this week.  LA needs to keep pace with Arizona, as the division is by no means decided already.  Niners get claim-jumped by the Rams this week.

Remember to thank every veteran you see for your freedom this week, and every week.  Enjoy the games!