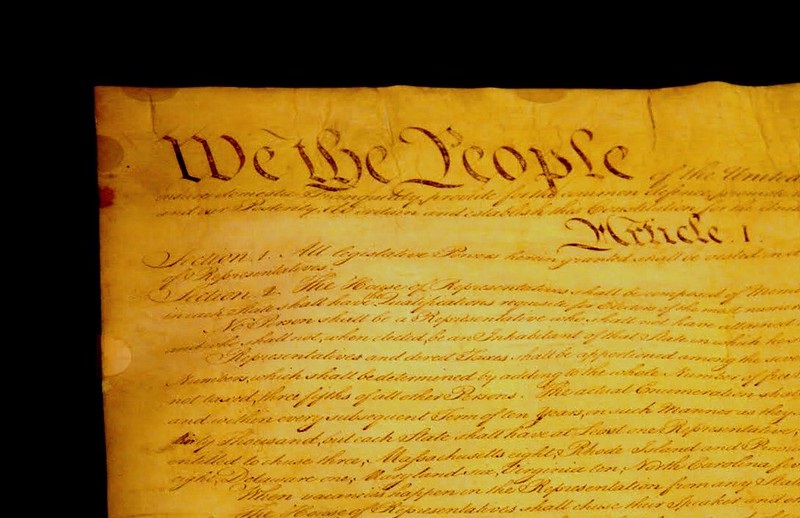 Surge Summary: What some have called “The American Experiment” turns on “We the People”. Americans get in their government whatever they tolerate. They have regular opportunities to peaceably change whatever they dislike – if they are willing to do so.

Is the Biden administration governing in a way that takes into consideration the will of the American people? Based on his plummeting poll numbers and crude anti-Biden chants filling sports stadiums, the answer would seem to be no.

Last week’s defeat of the left at the polls in Virginia and elsewhere was a reminder of the pushback of “we the people.”

Some leftist pundits said Terry McAuliffe lost his Virginia gubernatorial campaign in 2021 because he didn’t campaign to the left enough. Others remarked it was the alleged “white supremacist” factor that gave conservatives the victory. Of course, they say this while ignoring the victory of the lieutenant governor-elect in Virginia, Winsome Sears. She is the first black person to win that position in that state.

Last week’s election was a reminder of the genius of the founding fathers to build into the system the opportunity for “we the people” to correct earlier political mistakes.

Conservative columnist Star Parker made a comment about this principle once in a television interview with D. James Kennedy Ministries.

She noted, “What I’ve learned about this whole political arena is that the words of President Garfield are really true.  If you have recklessness and corruption in government, it’s because you tolerate it. Because of the beauty of the founding, they give us elections every two years, every four years, and every six years. So, in two years, we get to [elect Congress members] again; every four years, we get the president again; and every six years we get to determine who’s going to be our senate representation.”

Parker made this remark right after Biden’s victory about a year ago. She added, “So, I’m just staying encouraged, because this moment in our history is [only] this moment in our history. History is long, and history is after us, but it’s also before us….We are now being tested…and it’s uncomfortable to have to get up and actually engage.  But we’re called to do that. And we have that chance every two years, every four years, and every six years.”

Our political developments are a reminder of the American experiment created by the settlers and then the founders of America.

What is America in a nutshell? It is an experiment in self-government under God.

Others want to remove the God-part of the phrase. But when we have government without God, even self-government (without God), it all tends to break down because of the inherent sinfulness of humanity.

John Adams famously said, “Our Constitution was made only for a moral and religious people. It is wholly inadequate to the government of any other.”

Knowing that we are all accountable before God, our founders understood the need for keeping one’s passions in check. As Thomas Jefferson noted, “Indeed I tremble for my country when reflect that God is just: that his justice cannot sleep forever.”

Why has America been so blessed—despite all our flaws—lo, these many centuries?

I believe that first steps to self-government under God in America go back to the positive influence of the Pilgrims. 400 years ago this autumn, the Pilgrims who settled Plymouth held their first Thanksgiving celebration.

Our recent Providence Forum documentary, THE PILGRIMS, makes the simple point that the Pilgrims just wanted to worship God according to their conscience. In pursuing this religious freedom in the New World, they helped cast a long and positive shadow on what would become the future nation.

As the hymn, “America the Beautiful,” points, “O beautiful for pilgrim feet / Whose stern impassioned stress, / A thoroughfare for freedom beat / Across the wilderness!”

As Ronald Reagan once put it, “Here in this land, for the first time, it was decided that man is born with certain God-given rights. We the people declared that government is created by the people for their own convenience. Government has no power except those voluntarily granted to it by we the people.”

The founding fathers took and extended the Pilgrims’ concept of liberty under God. Our 40th president added, “Oh, there have been revolutions before and since ours. But those revolutions simply exchanged one set of rules for another. Ours was a revolution that changed the very concept of government.” And for that, all Americans should be full of thanksgiving.

The post ‘The American Experiment’: USA Gets the Kind of Gov’t ‘We the People’ Chose appeared first on DailySurge.