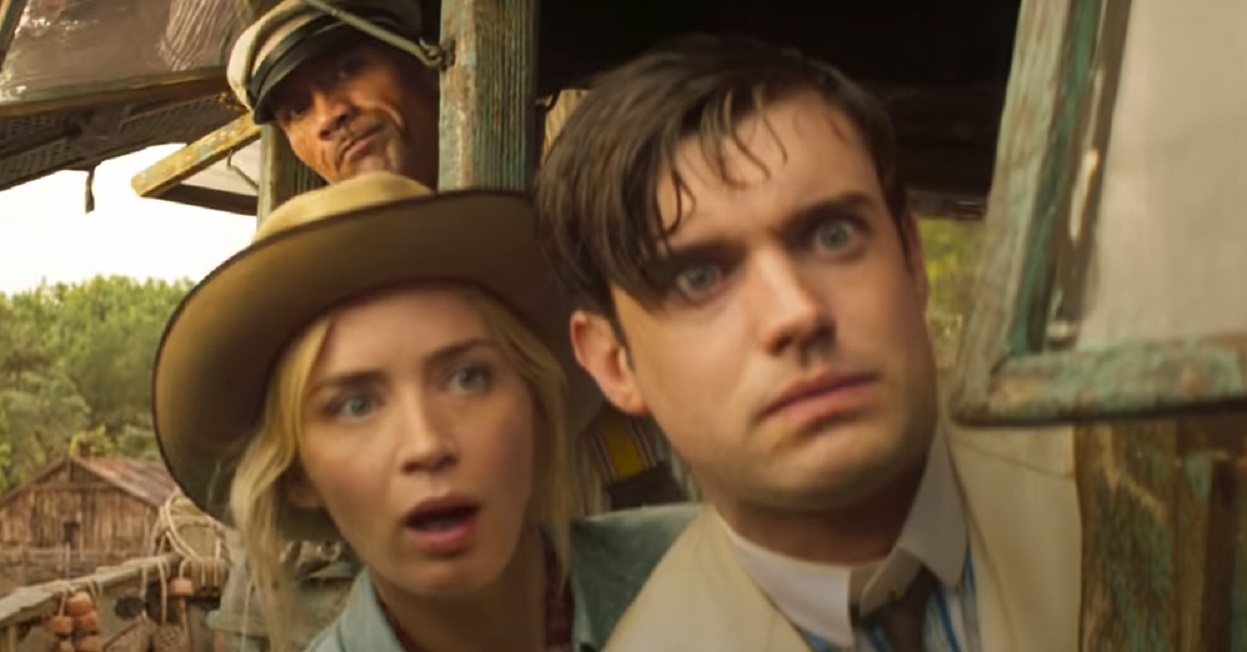 Surge Summary: Disney includes another series of gay-friendly references in its new film Jungle Cruise – but they’re so subtle that many LGBTQ groups are not satisfied.

But why, oh why, must the brother be gay? What is gained by it? How is the plot enhanced? If anything, Whitehall’s character plays right into negative gay stereotypes. And of what value are the vulgar, double entendre sexual jokes? Disney studios, why oh why?

Over the summer, I saw a lot of internet ads about the new movie, which seemed to be fun, adventurous, and perhaps a bit too scary for little children. And, I thought to myself, perhaps once it’s out and is available online through my airline, I’ll watch it while traveling.

But that was it. I didn’t read any reviews about it and I was unaware of the “gay controversy.” As a July 31 USA Today headline announced, “A gay character sparks debate and a reformed Trader Sam emerges in Disney’s “Jungle Cruise.’”

According to the USA Today article, “Disney has been criticized for the lack of LGBTQ film representation in movies, and called out for blink-or-you’ll-miss-it gay character moments in films such as ‘Beauty and the Beast’ and ’Onward.’ In ’Jungle Cruise,’ Whitehall’s [character, named] MacGregor subtly comes out in a scene with Johnson’s [character] Frank.”

And lest there be any misunderstanding, since the word “gay” is not mentioned in the scene, MacGregor explains why he, who is anything but courageous by nature, would follow his sister into such dangerous territory. It is because his “remaining family, and society, have turned their back on him ‘all because of who I love.’”

Of course, younger children will not understand the hidden message. And while some older children might pick up on it immediately, it is obviously there for the parents and older viewers.

But, to repeat, other than playing into the negative stereotype of gay men being prissy, pampered, fearful, and weak, nothing is gained by the gay disclosure. And if a reason was needed as to why this fear-filled brother accompanied his courageous, intrepid, fearless sister, any number of reasons could have been created. That is, unless you believe that Hollywood screen writers and producers and directors could only one think of one reason for the brother and sister’s close ties: namely, he was gay and she stood by him.

Give me a break.

According to the USA Today article, written by Bryan Alexander, “Producer Hiram Garcia says the ‘Jungle Cruise’ filmmakers never set out to include a gay character in the period piece. ‘We didn’t know this is where it was going, the character naturally progressed that way,’ says Garcia, who insisted there was no oversight from Disney. ‘There was no battle to it, they loved the scene as well.’”

Yes, Alexander reported, “Early reaction to the gay character was mixed, with one Twitter user stating, ‘Disney will really do anything to avoid using the word ‘gay’ in its mainstream content.’

Put another way, “Disney, you were not direct and overt enough! You need to shout the message all the more loudly. Gay, gay, gay! That’s what we need to hear.”

As expressed by Anna Menta on The Decider, “It’s another step from Disney toward LGBTQ+ representation that feels big in the context of the oppressively heterosexual corporation—certainly, it’s an improvement over some of the laughably meaningless Disney ‘gay moments’ in recent years—but small in the context of the year 2021. After all, it’s been 11 years since Kurt and Blaine kissed on Glee, 16 years since Brokeback Mountain was nominated for Best Picture, and 23 years since Will & Grace premiered on NBC. This is hardly the first time mainstream America has seen a gay man on a TV or movie screen. Yet Disney—the biggest, most lucrative movie studio in the world—has only recently begun to acknowledge the existence of non-heterosexuals in its films. Jungle Cruise is the latest example of Disney not so much marching forward with pride but reluctantly dragging its feet into the 21st century.”

Accordingly, “the queer community has not responded with gratitude to these gay bread crumbs from Disney. In an essay for Vanity Fair, K. Austin Collins argued that the Star Wars kiss—and Disney’s other after-thought queer moments like it—might technically be steps forward for Disney, but are so far behind the rest of the world, they are barely even worth noting, let alone celebrating. Perhaps the corporation has been listening to these criticisms, because Whitehall’s character in Jungle Cruise is, at the very least, a step up from the minuscule moments listed above.”

So, thanks but no thanks.

Disney needs to go unashamedly queer. After all, this is 2021, and Disney is still an “oppressively heterosexual corporation.”

The reality, of course, is that LGBTQ characters abound on TV and in the movies. And if you identify as LGBTQ and want to see someone like yourself on the screen, you can readily do it, right up to being a gay or bi or trans superhero.

Disney would do best to give up throwing “gay bread crumbs” to their LGBTQ viewers and simply make family-friendly movies that will not offend the historic moral sensibilities of their viewers – unless they have pushed most of them away already. (See here and here.)

On my end, in the midst of a very intense schedule, I’ll sometimes take a few minutes to chill while in flight, looking for a movie to watch that is not filled with a flood of profanity. Or gratuitous violence. Or nudity. Or sex scenes. Or subtle (or not so subtle) woke messaging.

I thought Jungle Cruise, with all its fun and drama and graphics and story line, would fit the bill. Not quite.

The post What’s the Point? Did Disney’s ‘Jungle Cruise’ Really Have to Go Gay? appeared first on DailySurge.