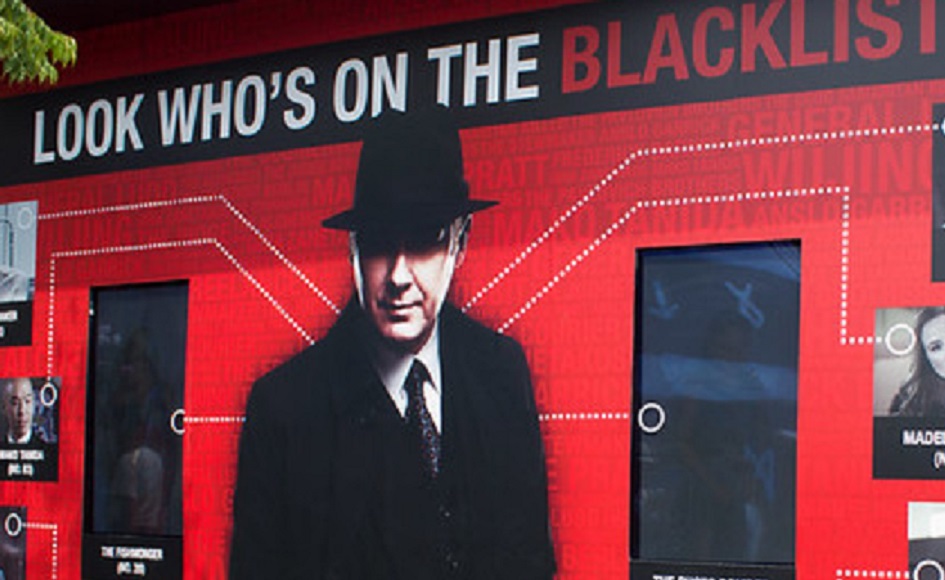 Surge Summary: A recent showing of the TV series “The Blacklist” sparked thoughts about standards of good vs. evil, judgment, etc. For centuries, of course, the Jewish/Christian scriptures have outlined God’s perspective on these eternal questions.

Trust me, I don’t automatically reach toward television drama for my dose of deep truth — but, occasionally, the discerning viewer can unearth an enlightened morsel; even a theological nugget, here and there. Over the course of nine seasons, the popular NBC thriller The Blacklist has had its moments — some chilling, some beautiful, some quite profound. The November 12th episode, however? Well, one could claim an example of profundity was on display — just not in a good way. The show’s chief protagonist dropped a clinker indeed.

At the denouement of that week’s typically baroque storyline, Raymond “Red” Reddington waxed briefly philosophical while sketching his approach to judging others; to determining who is wicked, who is righteous. Coming out of nowhere, it was stimulating nonetheless, even provocative. And for the biblical Christian worth his/her salt (“of the earth” — Matthew 5:13)? It was completely off the wall.

Taking up for an unscrupulous billionaire guilty of callously manipulating the organ-transplant system for his benefit, and potentially endangering the survival of a blue-collar type along the way, Red insists he shouldn’t be consigned to premature death because of that single, wretched misdeed. He’s contributed honorably to the world in so many other ways after all! No one should be evaluated, argues the dapper outlaw, “based on their worst day, by the most terrible sin they committed”. Rather, “every other day” should be the benchmark.  “If [our worst day] were the standard,” glibly quips Red, “we’d all be found wanting.”

That peroration might strike some as reasonable. Lots of folks, doubtless, seize on it as a conscience-comforter. Raymond clearly does — he needs to do so to avoid utterly despairing over himself. No denying, in candid moments, the internationally hunted criminal cum con-man has confessed a visceral, though normally concealed, grief over much of what he’s done. Atrocities aplenty! He’s admitted to his show’s one-time main character — the now-deceased “Lizzie” — he dreads she would ever become like him (corrupt, ruthless, contaminated.) Alas, that moral ship sailed a few seasons ago when she crossed — pardon the pun — red lines from which there could be no uncrossing.

“Red” is one of the truly quirky characters of modern small-screen fiction. The high-living fugitive can be, by turns, charming, amusing, occasionally and unexpectedly tender. He’s also a near-cartoonish moral relativist; a ruthlessly selfish, end-justifies-the-means pragmatist. He’s an inveterate liar, a sophisticated thief; yes, a murderer. His “weigh-the-worthwhile-deeds-against-the-evil-ones” measuring rod may work for him — at least in his own estimation. No denying, it’s been a common attitude among humanity for eons: the “Cosmic Balance Scale” standard. Does the “good” stuff outweigh the “bad”? Reddington’s lofty sounding perspective is a hyper-exaggerated illustration of a yardstick many a flawed individual, including not a few downright rotten ones, have clung to for as long as self-serving excuse-making has been in operation.

That said, if one is going to even feign allegiance to a worldview shaped by the Jewish/Christian scriptures, there’s no place for trying to abrogate the culpability of awful behavior with other praiseworthy choices. There’s no sanitizing reprehensible — or even slightly soiled — actions with offsetting estimable ones — at least not in the eyes of a sinless and perfect Lawgiver. God is holy. In his natural state, mankind ain’t. That’s an insuperable problem that all the clever, Reddington-style ethical sophistry can’t resolve.

Cutting to the chase, it’s bad news for Red: contra his dismissive moral formula, every one of us actually is “found wanting”. That’s the inexpungable reason God had to die for humanity. It’s why God the Father sent His Son to take the death penalty on behalf of guilty — lost — people. We all need a Savior outside of ourselves. The One dispatched by the Creator some two-thousand years past is your and my — and “Red” ‘s — only hope.

That’s not to say God is unbudgingly oblivious to those mortal accomplishments that seem — even accidentally — to have some merit on an earthbound level. Sure enough, when someone’s choices comport in any way with the Divine Master’s principles and plans? He’s fair enough to acknowledge it.

Make no mistake, none of that sanitizes acts of disobedience which almost certainly precede, accompany and follow whatever is being commended. That doesn’t mean God ignores them — but neither does it neutralize the human race’s overriding and fatal quandary: “All have sinned and fallen short” of God’s incandescent glory (Romans 3:23).

Besides, on a certain level everything performed by a person not directly and consciously connected to God’s forgiveness and mercy is offensive to Him. Apart from the supernatural intervention only an Omnipotent God can supply, imperfect people are incapable of perfect anything — thus, a Perfect Judge can never be wholly satisfied with anything they do.  “All are under sin … There is none righteous” (Romans 3: 9,10).

Proverbs 21:4 announces the “plowing” (or “lamp”) of the wicked is sin. Verse 27 decrees his “sacrifice” also unacceptable. Proverbs 28: 9 deems even his prayers “an abomination”.

In his own strength, no fallen person — a condition of every individual’s birth — can reach the untarnished levels of righteousness required to satisfy an all-knowing, all-powerful, consummately pure Creator. God Himself had to take the initiative to rescue hopeless mankind. Thus: Jesus, the Cross, the Resurrection. The Innocent One sacrificed Himself for the condemned ones (1 Peter 3: 18; He made a way (Hebrews 10:19-20).

Our part? Believe. Embrace that remedy. Receive the Person Who, in fact, is that remedy. From the heart (i.e., with unfeigned sincerity) acknowledge our guilt-ridden helplessness, our bottomless need and the astonishingly impossible solution only a Loving God could deliver (John 1: 12; John 3: 16; Romans 10: 9-10). Whatever laudable deeds, acts of obedience, religious rituals we can scrape together? They’ll never be enough (Ephesians 10: 9-10). Only what was completed by the sinless, risen Savior fits the Heavenly bill.

That’s the truth for Red; for each of us. This season of “Blacklist” hints at a mourning Raymond Reddington’s having lately plunged into some kind of Buddhist-flavored (?), Eastern/New Agey mumbo-jumbo. But he’s still the same ne’er-do-well that he’s been his entire shadowy life. Unforgiveness still haunts him. He’s not the “new creation” only Jesus Christ can produce (2 Corinthians 5:17)

Ironically, it was this episode’s bad guy — its “blacklister”, who carries the moniker “The Avenging Angel” — who ended up uncorking the most skewering truth about the horror of mankind’s sin issue. She reminded “Red” that he could kill her, but no matter what those striving to “balance the scales” do they all will, ultimately, face the “Avenging Angel” someday.  They’ll land on God’s “blacklist”.

For those who’ve genuinely called upon Him (Romans 10:13), Jesus will stand between them and that grim fate and cry out: “Not guilty! It is finished! ” — because He, the sinless One, took the capital retribution they fully deserved.

He’s the only sufficient answer for any person — not withstanding Raymond Reddington’s high-falutin jibber-jabber. It’s one remorseless bottom-line — an existential one — “The Blacklist” ‘s colorful anti-hero won’t be able to scheme his way out of.

The post TV Anti-Hero’s Standard for Judgment Doesn’t Square with One that Matters Most appeared first on DailySurge.