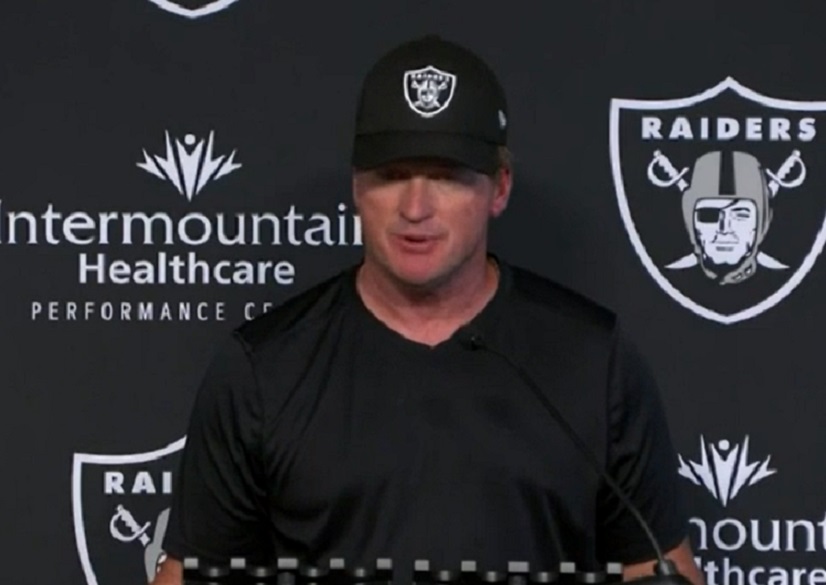 Surge Summary: Why has former NFL coach John Gruden been banned from the league for life for comments he made in emails years ago, while CNN commentator Jeffrey Toobin is back on the station in a matter of months after he was caught in a Zoom call behaving in a painfully embarrassing (and disgusting) manner? Seems like a double standard at work …

I am all for mercy and redemption. I absolutely believe in forgiveness and restoration. But I cannot understand why Jon Gruden, one of the more iconic coaches in the NFL, was fired for comments he made in private emails 10 years ago while author and lawyer Jeffrey Toobin is back on CNN after his fairly recent Zoom fiasco. By what standard?

I’m not for a moment excusing, let alone condoning, Gruden’s emails if, in fact, they are bad as reported. But even if they were that bad, they were sent out 10 years ago. Plus, they were private statements rather than public statements. And, most importantly, to my knowledge, none of those who worked closely with him over the years accused him of being racist or misogynistic.

At the worst, with his full apology and pledge to step higher, he should have been able to continue in his job, perhaps incurring a fine as a token punishment.

Instead, he was cancelled and could end up being banned from working for the NFL for life.

For his part, he is suing the league, accusing them of leaking his emails while 650,000 emails from others have not been made public. We shall see what all this reveals.

But what happened to Gruden is increasingly common these days, to the point that sins from one’s youth can be brought up decades later to cause loss of reputation and career. How utterly destructive and unfair, especially for those who have long since left those sins or behaviors behind.

I spent many months doing research for my next book, due out March 2022 and titled The Silencing of the Lambs: The Ominous Rise of Cancel Culture and How We Can Overcome It.

Among a host of examples cited was that of comedian Sarah Silverman, an unlikely critic of cancel culture. She is a liberal Jewish comedian, known in some Christian circles for her crass jokes about Jesus.

But she, too, has become alarmed at the unforgiving nature of cancel culture, which not only judges you for thought crimes or word crimes you commit today but also for words you spoke or things you did many years ago. She said, “Without a path to redemption, when you take someone, you found a tweet they wrote seven years ago or a thing that they said, and you expose it and you say, this person should be no more, banish them forever ….”

In her case, Silverman had put on a blackface in a skit she did in 2007, subsequently realizing that it was offensive to black Americans and seeking to make amends for her lack of sensitivity. Yet in 2020, more than 12 years later, she noted, “I recently was going to do a movie, a sweet part, then at 11 p.m. the night before they fired me because they saw a picture of me in blackface from that episode. I didn’t fight it.” Cancelled!

Yet Jeffrey Toobin was “exposed” (literally) for doing something very embarrassing in the (online) sight of colleagues, and a little more than 6 months later, he is back on CNN after making his TV apology.

Again, I believe in forgiveness. And redemption. And mercy. And restoration. And second chances.

I am simply appealing for a level playing field and for the end of the canceling madness. As I (and others) have said repeatedly, this will not end well.

I recognize, of course, that there are some sins we commit that disqualify us from certain types of work or certain positions by their very nature. For example, even if a man was totally rehabilitated after committing a sex crime with a child, he should never be hired to work with children.

And it would be understandable if Toobin felt it appropriate to stay out of the public eye for an indeterminate period of time, recognizing that for many, when they see him today, they think of only one thing.

But that only begs the question of why Gruden is out and Toobin is in. Something is not right with this picture.