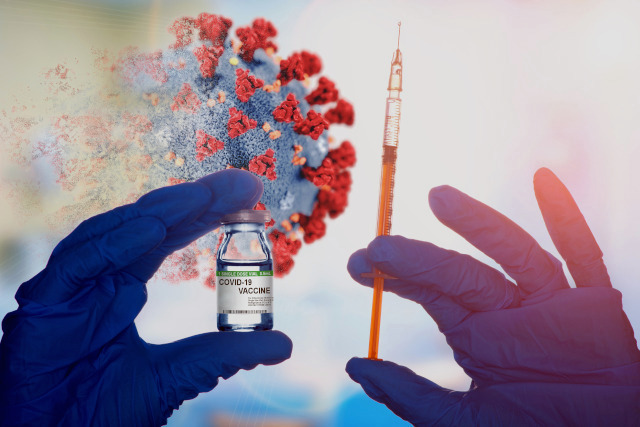 (TeaParty.org Exclusive) – One of the reasons that so many outstanding conservative-leaning news networks and outlets are reporting on the things happening with the coronavirus vaccine and various mandates from countries around the world like Australia, Canada, and Austria, is because there are progressives in our own government and culture who would love to see these kind of measures taken here.

And it’s most certainly not because they want to help prevent the spread of COVID-19. No, that’s just the cover story. The reality is this pandemic is the perfect crisis that they have been waiting for. It allows them to justify usurping massive amounts of authority and power from the people they are supposed to be serving and lord it over them.

A report from WND has revealed that the inventor of the mRNA vaccine technology thinks the same way, warning folks that the virus is increasingly becoming a “platform for advancing other agendas.”

“The future of global totalitarianism is here, it’s just not evenly distributed,” Dr. Robert Malone, an immunologist and virologist who has completed research concerning the use of messenger RNA in vaccines at the Salk Institute during a period of time in the 1980s.

Malone recently conducted an interview on Steve Bannon’s “War Room” program where he said that Austria, which has become the first country to require that every citizen take the coronavirus vaccine — is “the most egregious example” of “the deployment of a totalitarian approach to this whole thing.”

“The European nation and others, Malone said, are using what professor Mattias Desmet of Ghent University in Belgium calls ‘mass formation psychosis,’” the report said.

“Basically, it’s the madness of crowds,” Malone went on to say. “And a lot of these governments have been overtaken by this form of psychosis or hypnosis.”

“They believe that these vaccines are effective. They clearly are not,” he added.

“The chief minister of Northern Territory said Monday that more residents were being transferred to the camps, including 38 people who were in ‘close contact’ with others who were infected with the novel coronavirus,” WND said.

Gunner stated during a press conference that he had a conversation with Australian Prime Minister Scott Morrison and is “grateful for the support of about 20 [Australian Defence Force) personnel as well as army trucks to assist with the transfer of positive cases and close contacts.”

“The Northern Territory chief also announced the imposition of a ‘hard lockdown’ on two communities, meaning people can leave their homes only for medical treatment or in case of a medical emergency,” the report continued.

AUSTRALIA – The army is now transferring positive Covid cases and contacts in the Northern Territories to ‘Quarantine Camps’ by army truck.

So it wasn’t a conspiracy theory then. #COVID19 #Australia pic.twitter.com/NfJzqrO1fz

During the news conference held on Monday, Gunner, jabbing his finger in pure anger went on to declare that anyone who is opposed to vaccine mandates, even if that person themselves is already vaccinated, will then be considered by the government to be an “anti-vaxxer.”

“If you support, champion, give a green light, give comfort to, support anybody who argues against the vaccine, you are an anti-vaxxer. Absolutely. Your personal vaccination status is utterly irrelevant,” Gunner stated.

This, ladies and gentlemen, is what a tyrant looks like. Take a snapshot and put it in your pocket so that when these kinds of people pop up here on the homeland, we know who they are.

: “If you are against the vaccine mandate, you are an anti-vaxxer, even if you are personally vaccinated”

Malone then went on to tell Bannon during the conversation on Monday that many government leaders around the world, along with public health officials are “impervious to data” and “actual facts.”

Bannon then stopped Malone, telling the audience viewing the program that he wanted to make sure it was clear what was meant by “effective.”

“Their pitch now is that the vaccines prevent serious disease and death. Bannon asked Malone to spell out the case Fauci is making for that benefit,” the report continued.

Dr. Fauci, along with many other public officials, are neglecting the effectiveness of natural infection, according to Malone.

“They are obsessed with the potential mortality risk and hospitalization risk,” he went on to say. “But that is all in the high-risk cohort, the elderly, and that can almost completely be mitigated through early intervention with a wide range of drugs, not the least of which is the monoclonal antibodies.”

Malone then charged that public officials are insisting that the vaccine is “somehow the only way out.”

“It is absolutely not; it is clearly not effective,” he explained.

Fauci admitted that the vaccine’s effectiveness against hospitalization and death is waning for all age groups, which basically means boosters will be needed for everyone.

“I think the boosting is going to be an absolutely essential component of our response, not a bonus, not a luxury, but an absolute essential part of the program,” he stated.

Meanwhile, Pfizer and other Big Pharma companies are laughing all the way to the bank while people are losing their liberty.