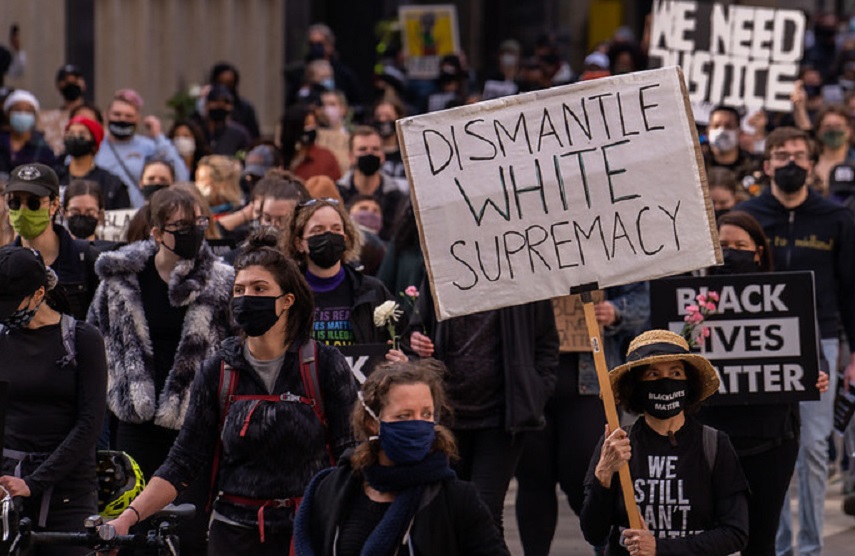 Surge Summary: Ignoring the pressing needs and concerns of voters and blaming everything on racism and “White Supremacy” is the sure path to defeat for Democrats in 2022.

If the Democrats want to suffer catastrophic defeats in the 2022 midterms, they need to follow one simple strategy: blame all their losses on White Supremacy.

It was White Supremacists who elected Trump.

It was White Supremacists who elected Glenn Youngkin.

As long as Democratic leaders continue to misunderstand what tens of millions of Americans are thinking and why they are voting as they do, they will continue to lose elections. Not only so, but they will actually energize those who oppose the leftist agenda by insulting them and casting aspersions on their motives.

For some time now, I have been saving articles and links documenting this self-destructive Democratic pattern of seeing everything through the lens of race, from the early days of the Trump presidency until now. But to cite even the tiniest fraction of these statements and quotes would fill a good-sized book. Plus, the truth to be told, you’ve almost certainly heard the accusation yourself, especially if you voted for Trump or you’re a conservative Republican.

Of course, your skin color doesn’t matter. If you’re Black and you vote Republican, you’re an Uncle Tom. Or you’re an enabler of White Supremacists.

As expressed by Prof. Eric Dyson, with reference to newly elected Virginia Lt. Governor Winsome Sears, the first Black woman to hold a statewide office in Virginia, “The problem is here they want White supremacy by ventriloquist effect. There is a Black mouth moving but a White idea … running on the runway of the tongue of a figure who justifies and legitimates the White supremacist practices. We know that we can internalize in our own minds, in our own subconscious, in our own bodies the very principles that are undoing us. So to have a Black face speaking in behalf of a White supremacist legacy is nothing new.”

There you have it. The people who voted in Sears, a Black immigrant from Jamaica, did so in order to “have a Black face speaking in behalf of a White supremacist legacy.” (For the record, the fact that Prof. Dyson is also Black does not for a moment minimize the extreme ugliness of this comment.)

Using the same logic, the people who also voted in Attorney General Jason Miyares, Virginia’s first-ever Latino Attorney General, himself a Cuban American, did so because they wanted a Latino face speaking in behalf of a White supremacist legacy. But of course!

Charles Love, himself a Black American and the author of the new book Race Crazy: BLM, 1619, and the Progressive Racism Movement, said it well: “The real takeaway from the Virginia election is that McAuliffe failed to understand the human condition: You cannot call people racist and tell them their concerns are not real and think that they will vote for you. Worse, if the Democrats continue to double down on the ‘white supremacist soccer moms,’ they will eventually help create one.

“The Virginia election was less a win for Republicans than a rejection of Democrats and, if they’re smart, a wakeup call. If they don’t realize they have to listen to what voters are saying rather than telling them what is best for them—or calling them racist—they will continue to see results like this.”

Love was also right to draw attention to parents being upset with radical sex-ed and LGBTQ themed curricula and agendas flooding their schools, resulting in the rape of a Virginia teen by a boy wearing a skirt – in her own school bathroom, conveniently swept under the rug by the local school board. Was their outrage a matter of White Supremacy as well?

And was it White Supremacists in Minneapolis, the very city where George Floyd was killed, who carried the vote against defunding the police? (How long will it be before newly elected New York City Mayor Eric Adams will be labeled the new Black face for White Supremacy if he implements his law-and-order promises? Already, BLM is promising him hell to pay if he does.)

The more the Democrats believe these lies, the more certain will be their defeat. And, as a negative consequence, where racism and White Supremacism do exist, there will be no effective way to address it, as the left has been painting with much too broad a brush.

That being said, do I expect a change in strategy from the left? Actually, I do not. That’s because they truly believe what they are saying. That is the saddest part of all.

The post Hey, Democrats, Want to Lose Badly in 2022? Here’s the Strategy to Follow … appeared first on DailySurge.