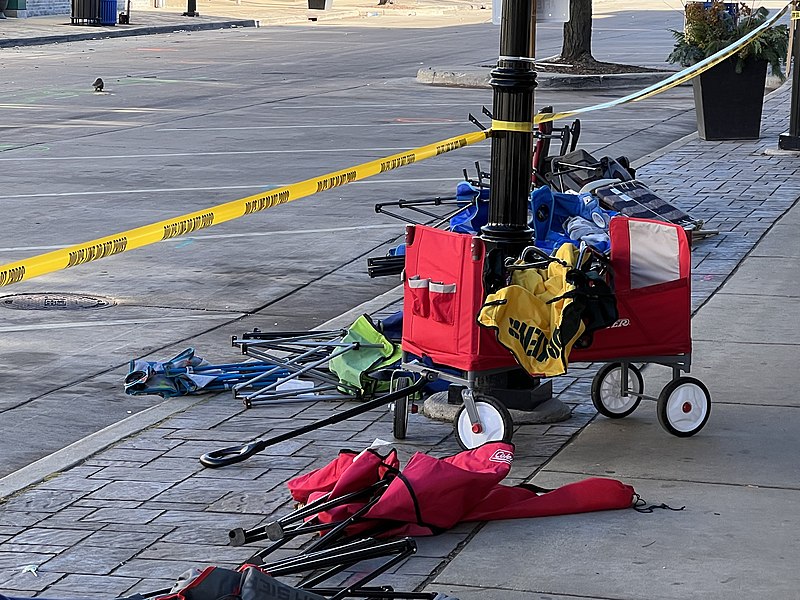 Surge Summary: Yet another tragedy prompts the question in many minds: “Where was God when this happened?” Yet the presence of suffering must be considered in light of what the Bible says about God and Jesus’ sacrifice on the cross. That perspective reveals a lot which can help answer this piercing question.   City of Waukesha,

As I write these words late Sunday night, the details of this tragic story are still emerging. What we do know is there are reports of “multiple fatalities” after a driver plowed his SUV at high speeds into a Christmas parade near Waukesha, Wisconsin, about 55 miles from Kenosha. It has also been reported that 11 adults and 12 children were transported to local hospitals.

What a devastating, terrible tragedy. And, if this was done intentionally, as appears to be the case, what an unspeakably evil act.

One moment, families are celebrating together, dancing and enjoying the holiday fun.

The next moment, there is blood in the streets and broken bodies on the roads, mingled with the sounds of wails and cries.

A Celebration Turned to a Tragedy

The Daily Mail reported that, “Corey Montiho, a Waukesha school district board member, told the Milwaukee Journal Sentinel that his daughter’s dance team was hit by the SUV.

“‘They were pom-poms and shoes and spilled hot chocolate everywhere. I had to go from one crumpled body to the other to find my daughter,’ he said.

And this: “One entry in the parade, the Milwaukee Dancing Grannies, posted on its Facebook page that ‘members of the group and volunteers were impacted and we are waiting for word on their conditions.’”

As described by a local police officer, “There were small children laying all over the road, there were police officers and EMTs doing CPR on multiple members of the parade.”

Where Was God When This Happened?

Naturally, at times like this, when the violence is so utterly senseless and so utterly cruel, it is only natural to ask, “Where was God when this happened? What was He doing?”

But the same question can be asked multiple times a day, all around the world.

Where was God … Keep Reading the rest at The Stream

The post Speeding SUV Mows Down Grandmothers, Children at a Christmas Parade … So Where Was God? appeared first on DailySurge.