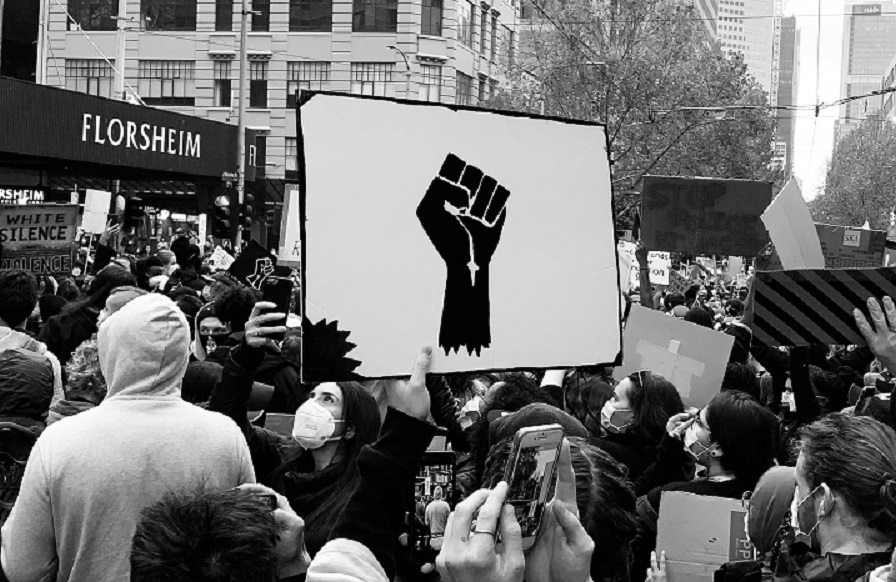 Surge Summary: The French Revolution, Lenin’s Russian Revolution and the revolution occurring in America today – and led by the likes of the BLM movement – have a lot in common – and it’s not good.

America’s dirty, dangerous, and diseased cities are being destroyed by dirty, dangerous, and diseased animals trying to pass as principled protestors. Some people are so stupid or racist to believe BLM people have any principles. Portland, Minneapolis, Chicago, Washington, Kenosha, etc., have been burned and looted by crazy radicals of BLM and Antifa. The lowlife rabble seized control from city and state officials responsible for safety, security, and stability.

After the Kyle Rittenhouse acquittal, looting took place in San Francisco as several stores, including Louis Vuitton, was looted in the downtown area Friday night [11/19]. Saturday night, 80 armed and masked thieves emptied the Nordstrom store in Walnut Creek in less than a minute as “mass looting” spread to the San Francisco suburbs.

Protests in Portland officially were declared a riot. Meanwhile, BLM lowlifes in Brooklyn marched through the streets chanting, “Every City, Every Town, Burn the Precinct to the Ground.”

The bought-and-paid-for revolutionaries did not get their pound of flesh—Kyle Rittenhouse’s flesh—but any white flesh will do. Their pretended outrage is positively outrageous.

Rittenhouse was found not guilty on all counts, and while the judicial system has spoken, the street people did not like what they heard. Note how asinine, arrogant, and angry these human termites are. They think they are above the law because they respect nothing except their racist ranting. They think the rabble-rousing harangues of Al Sharpton, Jesse Jackson, and Benjamin Crump are equivalent to the Ten Commandments or at least the Declaration of Independence.

Of course, leftist politicians crawled from under their rocks and out of their caves to reinforce their membership in the radical left.

After the verdict, Crump called Rittenhouse “a racist, homicidal vigilante.”  The deaf, dumb, and blind know he, like Jackson and Sharpton, seems to always assume any black person is totally innocent and all Whites are racists. Any white person is guilty; after all, he is white. Crump has defended such stalwart citizens as the late Trayvon Martin and George Floyd—although the record proves they were thugs.

The race-baiters can be counted on to always excuse Blacks and accuse Whites in any altercation. If there is an issue between two Blacks, somehow, Whites will be blamed. After all, Whites are responsible for all black problems—black poverty, black illegitimacy, black crime, black prison population, black miseducation, etc.

Honest people admit the foul breath of prejudice is obnoxious even when coming from a black person.

BLM and others think they are above the law and are encouraged by those cowards who refuse to practice true equality, meaning equality of opportunity— not in results. The vicious black leaders are prize-winning hypocrites who think their racial status gives them the right to reject lawful proceedings, block streets, takeover neighborhoods, burn private property, and take anything of value that is not nailed to the floor.

They have no respect for or commitment to equality under the law, fairness to everyone, but every citizen has a right to disagree with anyone about anything. Their spiritual father, Vladimir Lenin, said, “While the State exists, there can be no freedom; when there is freedom, there will be no State.”

No state, no church, no family, no private property—anarchy.

This was planned long ago by their philosophical ancestors.

Like France in the eighteenth century, we are in revolution, our Second Revolution, and you don’t have to be an Old Testament prophet to see it coming.

Like France, the stage was set—the intellectuals sowed seeds of envy, greed, anger, resentment, and hate; national rulers abdicated personal responsibility; local officials denied, dallied, and delayed and looked the other way; law and order were mocked by all; the termites began eating away at our vitals; and confusion, chaos, and carnage taking control as the foundations of society begin to crumble.

It had happened before.

No one was safe. No one could be trusted. Peasants, the clergy, and the aristocrats all shivered in fear inside their homes. When one spoke to others, he was always guarded in his statements. No one joked about the bloody guillotine in the center of Paris. The fast, foul, and fearful instrument of death was permanently stained with fresh blood, often from high ranking, high living, and sometimes high-deserving members of the nobility. However, at least two-thirds of those victims had been peasants and artisans. No one was safe.

King Louis XVI had been convicted of high treason by the National Convention on January 17, 1793, with an almost unanimous vote, although a few deputies abstained. It was not their finest hour. Not one member dared to vote not guilty. Louis and his Queen, Marie Antoinette, were many things, including big spenders of other peoples’ money, but not traitors, which didn’t matter to the revolutionaries. Facts did not rule the day, but fear did. Each deputy was concerned about his own head since many of his friends had already lost theirs.

The king was declared guilty and marched to the guillotine, although he had been promised protection. When Louis’ head rolled off the scaffold, every monarch in Europe felt a chill run up their spine. Louis’ guards were slaughtered. The queen was later beheaded. Their children were imprisoned. At least 40,000 innocent persons in Paris were beheaded while almost 300,000 were shot, drowned, etc. ln Thomas Carlyle’s 1830 The French Revolution: A History, he declared at least two children were executed by the guillotine.

Fear stalked the streets day and night as expressed by eschewing the wearing of fashionable silk knee-breeches (known as culottes) of the upper class since that was the “uniform” of the aristocracy during the seventeenth century. And they were losing their heads. To be safe and send a message, most people wore work clothes known as sans-culottes. By doing that, they were telling the world that they were just simple citizens with no ties to the nobles and the Roman Catholic Church.

Historian Eric Hobsbawm declared that the sans-culottes were a “shapeless, mostly urban movement of the labouring poor, small craftsmen, shopkeepers, artisans, tiny entrepreneurs and the like.” Minor landholders were also part of the group.

The government had been destroyed with the King and Queen, and many government officials beheaded; church property had been sold and priests, bishops, and archbishops removed; and the father-led homes were devastated with parents reporting children and children reporting parents for antigovernmental statements or actions. It was “safe” to be critical of the government, and toppling monuments and statues were proof of one’s “wokeness.” Everyone was talking about “liberty, equality, and fraternity.”  Later, it was “Liberty, Equality, and Fraternity, or Death.” The idea was, “you love us like brothers, or we will kill you.”

One does not have to be brilliant to know that liberty and equality are never compatible; in fact, they are impossible to reconcile. Aristotle argued that it is an injustice to treat that which is unequal as an equal. It is unfair to both.

The street rebels in Paris and Kenosha were made that way by their radical parents, professors, and preachers who taught them a utopian view of the world, turning them into perpetual children degrading them into animals.

Frenchmen spoke to strangers only when necessary and spoke in carefully guarded words and never in a superior way.

In A Tale of Two Cities, Charles Dickens reveals how everyone in France was cautious about what was said and how it was said. He reveals that everyone was greeted with “citizen” in a personal and affectionate way lest their demeanor and inflection of voice gave another “citizen” cause to suspect a citizen of something. The ruling principle seemed that it was better to charge someone of anything (rather than being accused by anyone of anything), proving one’s strict allegiance to the revolution.

No one was to be degraded, disgraced, or depreciated. Everyone was equal; however, even a fool knows that is impossible. Everyone was careful not to rock the boat or make waves. Everyone was equal, but no matter the public façade, everyone knew his original birth status; he just did not talk about it. Or dress like it. Or act like it.

The philosopher/writers usually opined on almost everything, even publishing an encyclopedia on human knowledge, but they were strangely silent about, you know what, that bloody thing sitting in the center of Paris.  All the unpleasant, untrue, unlawful accusations made against people depended on their class. One was guilty if he belonged to a particular class—teacher, priest, physician, large landowner, etc.

That was true in Lenin’s day and today.

We are seeing that in our day of revolution. If you are a minority, you have special rights. You can make outrageous accusations, talk poor and live rich, make stupid statements, and not be held accountable by the media or the law. Because of special status.

While shopping, Dickens said one stopped at all shops and admired all merchandise and was careful not to raise the envy or anger of anyone. One must not be ostentatious or pretentious or give the impression of superiority. Now, everyone was simply citizen. Not royalty, not priest or bishop, not aristocrat, or landlord—just citizen.

BLM and Antifa lowlifes, aware of their inferiority and having no hope for a significant future rejected reality. They are rejecting the America-is-the-greatest principle and emulating the practice of the ostrich. However, unlike the radical racists, the ostrich is not stupid enough to put his head in the sand. After all, that’s an invitation to get your bottom kicked.

The street rabble are too dumb to understand that and police officers need to kick them where their brains are and drag them to jail.

The post Revolution in America’s Streets: Like Past Revolutions, Fueled by Dishonest, Devious, Dangerous Leaders appeared first on DailySurge.