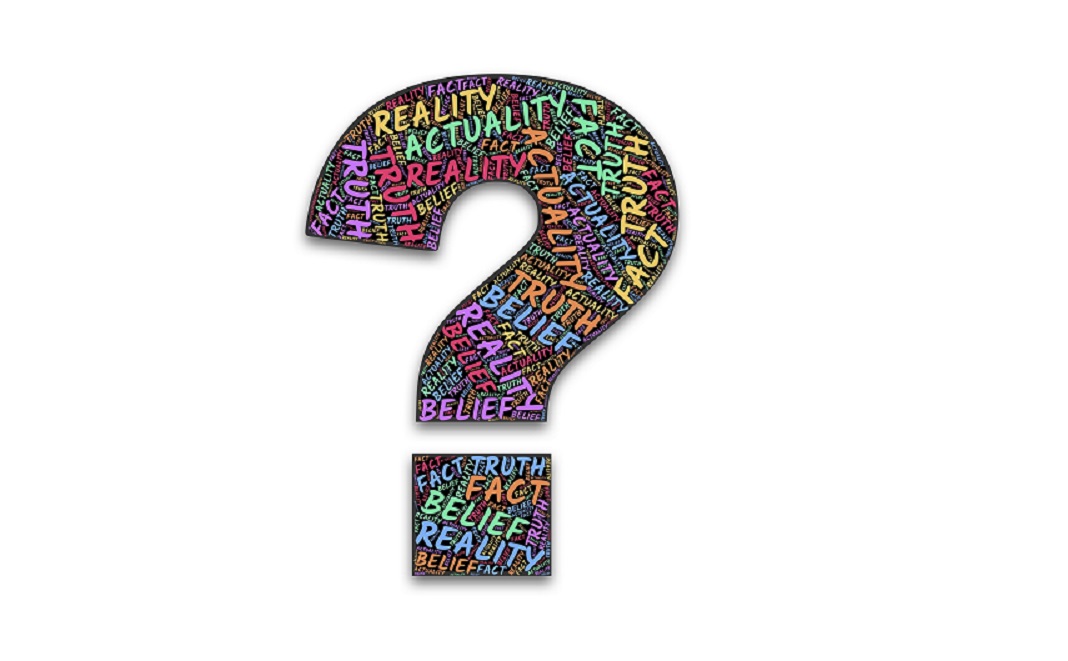 Surge Summary: When discussing the topic of Critical Race Theory, it is essential to make sure definitions are accurate. Many references to CRT eliminate all mention of its Marxist roots. Meantime, honestly pointing out America’s flawed racist past (slavery, Jim Crow, etc.) doesn’t constitute CRT either. Those concerned about CRT being taught to Americas children are not imagining the problem.

Few modern topics have become as divisive as critical race theory, which is no surprise, given that CRT divides. It divides people into groups pitted against one another, into categories of oppressed vs. oppressor. What’s worse, your group defines you. This certainly flies in the face of the Judeo-Christian conception of all individuals as children of God made in the image of God.

What’s making CRT even worse are misunderstandings and misconceptions on both sides, from the left and the right.

From the left, MSNBC’s Nicole Wallace recently made headlines for a comment about how “critical race theory … isn’t real.” The context of her statement seems to have been to allege that CRT isn’t really being taught in Virginia public schools—i.e., conservatives were manufacturing the claim to win elections. But the truth is that the revolt in northern Virginia started with very upset and frustrated parents at local schoolboards, many of whom theretofore had been apolitical in a highly Democrat district. It was a grassroots uprising. It’s crucial to understand that not only have conservatives taken notice and condemned the teaching of CRT in public schools—far from it—but so have liberals ranging from the likes of James Carville to Andrew Sullivan to John McWhorter to Bill Maher and many more.

That’s no myth. This is real.

I got an email last year from the parent of a prospective student really upset that one of her young kids was being taught that she as a “White” (upper case “W”) person was part of the oppressor class. As such, the girl needed to admit to her “White privilege” and unacknowledged racism and how she inherently discriminates against people of color, even if she believes she doesn’t. The kid, whose family every year at home celebrates MLK Day, was completely flummoxed by the whole thing. The class of fifth graders was being urged to write letters to the Cleveland Indians organization to change the team’s name, and they live in Illinois—about eight hours from Cleveland.

And yet, on the flip side, authentic forms of teaching about legitimate racial discrimination can get mislabeled as advocating for CRT. That’s wrong, too.

A respected colleague and good friend fears that if he talks about slavery or racial injustices in a course where he has long done so, he’ll now be suspected of advocating for CRT, given how riled up conservatives are about the issue. Point taken. Of course, that would be wrong, outrageously so. Discussing such subjects, as myself and other professors here at Grove City College have long done, is obviously not to advocate for critical race theory. One of the required readings in our mandatory Western Civ course is the Rev. Martin Luther King Jr.’s magnificent letter from the Birmingham Jail, which we all agreed from the outset to include as a core reading in the course. We certainly incorporated that letter long before the current CRT wave and will continue to do so.

I also lecture on King’s profound letter every fall semester in my Comparative Politics course, as well as lectures that I do around the country for Young America’s Foundation. My personal slogan is effectively: Teach MLK, not CRT.

Clearly, teaching about the sins and evils of slavery and racism does not ipso facto place one in the category of CRT writers like Robin DiAngelo, Kimberle Crenshaw, Richard Delgado, and Ibram Kendi. Conversely, when CRT writers laudably condemn, say, Jim Crow, that’s no reason to become a CRT advocate. Just as when Marxists laudably condemn, say, forced child labor, that’s no reason to become a Marxist. All human beings should reject those things. You need not become a critical race theorist or Marxist.

It reminds me of a constant caution I urge to religious-left Christians who oddly feel compelled to say sympathetic things of Marxism: If you want to help the poor, just follow the Gospel and teachings of Jesus. Why follow militantly atheistic Marxism merely because Karl Marx likewise talked of helping the poor? That’s silly. Marxists vehemently reject religion. Just as Marxists don’t get to claim ownership of workers’ rights, neither do critical race theorists suddenly get to claim ownership of civil rights. The NAACP, for instance, has done a darn good job fighting for civil rights and combating racism without embracing CRT.

For professors, this is a teachable moment to clarify such realities and what is and isn’t CRT. It’s what a teacher ought to do.

What also doesn’t help the situation is the behemoth of Big Tech and how it has politicized and manipulates the definitions of these things. Consider just one element of the CRT issue:

When typing “critical race theory” into Google—bear in mind that some 80-90% of the planet’s web searches go through Google—the first thing pops up is the Wikipedia definition. This is where inquirers “learn” about critical race theory. Like many terms, such as “cultural Marxism,” Google and Wikipedia in the past were far more accurate about these terms and their Marxist roots—back before the terms became hyper-politicized (on “cultural Marxism” click here and here).

For those of us unfortunates who study this junk for a living, we know better. We watch how ideologues distort meanings. In the past, I’ve printed these web pages and filed them in manila folders; now, I get screenshots. Screenshots are a must, given how quickly activists remold these definitions to suit their ideological purposes.

Precisely that is going on with the Google-to-Wikipedia search of “critical race theory.” What’s there is barely enough to discern the Marxist roots, albeit only to the discerning few who know the true history. Here’s how the definition starts:

Critical race theory (CRT) is a body of legal scholarship and an academic movement of U.S. civil-rights scholars and activists who seek to examine the intersection of race and U.S. law and to challenge mainstream American liberal approaches to racial justice.[1][2][3][4] CRT examines social, cultural, and legal issues primarily as they relate to race and racism in the U.S..[5][6] A tenet of CRT is that racism and disparate racial outcomes are the result of complex, changing, and often subtle social and institutional dynamics, rather than explicit and intentional prejudices of individuals.[7][8]

CRT originated in the mid-1970s in the writings of several American legal scholars, including Derrick Bell, Alan Freeman, Kimberlé Crenshaw, Richard Delgado, Cheryl Harris, Charles R. Lawrence III, Mari Matsuda, and Patricia J. Williams.[1] It emerged as a movement by the 1980s, reworking theories of critical legal studies (CLS) with more focus on race.[1][9] CRT is grounded in critical theory[10] and draws from thinkers such as Antonio Gramsci, Sojourner Truth, Frederick Douglass, and W. E. B. DuBois, as well as the Black Power, Chicano, and radical feminist movements from the 1960s and 1970s.[1]

This is a sugarcoated definition. In particular, note that there’s no explicit mention of Marxism, though for those who know, the mention of “grounded in critical theory” and listing of Antonio Gramsci first among its proponents tells you just that. Gramsci, the pioneering Italian Marxist (whose leading American scholar was Pete Buttigieg’s father), was a founder of the application of Marxism to culture—that is, cultural Marxism (as we’ve historically called it).

And yet, if you search the words “Marx” or “Marxism” in the text of the Wikipedia entry for critical race theory, they do not appear even once. They’ve been scrubbed. You will find, however, a crucial reference at the very bottom of the page in the box on “Origins.” There, it states succinctly: “Critical Theory: Origins: Frankfurt School, Freudo-Marxism.”

That’s it, precisely. Those are the foundational roots of critical race theory. Critical race theory, as one must cobble together from the Wikipedia page, “is grounded in critical theory,” and critical theory’s origins are the Frankfurt School and its infamous Freudian-Marxism. Case closed. That’s what you need to know. It should be in the lead paragraph, but the scrubbers scrubbed it, though they evidently missed the box at the end.

Get a screenshot of the box, before some activist deletes it. Expect there to soon be no mention of Marxism whatsoever anywhere on that page.

Truthfully, the Wikipedia page ought to say much more. The Marxist elements of critical race theory are extremely important to understand because of how dehumanizing and destructive it is, particularly to children. Karl Marx saw people not as individuals made in the imago Dei—the Judeo-Christian conception of human beings made in the image of God—but as groups to be shoved into opposing categories pitted against one another as foes. Marx did this according to class and economics, i.e., the Proletariat vs. the bourgeoisie, whereas Marxist critical race theorists do this according to race, i.e., white vs. black or some other ethnic-based construct. One group is the oppressor and the other the oppressed; your category defines you. Rather than aspiring to the color-blind world that Dr. Martin Luther King, Jr. envisioned, where individuals are judged by the content of their character, people are foremost viewed by the color of their skin.

It is a terribly dehumanizing way to view individual persons.

Consider the assessment of Dr. Wyatt Tee Walker, who was very close to the Rev. King: “Today, too many ‘remedies’—such as Critical Race Theory, the increasingly fashionable post-Marxist/post-modernist approach that analyzes society as institutional group power structures rather than on spiritual or one-to-one human level—are taking us in the wrong direction: separating even school children into explicit racial groups, and emphasizing differences instead of similarities.” Walker stressed: “The roots of CRT are planted in entirely different intellectual soil. It begins with ‘blocs’ (with each person assigned to an identity or economic bloc, as in Marxism).”

The Wikipedia entry for CRT says nothing like this. It makes no mention of Marxism, other than the “Freudo-Marxism” reference thus far surviving in the box at the bottom. For ideologues on the left, that’s perfect for demonizing those who object to CRT’s Marxist influences, including concerned parents. Those people can be derided as followers and fabricators of “myths,” and even as “white supremacists.”

This is what we’re up against with Big Tech. It controls not only the media narrative but the very meanings of terms.

Until then, in the spirit of Marxism, critical race theory will do what it does: divide people. We need to unite people around what is true.