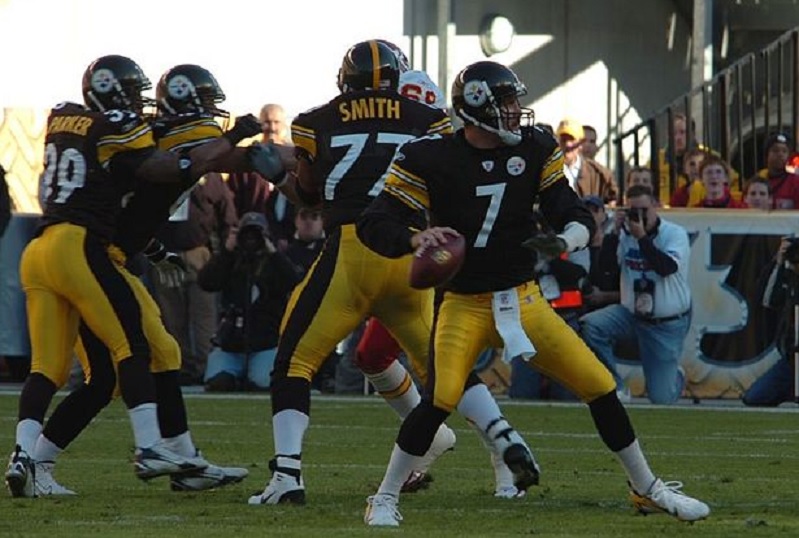 Surge Summary: The tumult continues this season in a “parity” National Football League. What does this next week — number thirteen — hold? Pigskin Pundit presents his picks.

Week 13, and one more chance to look like a total twit trying to pick games this tumultuous season.  Well, at least I’m in good company with all the other pundits, swinging and missing on games that seem to be locks.  Last week was brutal again at 7-8.  Not where I want to be, but then the same can be said by 3/4 of the teams in this league of parity.  Pete Rozelle’s dream is alive!  To the games!

Cowboys at Saints – The Saints have looked more like the first-century Christians in front of Nero lately, with injuries hammering their ranks.  Dallas has fallen back to earth as well, the shine off their Lone Star a bit as they struggled in recent games.  The Saints need miracles at this point to sustain playoff hopes, but the Cowboys don’t look to be in the blessing business this week, as they have a division to clinch in the next few games.  Six-shooters deep-six the Whodat Gang.

Giants at Dolphins – Miami has found some defense finally out of all those big draftees, making their coverage less drafty.  The Giants are still wandering around in the wilderness, trying to find themselves as Joe gets his immediate future in NYC Judged.  Giants get a sunburn and nothing else out of their trip south.  Phins win agin.

Colts at Texans – Houston may have stuck their thumbs in Tennessee’s eye a couple weeks ago, but when this stampede comes to town the beef is going down.  The improving Colts are looking to pull ahead of the herd late season, and throwing a shoe in Texas would be near fatal.  Jonathan ‘Taylors’ a victory by galloping over, through and around the downbound ground round.

Vikings at Lions – Dan?  Not this week, either.  Sorry, man.  You took the wrong job, so get used to this.  Mike’s Vikes get all the likes, while Dan’s clan gets canned and panned.

Eagles at Jets – The Jets have two QBs better than Zach Wilson right now…and they are sitting.  It’s too early to say this is Sam Darnold 2.0…or is it?  Anyhoo, if Philly keeps the ball on the ground, they are likely to come away with a grinding, pedestrian win…but a win is a win.  Pretty can come later.  Eagles shoot down the Jets with numerous bird strikes.  Where’s Sully when you need him?

Cardinals at Bears – No way in hay the Cards are losing to the Red Relic & his bares this week.  Byron ‘Murphy’s Law’ Murphy and Budda Baker (sounds like a Zen pastry chef) create a no-fly zone for the Dalton Gang, while Chandler ‘Me & Mrs’ Jones and Markus ‘Solid’ Golden make Andy’s pocket the warmest place in Chicago this weekend.  And we haven’t even mentioned the return of Kyler & D-Hop.  DaBears get DaFeated.  DaEnd.

Chargers at Bengals – Not a good matchup for the Bolts, as Joe will be Mixon it up on the ground again this week.  Stack the box to stop him, and Joe ‘BigThrow’ Burrow will scald you downfield with a hot cup of Tee Higgins.  I think the jury is in on the Chargers, and they have been found incompetent to stand trial for the playoffs.  Hungry Bengals stalk the post season.

Buccaneers at Falcons – Unless Tompa Bay totally forgets who they are, this won’t be much of a game.  Yeah, we’ve all seen crazy upsets every week this season, but this isn’t likely to be one of them.  The Bucs have too many ways to beat you, and beat Atlanta they will.  Pirates can the peaches.

Jaguars at Rams – LA drives me crazy, because they are not even equal to the sum of their parts, let alone greater than.  Gotta be a California thing.  This week they destroy the Sisters of the Poor when Urban Blight brings his lottery-pick team in for their weekly drubbing.  Poor Trevor Lawrence is probably rethinking that job at Foot Locker he was offered sophomore year…Rams slam the door on the Poor, for sure.

WFT at Raiders – Give the Waffletoppers credit for pluck…but Vegas is an aerial team, and that doesn’t play well to WFT’s strengths.  Oh yeah, Vegas can pound the rock a bit, too.  Terry McLaurin is great, but he is going to feel very lonely in Sin City this week as the Raiders dog his steps.  Tony Gibson is also going to find the field very small when he goes looking for daylight amongst all those ominous black jerseys.  What happens in Vegas…is a win for Vegas, this week.

Ravens at Steelers – The Steelers have been exposed.  Big Ben is officially Has Been.  He doesn’t get enough time to really throw downfield, while his opponents do…against a soft secondary.  Old champs are always a threat to rise up in any game and bite you, but this Pittsburgh team has fewer and fewer of those games left in them.  The Ravens have struggled on offense, mostly from Jackson holding the ball too long and then telegraphing it to an opposing jersey, but they even win those games, somehow.  Harbaugh has a horseshoe stuck up under that hat, apparently.  Steelers have lost their ‘mettle’, as the Ravens rave on.

49ers at Seahawks – San Fran is facing the corpse of the Seahawks at the right time, because the Rams are vulnerable to get bumped for a playoff slot.  The Squawks are just…how did this happen?  Pete Carroll is a good coach.  This is a proud franchise, so ‘Hey! Wha’ happened?’, to steal a line from the late Fred Willard.  Well, we know what WILL happen this week.  Frisco squashes the Squawks.

Broncos at Chiefs – The Orange Crush has two ace ball hawks in Simmons and Surtain, facing Kelce and the Freak.  What will be telling in this game is the Chiefs’ ability to convert 3rd downs against Denver’s struggles to get 3-and-outs from opposing offenses.  If KC wears down the Denver D, they will then likely blow the game wide open in the 4th quarter, as we have seen too many times to count.  As bad as KC’s defense has been this season, they are playing better and this is Teddy Bridgequarter they are facing.  Put another feather in the Chiefs’ warbonnet this week.

Patriots at Bills – Easily game of the week, for (momentary) supremacy of the AFC East.  The last thing an improving Bills team expected to see this year is 2nd place in their division, looking up at the Patriots…AGAIN!  Talk about psychologically damaging.  Buffalo has a chance to make a statement Monday night, and they had better bring it in spades, or the damage may be irreversible for all those Jim Kelly fans still watching with their naked painted chests in the snows of Orchard Park.  Allen has improved greatly as a player, but he is still susceptible to games where he reverts to prior form, making ill-advised throws.  This Patriots team will make you pay dearly for those mistakes.  Tyrannosaurus White is out for Buffalo, and Kyle Duggar is under Covid ban, so both powerful defenses are hobbled.  Diggs/Jackson is a marquee matchup, but the loss of Duggar means Dawson Knox will need extra attention from Patriot linebackers.  They also need to watch out for Allen’s mobility, because he can be 15 yards downfield in the blink of a broken play.  This game means more to Buffalo and they are home on a Monday Night.  Still, EVERY game means something to Bill Belichick, and his new-look Patriots are undefeated on the road.  This is a tight a matchup as you could imagine, so flip that coin.  Mine came down heads…..Patriots.