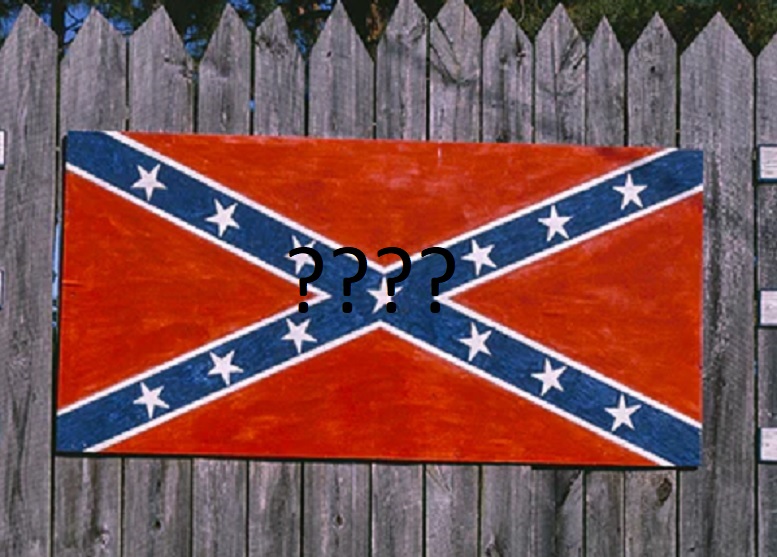 Surge Summary: The Confederate Flag is a relic of a disgraceful passage of American history. It is time for people to retire it.

My name is Stephen Charles Sherman and I know this piece will illicit hate, but oh well, I’ve been threatened before. We joke in our family that because of our last name we’re not welcome in the south. I’m an American patriot and have loved the red, white, and blue my entire life. I have proudly lived in the north calling Iowa my home as generations of Shermans before me have done. I am a distant descendant of General William Tecumseh Sherman famous for his scowl, like most Shermans I know. He’s also known for his crushing march to the sea during the American Civil War bringing the Confederacy to its knees and effectively ending slavery. His thoughts on warfare were as follows, “War is cruelty. There is no use trying to reform it. The crueler it is, the sooner it will be over.” He lived that out.

I also had a close relative lost to history named John Sherman who in 1862 was an anonymous farm boy from St. Ansgar, Iowa who answered President Lincoln’s call for troops to put down the rebellious south. John was part of the “Hornets’ Nest” that suffered greatly at the Battle of Shiloh, Pittsburgh Landing in Tennessee. Many historians say the Minnesota and Iowa farm boys of that fight turned the two-day battle for the Union forces and most of them paid with their lives. My ancestor John survived Shiloh and continued on with his service to the Union, ultimately being captured near Meridian, Mississippi.

John died in Andersonville prison in Georgia before General Sherman was able to liberate it sacrificing his life for the cause of freedom for all people. His bones lie in Georgian soil never to return to the black dirt of Iowa. That is the price our family paid to keep the Union whole and set the slaves free. It was worth it, and John is a hero to our family.

Imagine my surprise when one hundred and sixty odd years later this Sherman drove through the south from Iowa to Florida for a little R and R only to discover the confederate flag known as the Stars and Bars of the defeated rebellious south flying proudly from flagpoles in Kentucky, Tennessee, Georgia, and Florida. The first one made me chuckle as it was obviously some backwoods simpleton. However, by the third, fourth and more rebel flags flying spread over many states I realized it was no fluke of a redneck douche bag, it was much more.

I will admit I have not been a fan of the “Kneeling” movement for our national anthem. I’ve been upset by it even, as I feel it is disrespectful of our united flag (Old Glory) that flies over all races of Americans proud and true. Troops who have served since the Civil War days have enjoyed a brotherhood that transcends black and white skin hues, and they are united in the red, white, and the blue.

However, since discovering that many in the south are still flying the rebel flag, I am even more disturbed by that than by any kneeling football player.

I grew up with the “Dukes of Hazard” and a rebel flag painted on the roof of the “General Lee”. It was harmless and fun. I had no idea the truth behind it or what it represented. As I grew and learned the true history such as the fact that my ancestor lay dead in southern soil to defeat that very flag and eliminate the plague upon America that was slavery. Under the banner of the “Stars and Bars” millions of human beings were treated as animals and enslaved and finally 750,000 souls were killed in the war to rid our nation of the disgusting practice of slavery and stay united as one nation, and yet it remains flying upon modern day flag poles in the south.

How has this happened? In our overly woke world, how has the symbol of southern slavery remained? How must it make every black person who sees it feel? I can tell you how pissed it made this white northerner feel! How would a Jew feel to drive by a Nazi flag flying high and proud in Germany for all to see? Almost everyone would be disgusted by the Nazi flag so why are we winking at the confederate flag? Forget worrying about kneeling for the anthem if we still have the confederate flag flying in the south. I literally saw it fly within a few miles of the Tennessee Titans stadium. It was within shouting distance of the Atlanta Falcons field and an especially large one was flying not far from the Dolphins turf. How is this allowed?

Sorry. Not sorry. The old South that is what the rebel flag stands for will never rise again. Time to put the stars and bars away in the museums of history. Modern southerners flying it is embarrassing and disgusting. Or maybe that’s just the Sherman in me.

Forget Kneeling for the Anthem…Stop Flying the Rebel Flag!

Steve Sherman is an author, popular TV and Radio guest, and former Iowa House candidate. Also, formerly Senior Editor at DailySurge.com, now a fiction novelist and freelance writer of political news and commentary. His articles have appeared nationally in both print and online for Townhall, Human Events, Clash Daily, Washington Times, Washington Examiner, Forbes, and others. Steve’s latest historical fiction, “Beer Money” chronicles the Iowa City Beer Riots of 1884 and released during the pandemic. Order yours today at www.scsherman.com and wherever fine books are sold.

The post This Constitutional Patriot Says: Time to Get Rid of the ‘Stars and Bars’ appeared first on DailySurge.