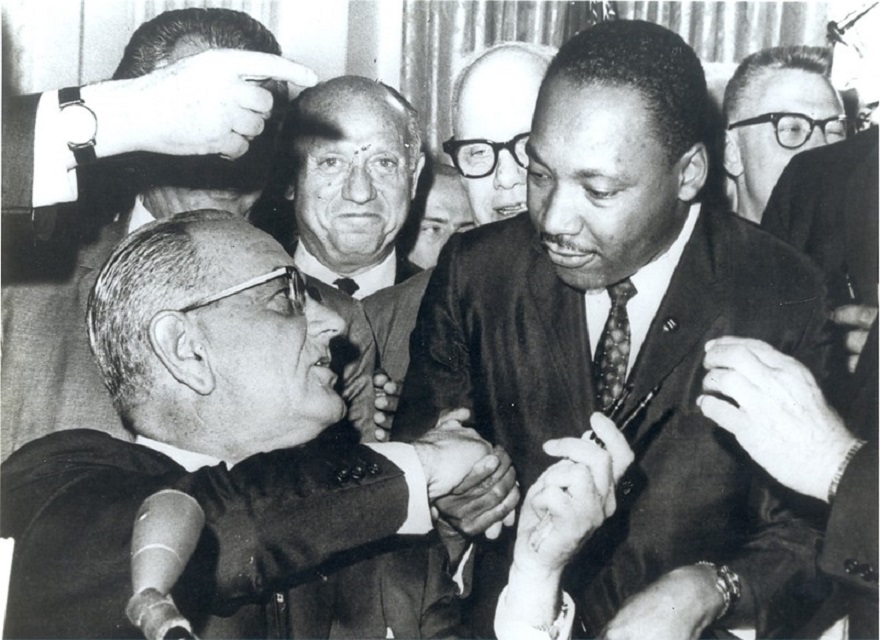 Surge Summary: Dr. Martin Luther King’s exhortation on “loving our enemies” remains as vital today as it did when he proclaimed it decades ago. BLM, contrarily, seeks racial redress and justice through hate and vengeance. That is not ever the way to go.

In saying this, I am not saying anything novel. In fact, for more than 5 years now, I have emphasized the importance of separating the statement that black lives matter from the BLM movement. But today, in the aftermath of the Kyle Rittenhouse trial, that distinction is all the more important.

It is also important that all of us, from all races and ethnicities, learn some essential truths from Dr. King.

As for BLM, consider these tweets sent out from BLM’s official Twitter account with reference to the Rittenhouse trial:

November 19, 1:34 PM: “Reminder: the system is working exactly as it is meant to. The system was always meant to protect and uphold white supremacy.”

November 19, 8:51 PM: “the little racist/terrorist kyle rittenhouse represents the exact kind of white-supremacist vigilante violence that we’ve seen before — with the acquittal of George Zimmerman in the murder of #TrayvonMartin.”

It is inflammatory. It is dangerous. And it is inexcusable, especially for a national civil rights organization.

And, lest we forget, there is scant (or no) evidence that Rittenhouse was a white supremacist, while the men he shot in Kenosha were all white. (See here for more.)

In fact, in his first interview since the not guilty verdict, he said, “I’m not a racist person. I support the BLM movement. I support peacefully demonstrating.”

And how did BLM respond? With a literal “[Expletive] you” (and by literal, I mean spelled out).

This is the ugliness of the BLM movement. This is their destructive nature. This is why they must not be supported or endorsed, especially by those who truly care about the wellbeing and full equality of American blacks.

Contrast this with the spirit of Dr. King, whose powerful sermon on “Loving Your Enemies” I read carefully while researching for my forthcoming book The Silencing of the Lambs.

In this important 1957 message, King wrestled with the command of Jesus to love our enemies, asking if it was even possible. But he knew deep down that it was essential, saying, “Yes, it is love that will save our world and our civilization, love even for enemies.”

How, then, were we to do this?

First, he stated that we must examine ourselves to recognize our own shortcomings and deficiencies and sins. Maybe people hate us because of something wrong in us.

Next, he said that we must discover some good within our enemies, “and every time you begin to hate that person and think of hating that person, realize that there is some good there and look at those good points which will over-balance the bad points.”

He also emphasized that we must not make our battles personal, noting, “When you rise to the level of love, of its great beauty and power, you seek only to defeat evil systems. Individuals who happen to be caught up in that system, you love, but you seek to defeat the system.”

As to why we must respond with love when we are hated, Dr. King explained “that hate for hate only intensifies the existence of hate and evil in the universe. If I hit you and you hit me and I hit you back and you hit me back and go on, you see, that goes on ad infinitum. It just never ends. Somewhere somebody must have a little sense, and that’s the strong person. The strong person is the person who can cut off the chain of hate, the chain of evil.”

He added: “Men must see that force begets force, hate begets hate, toughness begets toughness. And it is all a descending spiral, ultimately ending in destruction for all and everybody. Somebody must have sense enough and morality enough to cut off the chain of hate and the chain of evil in the universe. And you do that by love.”

Now, go back and read those BLM tweets again. The contrast between Dr. King and BLM could not be more stark.

The former offers a path to redemption, the latter a path to destruction.

One overcomes evil with good. The other multiplies evil.