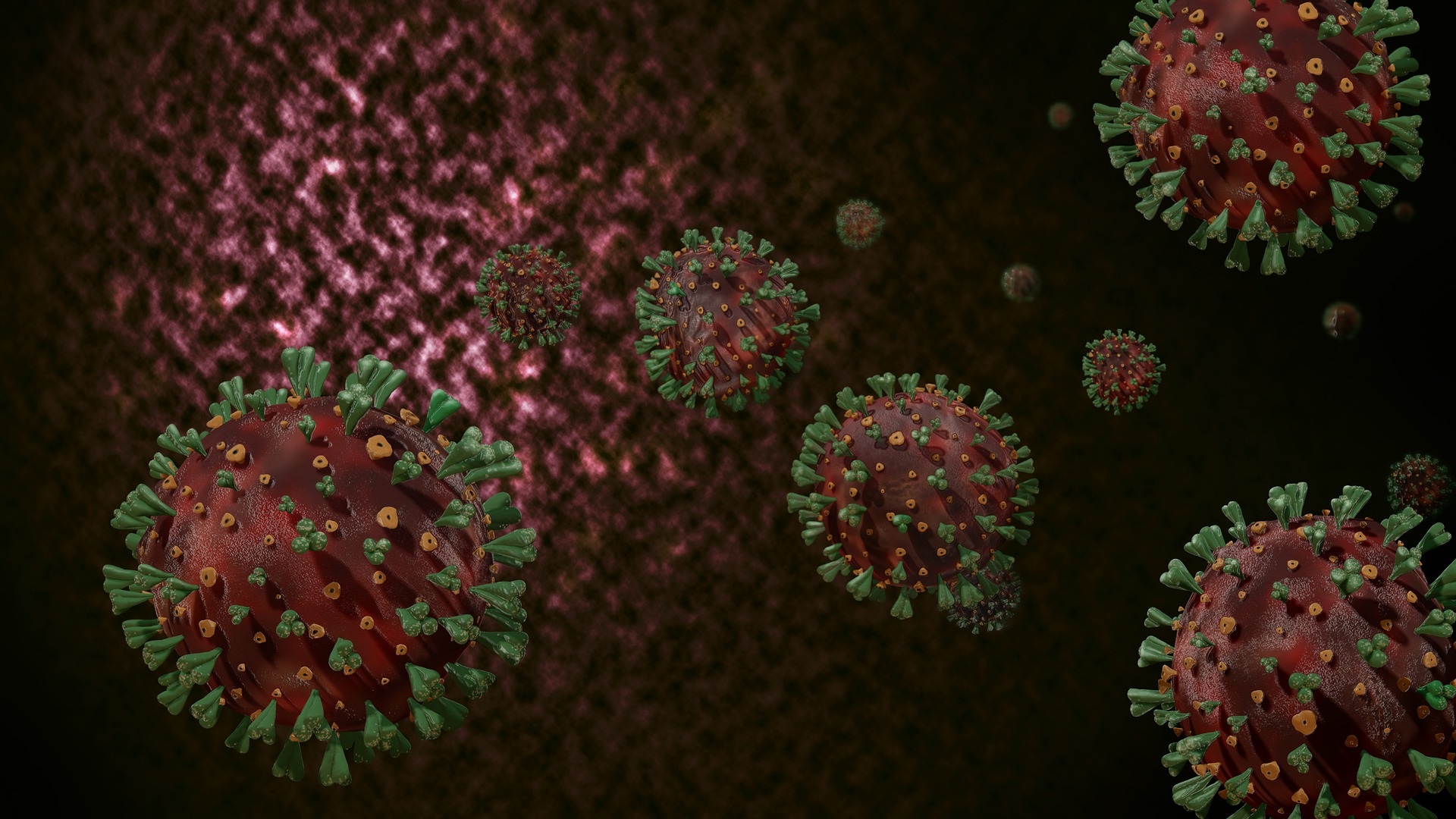 Surge Summary: Hundreds of thousands die every year from “Medical Mistakes”. That’s a bit of data worth keeping in mind when evaluating the experts’ claims about COVID-19, vaccines, etc.

Others did not get COVID but were sick in bed for weeks because of the vaccine.

One 64-year-old friend died a few days after being vaccinated. His death was listed as a heart attack, but can anyone guarantee the shot had nothing to do with his death? There have been thousands of such cases within hours of the jab, yet state and federal governments are forcing free citizens to take the jab without dealing with all the fall-out from failed, even fatal vaccinations.

It is shocking that any government official, especially liberals, would demand that free people be forced to permit their bodies to be injected with an unwanted, untrusted, and unneeded substance. What has happened to Liberals?

Some experts think the missionary zeal to vaccinate everyone is totally unnecessary, if not unlawful. Dr. Michael Yeadon, former Vice President and Chief Scientist of Pfizer, declared, “There is absolutely no need for vaccines to extinguish the pandemic.  I’ve never heard such nonsense talks about vaccines.  You do not vaccinate people who aren’t at risk from the disease.  You also don’t set about planning to vaccinate millions of fit and healthy people with a vaccine that hasn’t been extensively tested on human subjects.”

However, on with the crusade to convert everyone into a participant in the biggest power grab since Attila the Hun saddled up for his ride across Europe in the fifth century.

Everyone should know what happens to the body at the time of vaccination. Political physicians in Washington tell us the vaccines will protect against COVID or won’t be as severe if you get the disease. Well, not necessarily.

We are told the COVID-19 vaccines are different from others. The CDC website says, “to trigger an immune response, many vaccines put a weakened or inactivated germ into our bodies. Not mRNA vaccines. Instead, they teach our cells how to make a protein—or even just a piece of a protein—that triggers an immune response inside our bodies.”  So, when the Chinese coronavirus vaccine is shot into a body, it is supposed to trick the body into thinking the disease is present; then produce antibodies to fight it off.

The Moderna website goes to the heart of the matter by saying, “COVID-19 mRNA vaccines give instructions for our cells to make a harmless piece of what is called the ‘spike protein.’ The spike protein is found on the surface of the virus that causes COVID-19.” The pitch is that vaccinated people get protection “without ever having to risk the serious consequences of getting sick with COVID-19.”

Alas, if only that were true.

It is commonly known that the vaccine protects no one from getting COVID. But the vaccine does not protect from COVID but causes COVID infections it is supposed to prevent! Yet, Moderna’s website promises mRNA, also called messenger RNA, “delivers the instructions your body needs to potentially prevent, treat, or cure a disease.”

Not in the real world. A shocking Israeli study revealed vaccinated individuals were 27 times more likely to get a symptomatic COVID infection than those with natural immunity!

Moreover, why should those who survive a COVID infection get a dubious, untested vaccine that doesn’t work when a study by the Yale School of Public Health offers the latest evidence that “the immunity acquired by COVID-19 infection is superior to the immunity from vaccination.”

Scientists tell us mRNA is naturally found in every cell in the body and carries genetic information from DNA in the highly protected nucleus to the rest of the cell. Structures called ribosomes can then build proteins according to the DNA blueprint.

Medical experts tell us, “mRNA medicines are sets of instructions. And these instructions direct cells in the body to make proteins to prevent or fight disease.”  The body is tricked into creating its own defense by pulling the trigger of your body’s immune system. Your body has the blueprint it needs to kick in its defense mechanism to fight off the invading virus. Moderna likens this to test answers. Whenever your body is attacked, it pulls up the answers to solve your health problem.

As is sometimes true in education, the answer sheet is wrong!

The mRNA stores genetic instructions our bodies need to produce proteins that permit the body to function. Without mRNA, there would be no proteins made, and the body would not perform.

Dr. Vladimir Zelenko says the whole body “becomes a spike protein factory,” many times more than if you were to get COVID.  The infected cells produce spike proteins that travel to every single cell in your body.  Zelenko also declared, “According to a paper published by the Salk Institute in San Diego, they’ve discovered that the spike protein that’s generated through the vaccination itself has negative health effects. It’s toxic…There’s plenty of evidence that shows that it spreads from the injection site and goes to the bloodstream, and basically comes into every single cell in the body.”

The vaccine does not stay in the shoulder but is distributed throughout the body via the bloodstream within hours. Dr. Byram Bridle, a Canadian immunologist, also cites recent research showing the spike protein remained in the bloodstream of humans for 29 days. He declares that both the vaccine and the spike protein are expelled in breast milk and could be fatal for babies. Bridle says vaccinated breastfeeding women are in danger of feeding a baby contaminated milk. Mothers are not doing good by transferring antibodies but are transferring the vaccine itself, as well as the spike protein, which could result in bleeding and/or blood clots in their child.

It is shocking and unprecedented to vaccinate pregnant women with an unproved vaccine, but that is the reality. Recently, the New England Journal of Medicine declared pregnant persons (women) “are at risk for severe coronavirus disease 2019 (Covid-19), and infection with severe acute respiratory syndrome coronavirus 2 (SARS-CoV-2) during pregnancy is associated with increased risks of preterm birth and other adverse maternal and neonatal outcomes.”

Additionally, there have been “1,969 fetal deaths recorded following COVID-19 shots as of October 1, 2021. What sane woman would take such risks with her unborn child?

When the mRNA is injected into an arm, it hits the bloodstream and lodges in various organs, bone marrow, and females’ ovaries. Carried with it is the spike protein to the organs where blood clots or bleeding can take place. The spike protein and the vaccine are also expelled to a vulnerable child with deadly results in breast milk. Blood transfusions are dangerous since the vaccine and the spike protein are transferred to an unknowing victim, sometimes killing him rather than saving him.

In light of the above, the CDC still recommends COVID-19 vaccination “for people who are pregnant, breastfeeding, trying to get pregnant now, or who might become pregnant in the future.”

Drs. Mike Yeadon, Luc Montagnier, and Vladimir Zelenko believe the COVID-19 shots could reduce life expectancy several decades. “There is an absolute effect on fertility,” Zelenko says, “We just don’t know to what degree yet.” Drs. Stephanie Seneff and Judy Mikovits agree with that claim.

Dr. Joseph Mercola reported that Byram Bridle, Ph.D., a Canadian immunologist and vaccine researcher got access to Pfizer’s biodistribution study from the Japanese regulatory agency. He discovered previously unknown facts of a “huge problem with all COVID-19 vaccines.”  Bridle found that Pfizer’s vaccine’s mRNA and subsequent spike protein are “widely distributed in the body within hours” rather than remaining near the vaccination site. Since the spike protein is a poison, it can “cause cardiovascular and neurological damage.” This can result in the toxin accumulating in the ovaries of females who received the injection, causing blood clots, abnormal bleeding, infertility, pain at the injection site, heart inflammation, heart attacks, severe allergies, diarrhea, etc. Additionally, 30,000 women reported their periods being altered after getting the COVID-19 vaccine.

“We made a big mistake,” Bridle said in an interview with Alex Pierson. “We thought the spike protein was a great target antigen; we never knew the spike protein itself was a toxin and was a pathogenic protein. So, by vaccinating people we are inadvertently inoculating them with a toxin.” It appears to a non-medical person that it is strange to purposefully instruct the body to create the very thing (spike protein) that will destroy the body.

“We made a big mistake” is an honest confession not heard often from the soothsayers in Washington. Now, the world is living with their mistake. But then, medical mistakes are the third biggest cause of American deaths (250,000 annually) as reported by a Johns Hopkins study, while other reports claim the deaths could be as high as 440,000. If independent COVID physicians are correct, the total will be in the millions next year.

Now we are told vaccinated people may be more vulnerable to severe illness than previously thought. Bloomberg reported, “Scientists from the US have said vaccinated people appear to be contracting the coronavirus at a surprisingly high rate, according to a report in Bloomberg.”  It went on to say that there is a concern of more severe injuries being reported from the vaccinated. Vaccinated patients report serious reactions such as Bell’s palsy, herpes, blood clots, bleeding, heart attacks, paralysis, shingles, etc., following COVID-19 vaccination.

In short, when you get the COVID-19 vaccine, you are being injected with an agent that instructs your body to produce a bioweapon in its own cells.  Dr. Peter McCullough, a COVID expert at Baylor, declared it is “bioterrorism by injection.”

Americans are surrendering their freedom, jobs, common sense, etc., for the possibility of an ounce of safety.

You now know that there is a mass of contradictory information regarding COVID. The thoughtful and concerned reader will not be bullied, badgered, browbeaten, or blackmailed to get the jab without a thorough knowledge and thoughtful consideration.

Each person must be awake, aware, alert, alarmed, and active in protecting their health.  If not, they will not be alive if a cadre of independent physicians is correct.

I think they are right.

Man is a free being who chooses between good and evil, beauty and ugliness, truth and error, and must live with the free choice he makes.

However, it must be his choice.

(Dr. Don Boys is a former member of the Indiana House of Representatives who ran a large Christian school in Indianapolis and wrote columns for USA Today for 8 years. Boys authored 20 books, the most recent,  Reflections of a Lifetime Fundamentalist: No Reserves, No Retreats, No Regrets! The eBook is available at Amazon.com for $4.99. Other titles at www.cstnews.com. Follow him on Facebook at Don  Boys, Ph.D., and visit his blog.  Send a request to DBoysphd@aol.com for a free subscription to his articles and click here to support  his work with a donation.)

The post Death from ‘Medical Mistakes’ – Keep in Mind When Deciding YOUR Pandemic Response appeared first on DailySurge.