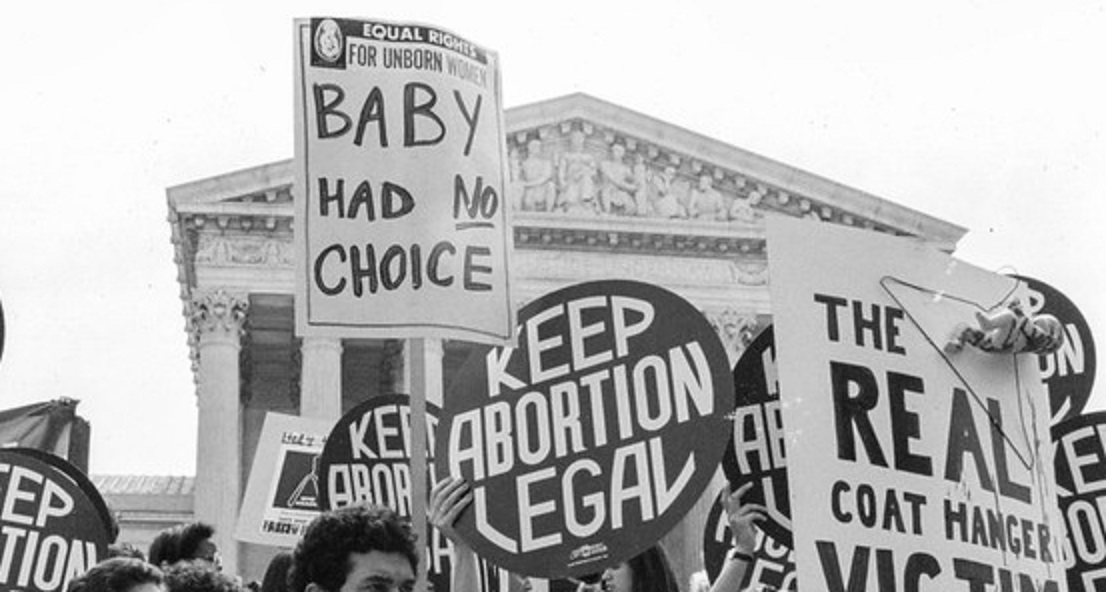 Surge Summary: From the appearance of oral arguments and exchanges at last Wednesdays Supreme Court abortion case, it looks like Roe v. Wade may be in danger of being overturned. That’s encouraging for pro-life Americans — but nothing should be taken for granted.

Editor’s note: This article first appeared at The Spectator World.

Inside the court, the atmosphere was more serene. Stepping forward to open the arguments, Mississippi solicitor general Scott Stewart framed his position simply but boldly: “Roe v. Wade and Planned Parenthood v. Casey haunt our country,” he said. “They have no basis in the constitution, they have no home in our history and traditions, they have damaged the democratic process, they have poisoned the law. For 50 years they have kept this court at the center of a political battle, which it can never resolve.”

Stewart was there to defend Mississippi’s abortion law which, with limited exceptions, bars abortion after the 15th week of pregnancy, in direct contravention of both Roe v. Wade and Planned Parenthood v. Casey, the two cases which provide the framework of the constitutional entitlement to abortion.

But rather than painting an ideological argument framed around complex philosophical, ethical, and moral considerations, Stewart argued the court should itself simply be neutral. Abortion, he said, should be outside of the court’s jurisdiction entirely, because the constitution places responsibility for these types of issues, which represent the intersection of changing science, theology, morality, and medicine, not with judicial fiat, but with the democratic process.

“On hard issue, after hard issue, the people make this country work,” he said. “Abortion is a hard issue. It demands the best from all of us, not a judgment by just a few of us.”

For an issue often wrapped in emotional appeals and laden with the language of values, Stewart’s argument for Mississippi was notably focused on the standing of the law and a cerebral discussion of the legal matters at play.

At one point, an animated and at times impatient Justice Sonia Sotomayor attempted to unmask a hidden ideological-religious agenda. “How is your interest anything more than a religious view?” she asked Stewart. Stewart acknowledged that many of the issues surrounding abortion are, indeed, philosophical—which is why these questions should be subject to the democratic process, allowing states to decide their own answers rather than the court imposing one view onto the country.

Justice Sotomayor returned with a different tact, centering on the court’s doctrine of stare decisis—a reliance on the court’s prior decisions when making subsequent legal judgments. “Won’t overturning Roe and Casey also put other major cases at risk?” she asked, referencing Obergefell v. Hodges, the case that established a right to same-sex marriage, and Griswold v. Connecticut, which protects the right of married couples to buy and use contraception, among others.

And again, Stewart was quick to distinguish the issues that make Roe and Casey unique. The other cases would not be at risk, he flatly declared, because they promulgate clear rules, which are easily upheld, unlike the muddy legal morass that Roe and Casey are widely agreed upon to represent. Moreover, he finished, neither of the referenced cases involve the purposeful termination of a human life.

Ultimately, Stewart’s appeal to state sovereignty and deft handling of stare decisis concerns appeared to compel most of the court’s conservative justices, which now constitute a 6-3 majority. Of the six, only Justice Clarence Thomas has gone on record about his desire to overturn Roe, joining an opinion by then-Chief Justice William Rehnquist arguing “Roe was wrongly decided and that it can and should be overruled,” and declaring last year in June Medical Services, LLC v. Russo that the right to abortion was one created “out of whole cloth, without a shred of support from the constitution’s text.”

Justice Brett Kavanaugh appeared most clearly to lean in favor of returning the question of abortion to the voters and was openly skeptical that stare decisis represented a command to the court rather than a prudential judgment—an assessment he supported by listing a litany of Supreme Court cases which overruled prior precedent. Chief Justice John Roberts seemed, at some points, to be probing for a middle ground—one which would allow the court to maintain Roe and Casey while perhaps finding a new line for viability (the point at which the baby can survive outside the womb, considered by the Roe regime to be 24 weeks).

On the opposing side, Julie Rikelman, senior director of the Center for Reproductive Rights, and U.S. Solicitor General Elizabeth Prelogar, representing the Biden White House, presented a case that, ironically, appeared to be far more based on political judgments than matters of law subject to judicial reasoning. Their argument essentially distilled to one that said the right of abortion is existential to women, it has been the law for a long time, and it may hurt women if overturned.

Under questioning, this line of argument showed its weakness in lacking judicial principle. Rikelman relied heavily on the historically discredited notion that abortion was a “common law right” prior to the 19th century, and thus should provide historical support for the court’s continued maintenance of Roe and Casey. Yet when pressed by Justice Samuel Alito to name a single court precedent before Roe which referenced this supposed common law right, Rikelman could name none.

On the question of stare decisis, Elizabeth Prelogar, widely respected as one of the most talented oral advocates of her generation, appeared to stumble in a protracted exchange with Justice Alito about the appropriateness of upholding an egregiously wrong law (Roe, as a legal matter, is held by scholars on both sides of the issue to be legally indefensible and bad law).

“Is it your argument that a case can never be overruled, simply because it was egregiously wrong?” Alito asked, before referencing Plessy v. Ferguson, the 1896 decision which enshrined state-imposed racial segregation. “Would it not be sufficient to say,” Alito went on, “‘that was an egregiously wrong decision on the day it was handed down, and now it should be overruled?’”

Though Prelogar conceded that Plessy had been wrongly decided, she refused to acknowledge that it should have been overturned on those merits alone if nothing material or circumstantial had changed. (Plessy was not overturned until Brown v. Board made school segregation illegal in 1954.)

“So is it your answer that we needed all the experience from 1896 to 1954 to realize that Plessy was wrongly decided?” Alito pressed, noting that parts of the country during that time relied on Plessy to enforce a legal regime of white supremacy. Still, Prelogar, locked into her defense that the court should uphold Roe solely as a matter of precedent, maintained that stare decisis required the court to maintain Plessy as long as it did.

In his closing rebuttal, Mississippi’s solicitor general Scott Stewart returned to Plessy v. Ferguson: “It took 58 years for this court to recognize the truth of those realities in a decision. And that was the greatest decision that this court ever reached. We’re running on 50 years of Roe. It is an egregiously wrong decision that has inflicted tremendous damage on or country, and will continue to do so and take innumerable human lives.”

For conservatives who have, of late, been discouraged with the court, it was an encouraging day. While it is tempting to read too much into oral argument, a decision—expected sometime next summer—is far from being reached. Much behind-the-scenes lobbying is yet to come, where the justices lobby one another for their preferred outcome, to say nothing of the external pressures at work on such a consequential issue.

But after 50 years of an abortion regime which has cost tens of millions of lives, has been unmoored from any medical and scientific advances and immune to changing public opinion, Roe and Casey are beginning to show their cracks. Undoing these cases—and returning the decisions surrounding abortion to the states—is a possibility that today seems entirely within reach.

Rachel Bovard is senior director of policy at the Conservative Partnership Institute. Beginning in 2006, she served in both the House and Senate in various roles including as legislative director for Senator Rand Paul (R-Ky.) and policy director for the Senate Steering Committee under the successive chairmanships of Senator Pat Toomey (R-Penn.) and Senator Mike Lee (R-Utah), where she advised Committee members on strategy related to floor procedure and policy matters. In the House, she worked as senior legislative assistant to Congressman Donald Manzullo (R-IL), and Congressman Ted Poe (R-TX). She is the former director of policy services for the Heritage Foundation. Bovard is a 2006 graduate of Grove City College.