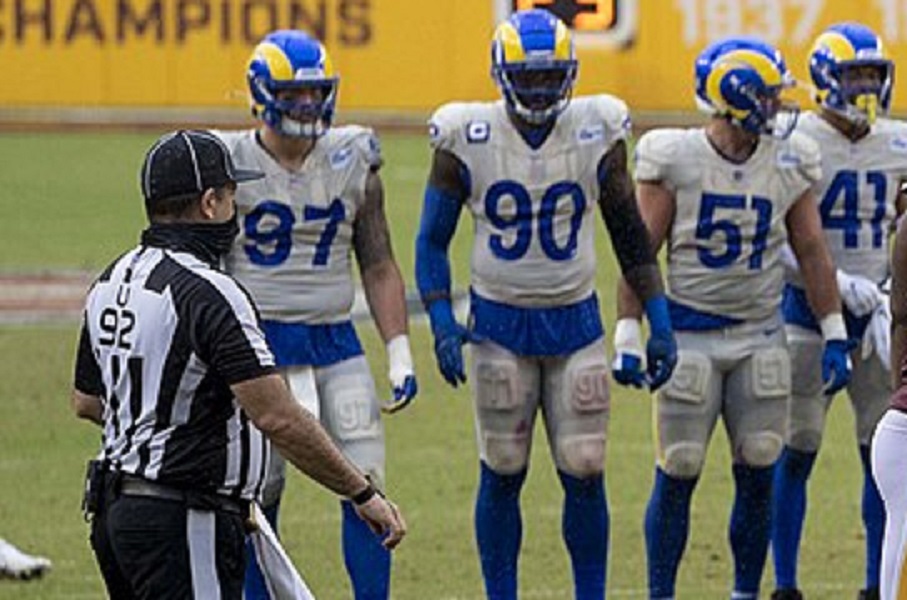 Surge Summary: A critical week awaits as the National Football League approaches playoffs. A few teams are plainly out of the hunt … a whole bunch still have a shot. Below, Pigskin Pundits’ informed speculations.

It’s finally time for some teams to pull away from the pack in Clinch Week, as the divisional races approach critical mass.  Speaking of critical mass, did anyone see Sean McDermott’s head expand on the sidelines Monday night, with Bill Belichick clearly living inside there?  At first I thought it was all that wind…Does any coach whine more to the refs than McDermott?  He’s the Earl Weaver of the NFL.  He should cry, because he’s not good enough and his team knows it.  Ah well, it was a decent week of games and a few surprises, but overall I went 9-5.  We enter the home stretch, with much to be decided.  Here’s the picks.

Steelers at Vikings – Pittsburgh was one of my surprises this week, although I did warn that old champs like this team can draw on that former excellence at times and beat a team they shouldn’t.  Harbaugh made the right call, but it was a gamble that didn’t pay off.  Not to mention the Vikings blowing a win at the last second to Detroit.  How Mike Zimmer keeps a job (or supermodel girlfriend) is beyond me.  He ain’t about results.  If Dalvin Cook and Thielen don’t play Thursday, I like the Steelers. TJ is a wrecking ball.  Zimmer’s lost his shimmer as Tomlin puts the pedal to the metal.

Cowboys at WFT – Dallas hopes to shake off their offensive misfires and lock down the division in the next several weeks, although they face divisional opponents in 4 of those 5 games.  The Waffletoppers are hot, winning their last four, including Tampa and Vegas.  They boast the 9th-best running attack, something the Cowboys struggle against.  What they don’t boast is a good pass rush anymore, which will leave Dakota Prescott with time to find his speedsters downfield.  Dallas goes on the Lamb in Capitol City, where Washington is not monumental.

Jaguars at Titans – The Tennessee Hurtins should be able to maintain their advantage atop the South when Urban Myth and his Draguars come to town.  Vrabel will have his team ready, however ravaged by injuries they are.  Expect the Sags to put up a decent fight like they did beating the Bills, but what Vrabel has done with this hospital ward of wounded warriors and spare parts is a testament to his coaching skills.  Tennessee ‘Titans’ their hold on the South.

Seahawks at Texans – In a ‘Who cares?’ game, Seattle has a chance to regain some self-respect.  Houston has disintegrated of late, so Pete Carroll can grab a feel-good win on the road this week.  ‘Rustle’ Wilson shoots the lights out in Houston.

Raiders at Chiefs – Andy Reid’s team may struggle on offense, but defense wins championships.  And let’s face it, whatever KC’s problem is moving the ball, deep down we all believe they are going to throw a switch and return to form any day.  Vegas gives me no such assurance that they are going to find consistency soon, and certainly not this week in Arrowhead.  Raiders are the faders, as the Chiefs inspire belief.

Saints at Jets – Jets get beaten again like a rented mule.  Rinse and repeat.

Falcons at Panthers – These two div-rivals meet at 5-7 each.  Ryan is the better QB by miles.  Panthers have the better defense, front to back, but an ineffective signal caller and McCaffrey is gone again.  Doesn’t help having DJ Moore back if nobody is throwing to him.  Neither of these teams feel like they are seeing the post-season, so I’ll toss a win Atlanta’s way, because Patterson, Pitts and Gage are healthy.  Peaches punch the Pussycats.

Ravens at Browns – Blistering divisional knife fight here, as the Ravens are struggling to stay on top of a barrel of alligators here.  Cleveland has underperformed again this season, when they have so many top-level weapons.  I keep thinking they are going to figure it out and win regularly, and they keep not figuring it out and turning in outstanding INDIVIDUAL performances.  With Harbaugh’s Hardo’s hanging by a thread, flip your coin here.  Mine says the Browns ground the Blackbirds.

Giants at Chargers – The Bolts have been the model of inconsistency this season, playing below their talent level every other week.  They are still in the playoff hunt and cannot afford to drop one to a team like this.  If you’re a betting man, this is my lock of the week.  Bolts jolt the Compliants right back to Gotham.

Lions at Broncos – Have the Cryins finally turned the corner, entering W-land?  They have played hard in every game this year, and aren’t know for Lion down on other teams.  Denver has been meh on offense, but increasingly stingy on D.  They need this game and every one after it, so their determination cannot be discounted.  This week the Horse beats the Gray Flannel Pajamas.

Niners at Bengals – The Bungles have disappointed of late, dropping games they needed to win.  San Fran has been very inconsistent as well, with Gentleman Jimmy getting in on some early Christmas gifting of footballs to opposing D-backs.  This is another game that can go either way easily, as the teams match up pretty well.  Burrow is overdue for a big game, as Cincy needs to keep pace in the up-for-grabs AFC North.  Tigers are finer than Frisco’s Niners.

Bills at Buccaneers – Buffalo had their balloon popped but good last week, and THIS is not a good opponent to follow with.  You have to laugh when the Bills are going from a bruising 46-rush Patriots victory to a 51-throw ‘aerial assault’ by Brady in subsequent weeks.  That Buffalo curse is about to bite again, hard.  Bucs clinch, while the Bills flinch.

Bears at Packers – There’s a sale on fresh Bear meat in Green Bay this week, as the Meat Packers prepare a spicy reception for Chicago.  There isn’t much analysis to do here, because the Bay trails DaBears in NO category that matters.  Rushing?  Please, I’d still take Green Bay if all they were allowed to do was run it.  The Cheese gets a clinch while the Bears get the Grinch.  It’s a cinch.

Rams at Cardinals – This is clearly game of the week, as the best overall team in football tries to hold off the best-looking overall team in football.  A true heavyweight bout, with two powerhouses exchanging punches.  Matchups to watch are Hopkins/Ramsey and Murphy/Cupp, as the best of the best go at it.  Everybody wins on Monday Night with a grudge match like this, as LA dropped the first meeting and wants a rematch.  Something tells me the Rams are ready to rumble….but my head tells me that Arizona plays their Cards right, again.  Rams see red as the Cards knock ‘em dead.