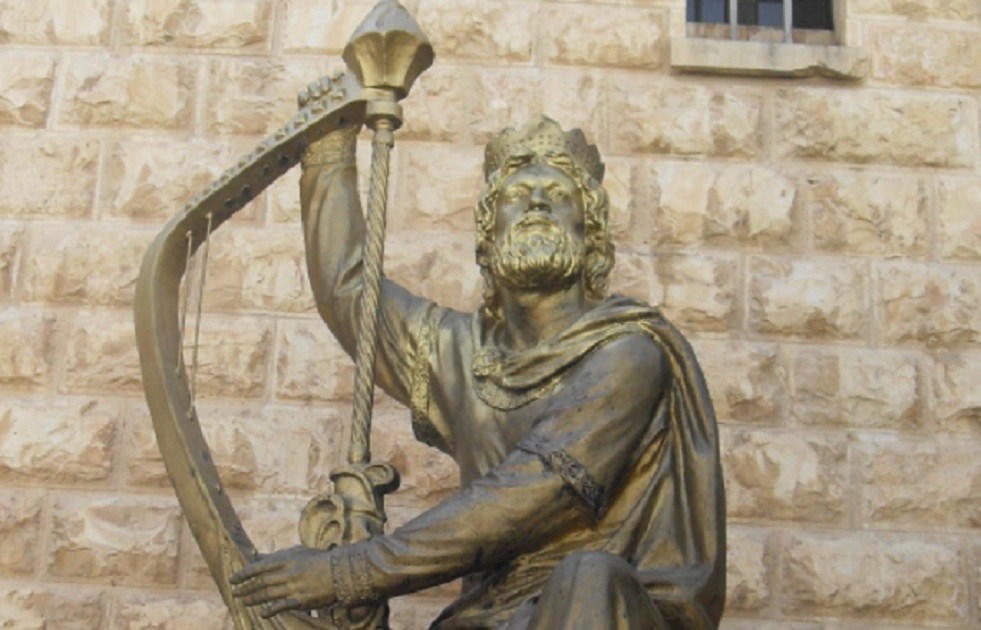 Surge Summary: David’s experience reminds us that no matter how desperate is the situation, we have recourse to an Almighty God through prayer. That reality changes everything.

Even devout Christians living in the modern West can pick up some of the bad habits of the culture we live in. But Biblical examples can put us back on track.

America, in particular, has a long history of self-reliance and entrepreneurialism. If you want something badly enough, you’ll find a way to make it happen. And why wouldn’t we embrace this approach, since financial empires have literally been built out of garages using this model.

But that can easily slide into a kind of functional atheism where you go ahead and do your own thing and hope God will bless it, instead of seeking divine council or calling on his help as you make your way through life. And when we find ourselves in over our heads, we panic.

A similar mistake we make is by realizing it was our own dumb ass that got us neck-deep in trouble and we don’t turn to God because we think we deserve it, or it’s up to us to dig ourselves out.

One of King David’s biggest crises looked exactly like that.

We all know about the story with Bathsheba where he brought the wife of one of his Mighty Men to the palace while the troops were out fighting, took his liberties with her, knocked her up, and, long story short, had his soldier killed in his efforts to hide the adultery.

God sent a prophet to rebuke David and tell him exactly what kind of trouble he had brought down on his head and his family by committing this grievous sin.

Why have you despised the word of the Lord, to do what is evil in his sight? You have struck down Uriah the Hittite with the sword and have taken his wife to be your wife and have killed him with the sword of the Ammonites. Now therefore the sword shall never depart from your house, because you have despised me and have taken the wife of Uriah the Hittite to be your wife.’ Thus says the Lord, ‘Behold, I will raise up evil against you out of your own house. And I will take your wives before your eyes and give them to your neighbor, and he shall lie with your wives in the sight of this sun. For you did it secretly, but I will do this thing before all Israel and before the sun.’” David said to Nathan, “I have sinned against the Lord.” And Nathan said to David, “The Lord also has put away your sin; you shall not die. Nevertheless, because by this deed you have utterly scorned the Lord, the child who is born to you shall die.” Then Nathan went to his house. 2 Sam 12:9-15

The baby died in infancy, and it became clear that God wasn’t pulling any punches on this judgment.

Trouble and violence did follow his family. Absalom’s virgin sister Tamar was forced into sex by their half-brother, another of David’s sons, Amnon.

David heard about it and was angry, but took no action against Amnon. Absalom waited 2 years for the opportunity and murdered Amnon, then spent the next few years building his influence and a base of power for the successful coup he organized in 2 Sam 15 that drove King David out of the city. Absalom took control of the palace, and David’s trusted advisor Ahithophel joined the rebellion, giving the rebel prince advice on how to secure his power. Here’s the advice he gave. Sound familiar?

Then Absalom said to Ahithophel, “Give your counsel. What shall we do?” Ahithophel said to Absalom, “Go in to your father’s concubines, whom he has left to keep the house, and all Israel will hear that you have made yourself a stench to your father, and the hands of all who are with you will be strengthened.” So they pitched a tent for Absalom on the roof. And Absalom went in to his father’s concubines in the sight of all Israel. Now in those days the counsel that Ahithophel gave was as if one consulted the word of God; so was all the counsel of Ahithophel esteemed, both by David and by Absalom.

Absalom went ahead and did exactly that.

Then came a critical moment on which the rebellion itself would succeed or fail. David fled the city and Ahithophel could either give chase right away with the relatively few soldiers he had on hand, or else send for troops from around the country and hit him with an overwhelming force.

But as he was fleeing from Absolem’s rebellion, David prayed a seemingly simple and innocuous prayer.

But David went up the ascent of the Mount of Olives, weeping as he went, barefoot and with his head covered. And all the people who were with him covered their heads, and they went up, weeping as they went. And it was told David, “Ahithophel is among the conspirators with Absalom.” And David said, “O Lord, please turn the counsel of Ahithophel into foolishness.” — 2 Sam 15:30,31

David was neck-deep in trouble and it was trouble of his own making. The crap he was sinking into looked exactly the way God’s prophet had told him the judgment for his sin would look, and in the midst of it, David STILL turned to God in prayer. There’s a lesson in there for anyone willing to hear it.

Turn the council of Ahitophel into foolishness. And God did exactly that. Another advisor, faithful to David, stayed behind as a mole and gave advice that seemed more convincing than Ahitophel’s sound wisdom. Long story short, David’s men eventually quelled the rebellion, and his kingdom was restored to him.

The moral of my story: even when you don’t HOLD power, God still HAS power. Being in the minority doesn’t mean you have no cards left to play.

Whether it’s all of England praying for a miracle at Dunkirk, a couple of parents taking on a corrupt school board with an agenda that harms kids, or a cabal of big tech, media, and billionaire ‘philanthropists’ hellbent on remaking the world in their image, we may not be able to trade punches with them in traditional ways, but that doesn’t mean we have no recourse.

In fact, the reason ClashDaily’s own Big Dawg wrote Psalms of War was to remind Christians today that David wasn’t just a man of war, he was also a man of prayer.

He got big things done and left us his blueprint of exactly how he did it.

Psalms of War: Prayers That Literally Kick Ass is a collection, from the book of Psalms, regarding how David rolled in prayer. I bet you haven’t heard these read, prayed, or sung in church against our formidable enemies — and therein lies the Church’s problem. We’re not using the spiritual weapons God gave us to waylay the powers of darkness. It might be time to dust them off and offer ‘em up if you’re truly concerned about the state of Christ’s Church and of our nation.

Also included in this book, Psalms of War, are reproductions of the author’s original art from his Biblical Badass Series of oil paintings.

This is a great gift for the prayer warriors. Real. Raw. Relevant.

Wes Walker is the author of “Blueprint For a Government that Doesn’t Suck”. He has been lighting up Clashdaily.com since its inception in July of 2012. Follow on twitter: @Republicanuck

The post King David Didn’t Lose Hope, Did This One Crucial Thing … and Got His Kingdom Back appeared first on DailySurge.