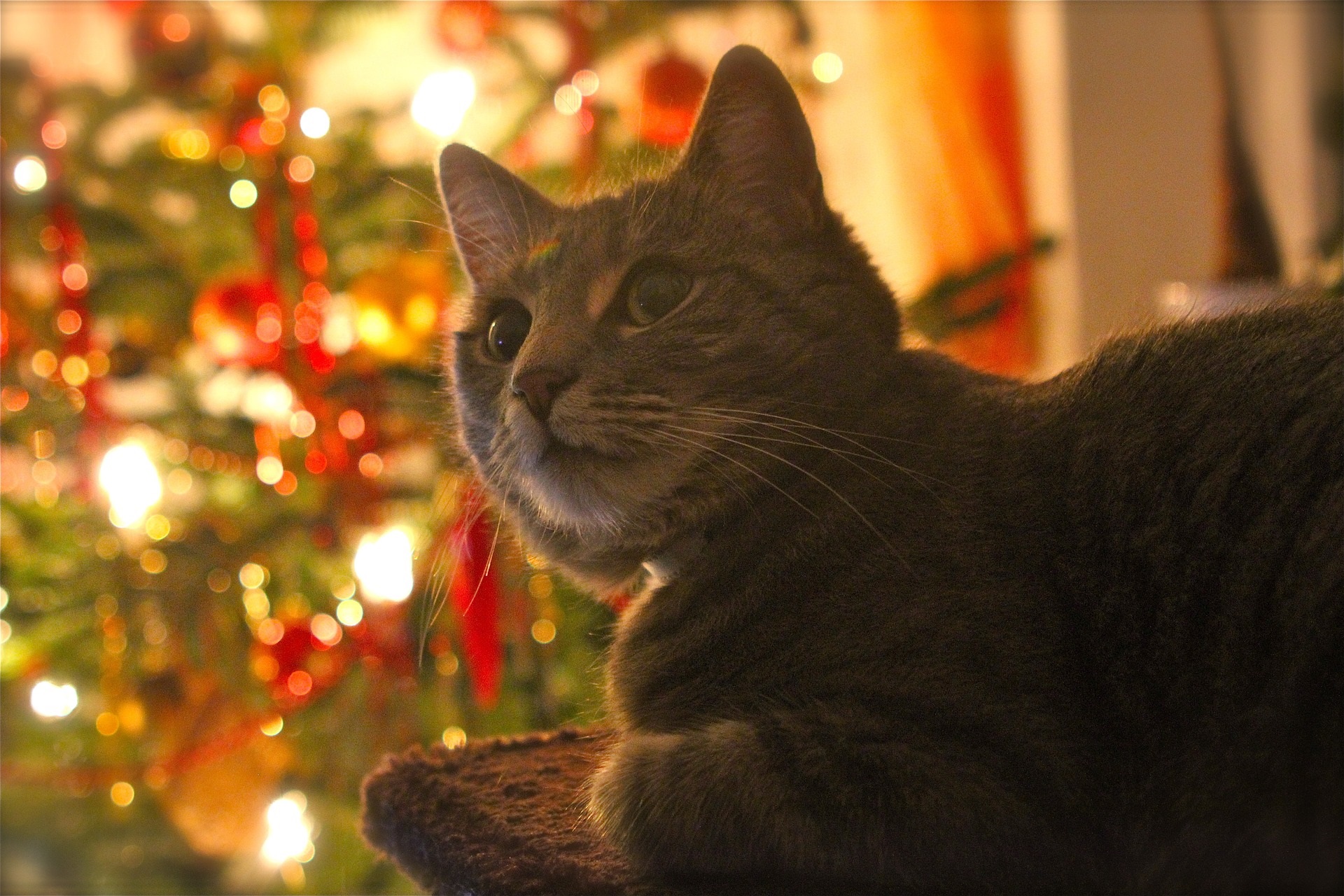 Surge Summary: The manner of Jesus’ arrival on earth — that He was born into a family who raised Him — confirms the importance of family in God’s plan. It also reminds us one needs to be with his family at Christmastime if at all possible.

Growing up at my house, Christmas was exceedingly special. On Christmas Eve, everyone in the family came together to exchange gifts. Present were Mama and Daddy, my younger sister, Melissa, Shug (my paternal grandmother) and Grandaddy, Big Mama (my maternal grandmother) and Papa Gale (my step-grandfather), Aunt Ruby and Uncle Guy, Uncle Bill and Aunt Pat, and all my cousins, Billy, Keith, and Tammy. Sometimes guests would visit with us to share in the celebration. Gifts were always piled high around the Christmas tree.

However, there was one individual whose arrival was like clockwork – Patches, the family cat. What makes this special is that Patches was never neutered and became the neighborhood tomcat. He constantly roamed, and we hardly ever saw him for the entire year. He was too busy propagating the future of his species. But, remarkably and without fail, Patches, his body often badly scarred from bouts with other toms, would come home every Christmas Eve. It’s as if he knew the family would be gathered there then, and he would join us by showing up on the back porch. Once he had greeted us and spent a little time to be petted, he would then be on his way until next Christmas.

For some, this story may sound difficult to believe. Yet it’s true!

Patches’ coming home at Christmas impressed me with a lifelong conviction; unless impossible, everyone needs to go home for the holiday – even an ole tomcat knows that!

Most parents and grandparents can hardly wait to have the family together for Christmas dinner and other festive activities. In the 1960s, three-time Academy Award-winning actor, Walter Brennan, narrated on a Christmas album, in his countryfied manner, a poem titled, “Three Letters.” The recitation highlights the eager anticipation of parents to have their children home again for Christmas, and their profound disappointment when, for whatever reason, it doesn’t happen.

She’s been out in that kitchen all mornin’ now
‘Cause tomorrow is Christmas Eve
Now I ain’t had the heart to show her somehow
These letters I hate for her to read.

Yesterday mornin’ I went after the mail
I always bring it back for her to open
But for some reason though, I read Johnny’s letter
And he ain’t comin’ home like we was hopin’.

With him bein’ the youngest and his first year away
I knowed it was gonna hurt her some
So I didn’t tell her right then, thought I’d wait till today
Till after the mail had run.

Then this mornin’ there was letters from both the girls
Now they wouldn’t be writtin’ if they was comin’ home
So I opened them up, and sure enough
They got around to it ‘fore long.

Dear Mom and Dad, please understand
What it hurts so much to say
I won’t be there the way I planned
No, I won’t be home Christmas day.

Now they all three got their reasons
And each one believes the other two will be comin’ home
And I know they’d find a way to be here Christmas Eve
If they knowed we was gonna be alone.

So she’s out in that kitchen and gettin’ things ready
For a family that won’t be here
And in a little while now she’ll read these letters
And each one will bring a tear.

Dear Mom and Dad, please understand
What it hurts so much to say
I won’t be there the way I planned
No, they won’t be home, Christmas day…

You can listen to Brennan’s performance here.

The late evangelist and pastor, John R. Rice, notes an interesting connection between Jesus’ birth and homelife. He writes:

“It is significant that when the Lord Jesus, our Savior, came into this world, he was born into a home. It is true that Jesus was not conceived of natural generation. He did not have a human father. Joseph did not beget Jesus. The virgin birth of Christ is clearly stated a number of times in the Bible…So it turned out that Jesus had not only a mother [Mary], but he had a home.  Joseph was to him like a father…How Jesus honored the home and made it a holy institution by choosing to be born into a home and to live in a home. The relationship of Joseph and Mary is all the more honored and glorified because while they had each other and loved one another tenderly, to them was committed the care of the Lord Jesus Christ, God’s own Son, come to live on earth among men as a man. They cared for him as a baby, and he nursed at a mother’s breast. They fed him, protected him, washed him, taught him. They took him to the synagogue at Nazareth. They took him to Jerusalem to worship at Passover time. And Jesus loved them and was subject to them. Jesus had a home.”

Christmastime and the home go together. It’s a time for strengthening family ties. Are you going home this Christmas?

Maybe going home for you is a source of anxiety because of broken or strained familial relationships. Just remember Christmas is also about making peace and being reconciled. Christ is the Prince of Peace.

Take a lesson from an ole tomcat named Patches, if possible, go home and be with your family for Christmas.

The post Jesus — and Patches the Cat — Confirm: The Place to Be at Christmas Is with Family appeared first on DailySurge.