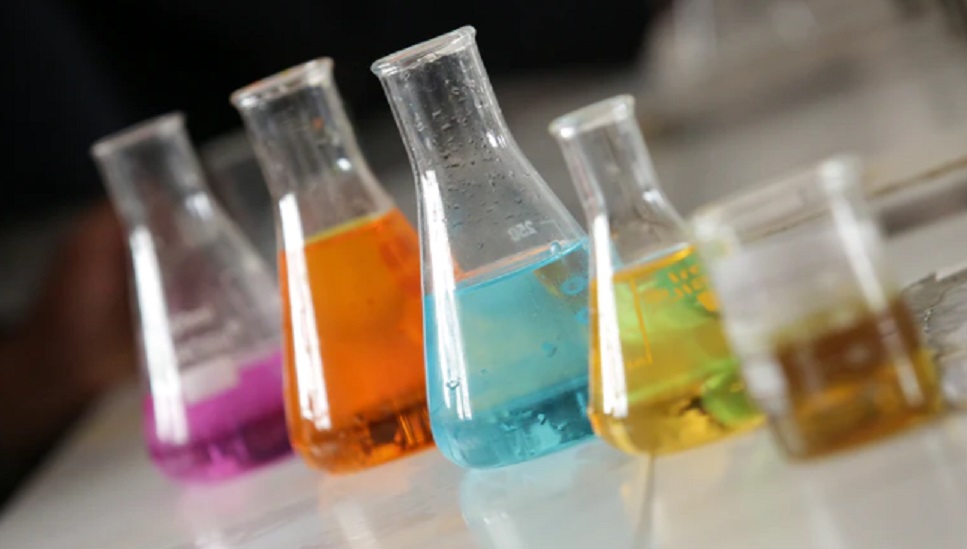 Surge Summary: How can a civilized society support the chemical castration of minor children? Yet, it is occurring at this very moment in the world around us. These kids need healing from the inside out, not chemical crippling and physical mutilation.

In the midst of the intense national debate about transgender rights, transgender athletes, and transgender children, it is all too easy to lose sight of perhaps the most important issue of all. Specifically, if you support the medical transitioning of children, you are potentially supporting their chemical castration. What an absolute outrage. How dare any person of conscience advocate for this?

Are you familiar with the name Alan Turing? He was a brilliant, British mathematician and computer pioneer best known for his life-saving work during World War II. At that time, “Turing played a crucial role in cracking intercepted coded messages that enabled the Allies to defeat the Axis powers in many crucial engagements, including the Battle of the Atlantic.”

Yet Turing was also homosexual and, after the war, was found guilty of three counts of “gross indecency contrary to Section II of the Criminal Law Amendment Act of 1885” for having consensual sexual relations with another man.

In exchange for Turing pleading guilty, he agreed to be chemically castrated, and, as detailed on Wikipedia, “He accepted the option of injections of what was then called stilboestrol (now known as diethylstilbestrol or DES), a synthetic oestrogen; this feminization of his body was continued for the course of one year. The treatment rendered Turing impotent and caused breast tissue to form, fulfilling in the literal sense Turing’s prediction that ‘no doubt I shall emerge from it all a different man, but quite who I’ve not found out.’”

Barely two years later, in 1951, when he was just 41, Turing was found dead by cyanide poisoning, an apparent suicide.

Today, his story has become better known through the film The Imitation Game, where Benedict Cumberbatch played Turing. And, as noted by Clive Irving in his article in The Daily Beast titled, “The Castration of Alan Turing, Britain’s Code-Breaking WWII Hero, “When I saw the movie in London there was a palpable frisson of disgust from the audience on learning how Turing had been treated by the country he had served with enormous distinction in World War II.”

And it is for good reason that the audience reacted with disgust upon learning that this British war hero suffered chemical castration at the hands of his own nation.

Yet the very same people who are repulsed by the way Turing was treated actually support something even more horrible, namely, the chemical castration of children.

But that is exactly what happens to many of them as a result of taking puberty-blockers and related drugs. How on earth are people fighting for this “right”?

Helen Joyce, a senior writer for The Economist, described the plight of the “detransitioners: people who took hormonal and sometimes surgical steps towards transition, only to realise that they had made a catastrophic mistake.

“They speak of trauma from experimental drugs and surgeries and having been manipulated and deceived by adults.”

She continued, “I have seen them abused and defamed on social media.

“Their most obvious wounds are physical: mastectomies; castration; bodies shaped by cross-sex hormones.

“But the mental wounds go deeper. They bought into an ideology that is incoherent and constantly shifting and where the slightest deviation is ferociously punished.”

The staunchly conservative Breitbart website noted that, “The growing damage has been carefully covered by Breitbart News for at least five years. On November 27, for example, Breitbart News reported Swedish pro-transgender doctors caused serious injuries to many kids: ‘It’s chemical castration. It can affect mental health in a way that you didn’t think of and didn’t want.’”

To say it again: we are talking about the chemical castration of children, and in each and every case, there is no possible way that a pre-pubescent (or even teenaged) child could have the mental and emotional capacity to make such a life-altering decision.

A related article reported that, “In one case, a girl who wished to become a boy at the age of 10 was put on a regimen of puberty-blocking drugs at the age of 11 by the hospital. Five years after the treatment, the effects of the hormone therapy are said to have resulted in osteoporosis and damaged the vertebrae in teen’s back, Swedish broadcaster SVT reported.

“The teen’s mother, Natalie told the broadcaster: ‘He felt so bad that he tried suicide attempts on several occasions. We didn’t understand, we thought our child would feel better from the treatment.’

“‘When we asked him regularly how his back felt, he said: “I’m in pain all the time”,’ she added.”

How is this not child abuse?

In her watershed (and hotly opposed) book Irreversible Damage: The Transgender Craze Seducing Our Daughters, Abigail Shrier explained that, “Once used in chemical castration of sex offenders,4 Lupron is the go-to puberty blocker, FDA-approved to halt precocious puberty. If your four-year-old daughter is spontaneously developing breasts, Lupron shuts off part of her pituitary to slow puberty down, until her brain and peers catch up.”

But, she added, “What the FDA has not approved is using Lupron to halt normal puberty in anyone—transgender-identified or otherwise.”

How dare we use this drug to “pause” the development of gender-confused children. It really is criminal, and it must be legally and ethically stopped.

As explained on a pediatrics website, “Temporary use of Lupron has also been associated with and may be the cause of many serious permanent side effects including osteoporosis, mood disorders, seizures, cognitive impairment and, when combined with cross-sex hormones, sterility.

“In addition to the harm from Lupron, cross-sex hormones put youth at an increased risk of heart attacks, stroke, diabetes, blood clots and cancers across their lifespan. Add to this the fact that physically healthy transgender-believing girls are being given double mastectomies at 13 and hysterectomies at 16, while their male counterparts are referred for surgical castration and penectomies at 16 and 17, respectively, and it becomes clear that affirming transition in children is about mutilating and sterilizing emotionally troubled youth.”

What on earth are we doing? How can we possibly be complicit in something like this?

If your first reaction is to dismiss these reports out of hand, since some of them come from conservative websites, my response to you is twofold. First, go to the primary sources and see for yourself. The reporting is truthful and accurate. Second, what is more important to you? Your political ideology or the wellbeing of these precious children?

In the days ahead, I’m scheduled to interview a female-to-male trans-identified individual who differs with me when it comes to God, the Bible, Christian moral standards, homosexual practice, and a host of other issues.

But we have agreed to shout from the rooftops as loudly as we can for the sake of these at-risk kids.

Some will say to me, “When you will stop writing about this stuff? You sound like a broken record. Enough already!”

My answer is simple: I’ll stop writing about this when our society stops promoting such social madness rather than finding healthy ways to help these hurting kids from the inside out.

Let us unite together against the chemical castration of children!

The post Beyond Disturbing: How Does a Decent People Support Chemical Castration of Children? appeared first on DailySurge.