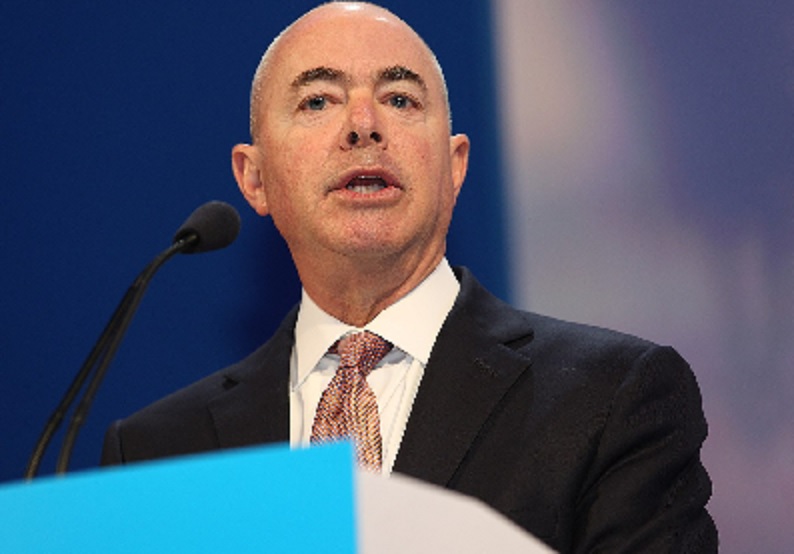 Surge Summary: Joe Biden’s Secretary of Homeland Security continues to make excuses for the disaster on America’s southern border – and he oversees the war against what the administration terms “disinformation”. Whatever could go wrong?

Charged with securing the U.S., he is the top official appointed to combat the threat of ‘disinformation.’

Ali says the Biden administration has effectively managed the open border crisis. At the same time during House committee hearings this week, he blamed Trump for record invasions of illegals. Ali says illegals suffered dire trauma thanks to Trump. He did not reference trauma experienced by citizens from: violent crime, drug trafficking, outright violence and death, an unprecedented invasion of people displacing citizen workers, human trafficking and cartel control of the border. Ali did not mention near unanimous reports from ICE agents and Border Patrol officials who describe horrible conditions thanks to Biden policies.

Biden invited illegals during the campaign. He encouraged illegal migrations of hundreds of thousands of people, exposing them to very dangerous conditions along the way. Trump secured the border and restored order to the point illegal entries reached record lows, lives were saved, and real asylum seekers experienced better treatment. Observers cannot help but conclude Trump succeeded, as verified by all law enforcement on the border, the same professionals who say Biden is failing, spectacularly.

If his goal is to rapidly increase the number of Democrat voters, the illegal invasions we see are just another way for Biden & Co. to rig elections. Also, if there is a need for poorly paid workers, what better way for Democrats to resurrect a kind of slavery by importing human beings with few skills, little experience and tremendous needs for social services.  If the goal is assisting the demise of the U.S. by erasing borders, destroying sovereignty and transforming the U.S. into Venezuela, then the use of mass migration is an excellent way of achieving those goals.  Soon, Biden and Mayorkas will formally cancel regulations designed to identify disease carriers, and send them home. Some officials predict that act alone, even now as announced, will drastically increase illegal migration, and spread diseases throughout America.

A repeat of woolen blankets laced with smallpox?

Ali and Co. have successfully carried out Biden’s immigration policies which are routinely executed to increase illegal immigration to the detriment of migrant and citizen alike. If We the People had useful representatives in Congress, Ali and Robinette would be facing impeachment.

BTW, if you oppose the systemic lawlessness of this administration, prepare for a visit from the newly created disinformation board created by DHS. We can all rest well at night, secure in the knowledge that Ali will sift truth from error, especially for people of color pondering how to vote, presumably to include migrants without ID or citizenship papers.

The ministry of truth: https://www.washingtontimes.com/news/2022/apr/28/dhs-created-disinformation-governance-team-police-/

For the full story on Ali:  https://www.discoverthenetworks.org/individuals/alejandro-mayorkas