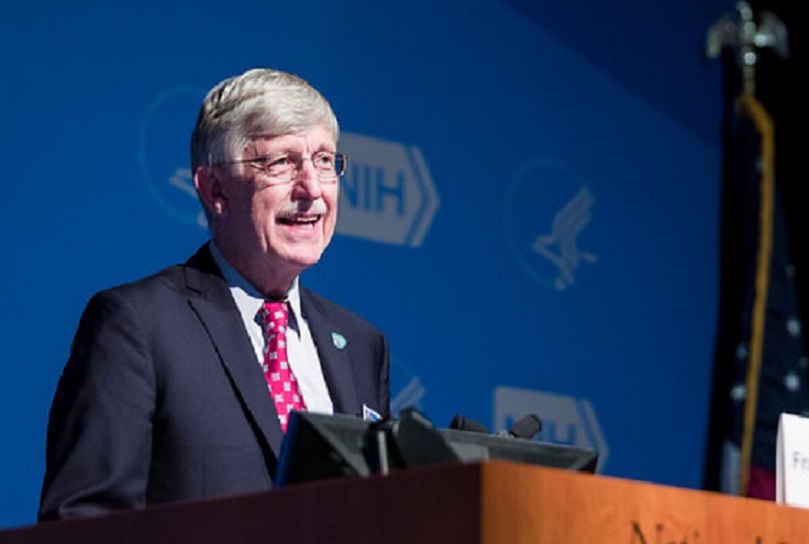 Surge Summary: The conduct of Science Advisor to the President Francis Collins confirms nobody is above criticism. Though an outspoken Christian, it seems he sometimes puts the debatable claims of science above his Christian convictions.

There is always a dilemma for Christians in best handling and reacting to the positions and counsel of Christian leaders. Often these are people we have grown to trust and respect as followers of Christ. Their convictions at times are consistent with Christian principles and biblical wisdom. They champion appropriate positions and defend causes from a historically Christian perspective. They gain traction and respect even among cultural, political, and religious opponents because of the internally consistent strength of their arguments and their winsome and gracious demeanor.

And yet, it is impossible for any fallen and sinful person to be right all the time. Similarly, it is quite possible—and regularly demonstrated—that the unregenerate are not always wrong.

As a case in point, contrast Dr. Francis Collins and President Donald Trump.

Trump, not convincingly a born-again Christian, became president in large measure because he promised to represent conservative Christians and their concerns. His appointing of originalist judges to federal courts and the U.S. Supreme Court, as well as his attendance at events like the annual March for Life while he was in office (this was unprecedented for a president), were encouragements to many Christians. Yet his demeanor was consistently characterized as non-Christian. Such may well have cost him re-election. Christians and conservative political analysts will debate for decades whether he was a net positive or negative influence on America. Clearly, both cases can be made. Different Christian voices have weighed in on the matter. Many Christians, even conservatives, felt that Trump used them for his personal gain and prestige.

In certain notable ways, a case could be made that the Francis Collins’ situation at times echoes the debate over Donald Trump among Christians.

Dr. Francis Collins, the famous geneticist, was and is vocally Christian. He has clearly identified as such, and he has taken heat for it. For example, in the summer of 2009, after his nomination as director of NIH by President Barack Obama, outspoken atheist Sam Harris attacked Collins in the New York Times as unfit for the job because of his religious convictions.

Collins became known to many Americans during his direction of the Human Genome Project through the 1990s. In February 1998, Scientific American profiled Dr. Collins with the headline “Where Science and Religion meet: The U.S. head of the Human Genome Project, Francis S. Collins, strives to keep his Christianity from interfering with his science and politics.” That article quoted Dr. Collins saying he is “intensely uncomfortable with abortion.” He said that he does not advocate changing the law and is “very careful” to ensure his personal feelings on abortion do not affect his political stance. The article went on to say: “researchers and academics familiar with Collins’ work agree that he has separated his private religious views from his professional life. He shows no influence of religious beliefs on his work other than a generalized sensitivity to ethics issues in genetics.”

In essence, what these people were saying is that Francis Collins is such a good scientist because you can hardly tell he is a Christian from his work.

As a much younger biology professor at the time, I was aghast at this. A Christian has separated his religious views from his personal life. Why is that a good thing?

I emailed Dr. Collins at the time, asking him if Scientific American had it right. Maybe the article misunderstood Collins? My email was never answered. Not that I expected that it would be, given my obscurity and his standing and responsibilities. Still, the article troubled me, as I was always left with the lingering question.

Dr. Collins went on to launch the BioLogos Foundation, a Christian/science interface organization that advocates for the reconciliation of modern science and Christianity. The idea is that nature and scripture are both from God and ultimately are not in conflict. This reflects Dr. Collins’ Christian convictions and his love of science, the study of God’s physical world. Give Dr. Collins credit for leveraging his popularity, leadership qualities, and obvious pastoral instincts for the noble cause.

Ultimately, I met Dr. Collins several years ago at a conference and heard him speak. There is no reason he would remember our quick contact in an elevator any more than he would remember my email. However, one cannot help but be impressed by his genuine humility and his concern for the spiritual health of the people around him. He has made it clear that he believes that Jesus Christ is incarnate and divine and that humans are made in the image of God (although he rejects the historic Adam), and that salvation is real.

Yet, inconsistencies remain. Dr. Collins seems to allow his science to inordinately arbitrate over biblical truth, or at least when the two are portrayed as in conflict. As his professional life has unfolded, it has become clear that the Scientific American article had gotten a lot right. It is fair to say that he has remained uncertain about when human life begins. He concedes that the fertilized egg is alive at conception, but believes that maybe it is not quite human. Consequently, in his 2010 book, The Language of Life, he advocated for experimentation using excess human embryos from in vitro fertilization (IVF) that are stuck in cryo-storage with uncertain futures, “so that some good could come from them.” He has never publicly disavowed human embryonic research because he sees its potential fruitfulness. In fact, as late as last summer, experiments involving human embryonic cells and mice was supported by NIH funding at the University of Pittsburgh.

There are ongoing ramifications of Dr. Collins’ acceptance of abortion as the law of the land. The Scientific American article in 1998 mentioned that Dr. Collins was concerned that embryonic genetic testing might lead to abortions of fetuses that have conditions that are less than disastrous. The article did not suggest what he would consider “less than disastrous.” For instance, would my great-nephew’s Downs syndrome condition be considered less than a disaster? Princeton bioethicist and legal scholar, Dr. Robert George, made a clearer case in his 1998 address to the American Political Science Association Convention, stating, “once I was a child, once I was an infant, once I was an embryo, I cannot say I was once an egg or a sperm.” However, it is clear that the viable sperm and egg are quite alive. Also, it is good to remember what we say in the Apostle’s Creed. “He was conceived … born … suffered … died … and … rose again.”

What human is not on that trajectory of life and death? The Bible teaches that we all are.

This leaves many conservative Christians convinced that Dr. Collins would rather come down on the side of a quote from his old boss, President Barack Obama. In March 2009, Obama signed an executive order that lifted President George W. Bush’s 2001 ban on federal funding of human embryonic research. “Today … we will lift the ban on federal funding for promising embryonic stem cell research,” stated Obama. “We will vigorously support scientists who pursue this research. And we will aim for America to lead the world in the discoveries it one day may yield.” Obama continued, “Promoting science isn’t just about providing resources—it is also about protecting free and open inquiry. It is about letting scientists like those here today do their jobs, free from manipulation or coercion, and … that we make scientific decisions based on facts, not ideology.”

Obama insisted that “I’m going to let scientists do science. I’m going to remove politics, religion, and ideology from that.”

Of course, the reality is that such a thing cannot be done. The president’s own politics and ideology were clearly stated and inserted.

One would hope that Dr. Collins would be more comfortable with the principles articulated in President George W. Bush’s 2006 State of the Union Address. “A hopeful society has institutions of science and medicine that do not cut ethical corners, and that recognize the matchless value of every life,” stated Bush. “Tonight, I ask you to pass legislation to prohibit the most egregious abuses of medical research—human cloning in all its forms … creating or implanting embryos for experiments … creating human-animal hybrids … and buying, selling, or patenting human embryos. Human life is a gift from our Creator—and that gift should never be discarded, devalued, or put up for sale.”

These are all ethical issues that have confronted Dr. Francis Collins as a man of science and of faith. The issues more recently included COVID mask and vaccine mandates. To many in the evangelical community, the prolife appeals he made for the mandates have rung increasingly hollow, and his seeming inconsistencies have been bothersome.

Os Guinness, in his book, The Magna Carta of Humanity, brings out a principle that every intentional Christian should keep in mind: “The notion of arguing on behalf of the true, the right, and the good lies behind the Biblical principle of corrigibility.” Guinness quotes Jewish Hebrew scholar Jonathan Sacks, “We are all open to challenge. No one is above criticism, no one is too junior to administer it, if done with due grace and humility.”

This requires knowing scripture and applying its logical conclusions, consistently. Otherwise, our ability to be salt and light is diminished, and we can be played. Francis Collins needs to add salt and light. Many of us have admired him, and we expect more from him in his Christian witness to science.

—Dr. Jan Dudt is a professor of biology at Grove City College and fellow for medical ethics with the Institute for Faith & Freedom. He teaches as part of college’s required core course Studies in Science, Faith and Technology wherein students, among other things, study all the major origins theories and are asked to measure them in the light of biblical authority.

The post Christian Leaders and Controversies: The Case of Francis Collins appeared first on DailySurge.