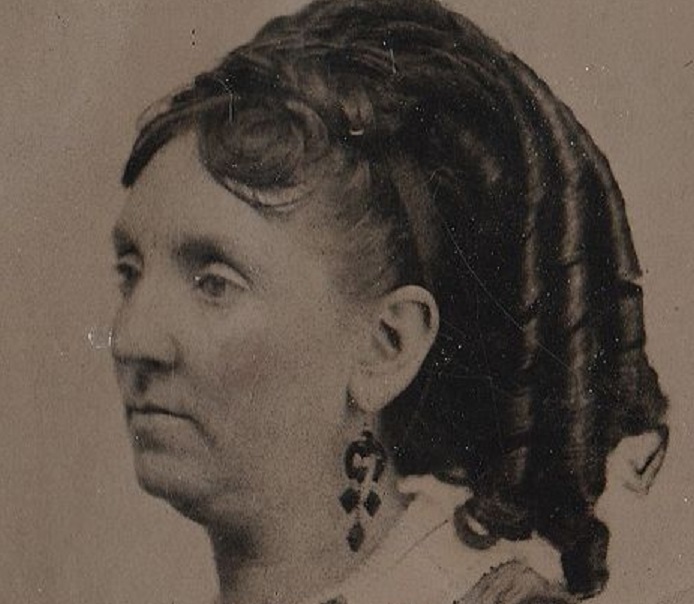 Surge Summary: No doubt lots of factors contributed to the criminal lives of Jess and Frank James. It’s likely the unhealthy influence of their mother was one of those baleful influences.

There is no doubt to anyone with a cursory knowledge of history that life on the Kansas-Missouri border in pre-Civil War days was unlike any other time and place. Neither the North nor the South can boast of any high-level commitment to acceptable peacetime or wartime behavior. It was a tiring, troubling, and terrifying time, especially at this border area.

And it got worse, much worse.

Abundant evidence proves the James and Younger boys were horribly mistreated by many government officials, but mistreatment does not justify thievery and murder.

As the war was winding down, radical Unionists rammed through the Missouri legislature a new constitution that prohibited former Confederates and sympathizers from voting, serving on juries, holding public office, preaching the gospel, etc. That was throwing gasoline on a house fire. Such action was why Time-Life Books declared, “Jesse James (partly) turned to crime as a means of exacting revenge on all things Yankee.”

I found plenty of candidates in assessing blame for the banditry, butchering, and bushwhacking by the James boys. For sure, corrupt government officials, crooked local politicians, and evil relatives were vicious and illegal. Still, Frank and Jesse James became killers because they were raised that way in their “Christian” home!

The James family cannot be faulted for their genes or place in society since Jesse’s ancestors were blue bloods, having arrived early in the Jamestown Colony. Later they fought in the War for Independence, and some were in high political positions. Jesse’s father was a highly respected educator and pastor and provided the family with a good living from the farm and preaching engagements.

In The Rise and Fall of Jesse James, Robertus Love wrote that both the James boys were “schooled deeply in the old-fashioned religion,” and the family attended church regularly. Not remarkable since Dad was the pastor. Moreover, it cannot be argued that Pastor James was a “modernist” or doubter of the validity of Scripture. Furthermore, every indication is he was a good example for his family.

Pastor James loved people and wanted their betterment, as indicated in his being a founder of the William Jewell College in Liberty, Missouri, and planter of various area churches. Some would add that he left the comforts of home to reach people in a westward wagon train and the California goldfields; a decision that cost him his life. I question his motives (which is always dangerous) for going to California.

Pastor James probably went to the gold fields to get away from an overpowering, oppressive, and obnoxious wife— Zerelda, known as Zee! Yes, even Baptists can have such problems, and leaving for the gold fields is never a wise move. Zee, who stood six feet tall, was known as a hard-working, strong-willed farm woman.

I have no problem with that, but the records indicate she was an arrogant, assertive, asinine wench. I do have problems with that as her husband did.

Children need parents to love them, lift them, limit them, lead them, and laugh with them. Robert left that for his wife to do. She failed.

The couple dated during Roberts’ college days, but by the time school ended in the spring of 1841, they were not speaking. It seems Zee was so outspoken that it shocked everyone.  In those days, there was a strong belief that a woman should be silent and not express her views, which was stupid; however, evidently, Zee was outspoken and obnoxious, although orthodox. Robert finally decided he could live with her assertive behavior, and maybe he could change her.

He learned it is not wise to marry with the expectation of changing your spouse.

I believe the historians have missed family and church records that strongly suggest that Frank and Jesse James were made rebels at the family farm by an intimidated (and absent) father and an indulgent (and angry) mother. Such mitigating circumstances are no excuse for rebellion and banditry.

Frank and Jesse watched their father flee the safety, security, if not sanctity of his home when they were 7 and 3 years old, although the record does not reveal major home problems. However, the pastor who preached Jesse’s funeral at First Baptist at Liberty, Rev. J. M. P. Martin, provided convincing evidence of major family problems.

After Robert James left home for the gold fields, Zee married a local dude who tried to discipline the children but was resisted by her. He left her when he realized the total mess of the family and was killed soon thereafter. Zee then married a local doctor, Archie Samuels.

Pastor Martin declared Zee James’ character was “so shady that her husband, himself a Baptist minister, had to leave her and that neighborhood and sought surroundings more compatible with his ministerial work in California. Mrs. James married a man named Samuels who lacked any force of character and was simply a chore boy about his wife’s place. Mrs. Samuels upheld her sons in their work and was, indeed, able to secure almost anything at her bidding under threat of having her much feared sons set upon her enemies.”

According to the pastor, Zerelda was “shady,” and her husband “had to leave her,” but that is not true. He was not forced to leave; he had promised to leave his father and his mother and “cleave unto his wife,” becoming one flesh.  Pastor James did not cleave, but he did leave an oppressive wife under convincing cover of “preaching to the lost miners.”

Pastor Martin referred to Dr. Samuels as lacking “any force of character” and was an appendage to the family. We know from other sources that Dr. Samuels did not believe in the physical discipline of children. Moreover, this is one major problem Zee had with her second husband: “lack of affection for them and his use of corporal punishment, which Zerelda did not approve of, resulted in the failure of the marriage.” He quickly analyzed the family, took off, and had a fatal interaction with a horse.

Children growing up in a home without discipline are like animals in a corral.

Zee was quick to defend her boys from any criticism at the drop of a bonnet and conducted a personal public relations campaign about how the James-Younger Gang were Robin Hood figures taking from the haves (rich Yankees) and giving to the have nots (poor Southerners).

Martin declares Zee was known to use her notoriety to force her way on others. He reveals how she boarded a train in Kearney to St. Joseph and refused to pay the fare. When the conductor insisted, Mrs. James revealed “her maternal relations with the James boys and threatened to have him shot to pieces if he refused her free passage.”

Mrs. James (now Samuels) made Jesse’s funeral arrangements without consulting those involved with the funeral. A person needing a funeral will always ask the pastor if he is willing to preach the funeral in his church and decide on the day and time of the service. Not her. She informed the pastor when the funeral would take place only “a few hours before the time she had set for the obsequies.”  The young pastor was inclined to disavow any funeral at his church since he was “not accustomed to having his pastoral work dictated by those who were not even members of his flock.”  His church members convinced him to go along with her.

When First Baptist of St. Joseph refused to have Jesse’s funeral, Pastor Martin of First Baptist in Kearney agreed to do so at the request of Jesse’s mother. The Weekly Gazette reported “more than 350 packed the church and the preacher refused to mention Jesse’s name. He read from Job 14:1 ‘Man that is born of a woman is of few days and full of trouble.’ He called on those present to repent, and they sang What a Friend I (sic) Have in Jesus.”

The casket was taken to the Samuels’ farm and placed in a bedroom where Jesse’s stepbrother John Samuels lay wounded in bed.

When visitors stopped at the farm to see his grave, Zee charged them 25 cents and sold rocks from his grave. Since there were only a few rocks on and near the grave, she replenished them from a nearby river. For an additional fee, she gave paid tours of the farm, a practice Frank continued in his final years.

One cannot be positive but after viewing the evidence, I am convinced the whole family was a victim of a wild, willful, and wicked time and location. However, others lived under the same circumstances and had a normal life. The James boys had the added problem of a self-centered, egotistical mother and a subdued, then absent father, and were unwilling to swim against the tide.

And went over the falls as many families are doing today.

(Dr. Don Boys is a former member of the Indiana House of Representatives who ran a large Christian school in Indianapolis and wrote columns for USA Today for 8 years. Boys authored 20 books, the most recent, Reflections of a Lifetime Fundamentalist: No Reserves, No Retreats, No Regrets! The eBook is available at Amazon.com for $4.99. Other titles at www.cstnews.com. Follow him on Facebook at Don Boys, Ph.D., and visit his blog. Send a request to DBoysphd@aol.com for a free subscription to his articles and click here to support  his work with a donation.)

The post Jesse, Frank James’ Mother Reminds Us: An Irresponsible Mom Can Be Terrible Influence appeared first on DailySurge.