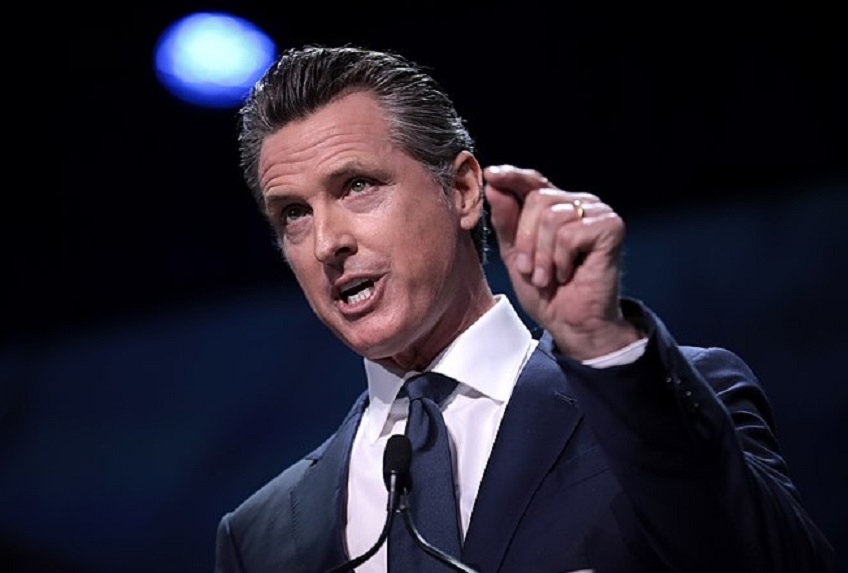 Surge Summary: California Governor Gavin Newsome finds himself in hot water with transgender radicals for observing that men can’t get pregnant. The attack on him is transanity on display.

It would be funny if it were not so pathetic. California Gov. Gavin Newsome, one of the nation’s most liberal governors and a political pioneer in gay activism, has now been mockingly labeled a transphobe. Why? It is because he dared to state that men can’t become pregnant. I kid you not.

As a Fox headline declared, “Gavin Newsom savagely mocked as ‘disgusting transphobe’ for claiming men can’t get pregnant at abortion rally. ‘If men could get pregnant, this wouldn’t even be a conversation,’ the governor told the crowd of abortion supporters.”

And with that, he crossed a sacred transgender line, just as feminist and gay ally J.K. Rowling did some months earlier.

In Newsom’s case, he simply stated the obvious without considering how his statement would sound to radical trans activists. Men can’t get pregnant. Correct!

He Forgot That the Left Redefined the Words ‘Woman’ and ‘Man’

But alas, he failed to remember that, today, men can get pregnant — that is, women who believe themselves to be men. (For a sampling of some great, sarcastic replies to Newsom, see the Fox article just cited.)

As stated by trans activist Alexis Rangel, and without reference to Newsom’s comment, “We have to recognize that this decision [by the Supreme Court to overturn Roe] will impact trans folks. Particularly trans men and nonbinary folks who need access to reproductive healthcare and abortion specifically.”

Ah yes, “trans men” who are actually women with wombs and reproductive organs.