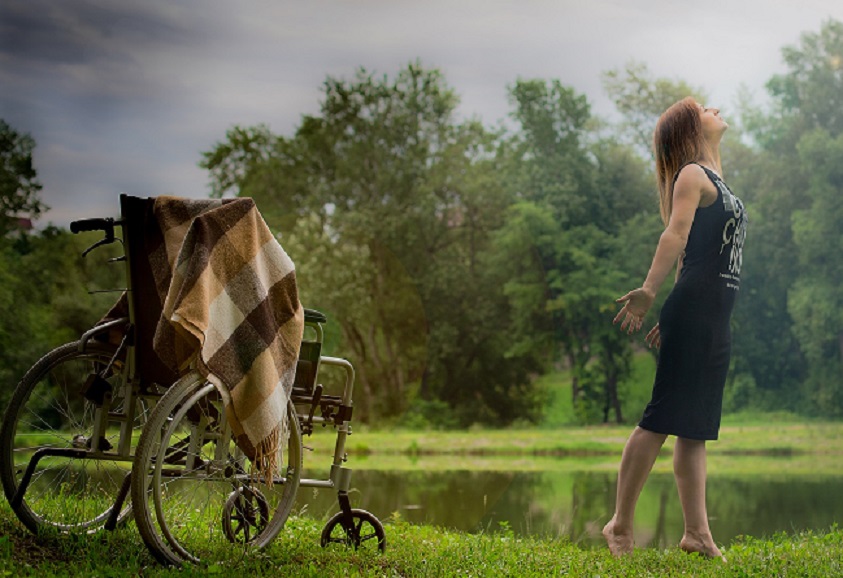 Surge Summary: If one believes in an Almighty God, then belief in actual miracles shouldn’t be far behind; it makes sense. The Bible is overflowing with examples of God intervening miraculously in people’s lives – and the experience of Christians through the ages can attest to the same.

Chuck Swindoll, a marvelous Christian pastor, writer, educator, and radio preacher, tells a humorous story about a little boy who rushed out of his Sunday School class to find his parents. After a quick search, he grabbed his Daddy by the leg and enthusiastically said, “Man, that story about Moses and all those people crossing the Red Sea was great!” His father looked down at him, smiled, and asked the boy to tell him about it.

“Well, the Israelites got out of Egypt, you see. But Pharoah and his army chased them clear across the desert. The Egyptian Army was getting closer and closer. So, Moses got on his walkie-talkie and told the Israeli Air Force to bomb the Egyptians. While that was happening, the Israeli Navy built a pontoon bridge so that the people could cross over. And, they made it!”

The boy’s father was shocked and asked, “Son, are you sure that’s how your Sunday School teacher taught the story?”

“Well, no, not really,” the boy replied, “but if I told you how my Sunday School teacher told it to me, you’d never believe it.”

Do you believe in miracles?

Skepticism and unquestioning reliance upon science today have caused fewer people to believe in them. Fraudulent televangelists claiming to work miracles and swindling people out of their money have undermined belief in them too. Some doubt the reality of miracles because they’ve never seen or experienced one. Many Progressive Christians dismiss the relevance of miracles to the Gospel story and Bible teaching.

Wayne Grudem, a Research Professor of Theology and Biblical Studies at Phoenix Seminary, rightly says that miracles are “a less common kind of God’s activity in which he arouses people’s awe and wonder and bears witness to himself.”

In other words, a genuine miracle is of divine origin, and its primary purpose is to point us to God, more specifically, his Son, Jesus Christ.

My mother had such an experience shortly after giving her life to Christ. She was a new believer with a faith still in its infancy. Although she was a beautiful woman, her hands were covered with numerous unsightly warts. She was painfully self-conscious about them, and no remedy would remove them.

One day, she earnestly prayed, asking God to take away the ugly verrucae. She forgot about her prayer until one morning, not long after petitioning the Lord, she awakened to notice every wart had utterly disappeared. No longer was there any evidence of them.

It was a miracle.

As a child, I remember her running through the house, calling for my father to come and see. “Look, look, look, they’re gone!!!” she shouted joyfully. “I prayed, and God took them away!!!”

As a boy, I remember inspecting her hands, rubbing my little hands across her own, and finding hers with no blemish. Today, my mother says God granted her that miracle to strengthen and solidify her newfound faith in Christ.

Some would argue that what is perceived as a miracle can always be explained by science or natural phenomena. They say miracles don’t exist because the laws of nature can’t be broken.

Negating God’s presence in the here and now, and his ability to sustain and direct nature as he pleases, dismisses the essential dynamic of the supernatural behind the natural. An experience of my father illustrates this principle.

To celebrate their thirty-ninth wedding anniversary my parents went country line dancing at an establishment in Raleigh. They were having so much fun together when suddenly my father stiffened and fell backward like a tree to the dance floor. It was a cardiac arrest.

Two EMTs were dancing next to him when he collapsed. They quickly moved to start CPR, but couldn’t because he bit his tongue in the fall and blood was oozing from his mouth. One of the EMTs shouted, “I need something for an airway!”

A woman standing nearby, who wasn’t an associate of either EMT, pulled out an oval plastic tube a few inches long from her purse. She had kept it there for no explicable reason. She gave it to the EMT, who quickly employed it as an airway and the life-saving CPR began.

In the meantime, a gentleman from the other side of the dance hall heard a commotion and curiously went over to see what was happening. He was a cardiac physician who had a set of defibrillator paddles in his car that evening.

The defibrillator paddles were retrieved and used on my father, hitting him a total of nine times. At one point, his demise seemed so certain my mother begged the doctor and EMTs to stop, lest he merely survive as a vegetable, something she knew he wouldn’t want.

Even after his brain had been deprived of blood and oxygen for a solid twenty minutes, the ninth hit of the defibrillator restarted my father’s heart again.

When he arrived by ambulance at the hospital, the team of physicians assigned to him were confounded and couldn’t explain why he hadn’t suffered any brain damage. He would live eighteen more productive years with a testimony of God’s grace always on his lips.

One physician tried to say there had to be a natural reason for my father’s good fortune. He deduced his brain was kept intact because the EMT performing CPR was a big man who weighed more than three hundred pounds. He alleged the EMT’s powerful CPR thrusts on my father’s chest must have pumped a sufficient supply of blood to his brain.

That makes a lot of sense.

Coincidences? Simple natural phenomena? Certainly not! It was a miracle!

No matter what natural effects may have been in play, the circumstances defy logic if one fails to recognize the supernatural directing and overruling of the natural in that precise moment of monumental consequence.

Thousands could attest to similar experiences.

The Bible is a book filled with historical accounts of incredible miracles. When Jesus performed miracles, his worst critics couldn’t deny their reality.

The incomparable apologist, Josh McDowell, summarizes the matter in this fashion:

“There are accounts of blind people who immediately received their sight, dead people being raised and extraordinary occurrences within nature, such as a universal flood and the parting of the Red Sea…The very first verse of the Bible decides the issue. ‘In the beginning God created the heavens and the earth’ (Gen. 1:1, RSV). If this verse can be accepted at face value, that in the beginning an infinite-personal God created the universe, then the rest should not be a problem. If he has the ability to do this, then a virgin birth, walking on water, feeding five thousand people with a few loaves and fish, and the other biblical miracles, become not only possible, but expected… Of course, if one does not believe in God, he will not accept the miraculous, but for those who have granted the possibility it is not at all ridiculous. As the apostle Paul once said to an unbelieving king, ‘Why should it be thought a thing incredible with you, that God should raise the dead?’ (Acts 26:8, KJV).”

Don’t allow unbelief or doubts about miracles to become a stumbling block to your faith. If you believe in God, it sensibly follows you should believe in his omnipotent power. “With God, all things are possible,” said Jesus. (Mt. 19:26).

Image: Adapted from: lena1790 from Pixabay

The post Believe in an Almighty God? Belief in Miracles Ought to Follow appeared first on DailySurge.