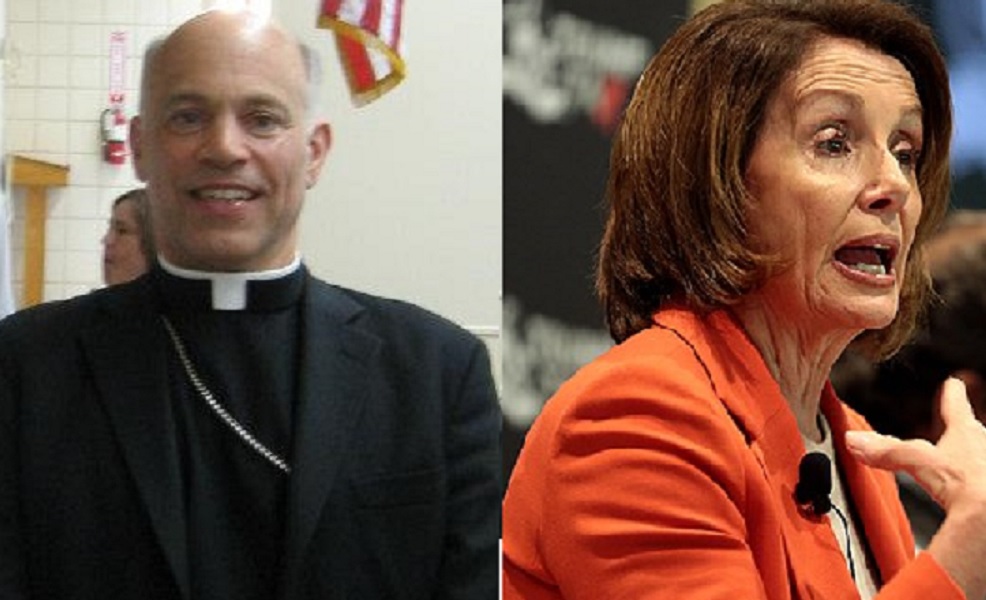 Surge Summary: By denying pro-abortion Senator Nancy Pelosi the privilege of receiving the Catholic sacrament of the Eucharist, the Archbishop of San Francisco has issued another clear and much-needed statement concerning the sanctity of human life.

Regarding San Francisco Archbishop Salvatore Cordileone, who is under fire for his position on denying communion to House Speaker Nancy Pelosi, Ruth Institute President Dr. Jennifer Roback Morse, Ph.D., stated: “We commend Archbishop Cordileone for his courage and clarity on the most important moral issue of our time.”

“The Ruth Institute is an international interfaith coalition to defend the family. As such, our staff, volunteers, and supporters come from diverse religious backgrounds. Yet I feel confident that I speak for all of us in congratulating Archbishop Cordileone for his moral vision and faithfulness to Judeo-Christian tradition.”

“The deliberate, direct taking of innocent human life is immoral and inexcusable,” Morse said. “The followers of the Ruth Institute, despite their theological differences, are united on this point. Abortion is a violation of natural and divine law.”

“Nancy Pelosi has publicly and obstinately worked for the preservation and expansion of an unlimited right to abortion. Archbishop Cordileone has used his authority as her bishop to instruct her not to present herself for Holy Communion within the Archdiocese of San Francisco. He has told the priests, deacons and Eucharistic ministers within the Archdiocese to likewise deny her communion. This is not ‘grandstanding,’ contrary to the opinion of the San Francisco Examiner. This is a responsible use of his religious authority.”

In 2021, the Ruth Institute presented a dozen white roses to Archbishop Cordileone for upholding the Church’s teaching on the sanctity of life, and for his defense of the Eucharist in his Pastoral Letter, “Before I Formed You in the Womb, I Knew You.’

“In that letter, Archbishop Cordileone explained the Church’s teaching on abortion in a dignified and thoughtful manner. His teaching is clear, accurate and uplifting, all of which are necessary at the present time. The archbishop stands firmly for the ancient teachings of the Catholic Church on the sanctity of life and the Eucharist.”

“Archbishop Cordileone is a tower of strength and a beacon of hope to Catholics and non-Catholics alike,” Morse said.

The Ruth Institute’s Summit for Survivors of the Sexual Revolution, June 24-25 in Lake Charles, LA, will feature a wide-ranging discussion of abortion, including a keynote address by Kristan Hawkins, president of Students for Life of America.