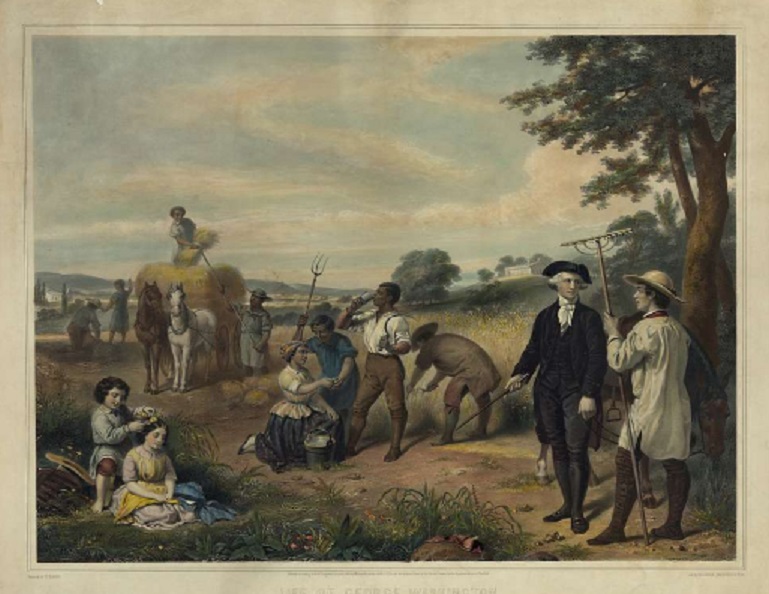 Surge Summary: The signing of the Declaration of Independence established a foundation for the eradication of slavery in the United States. Many (most?) of America’s founders professed opposition to slavery. Sadly, it took many years – a Civil War, in fact! — for that anti-slavery ideal to flourish in the nation.

Editor’s note: A version of this article first appeared at National Catholic Register.

Many progressives today are eager to redefine America not as starting in 1776, which is literally when the very title “United States of America” began, but in the year 1619, before Plymouth Rock and before John Winthrop and the Arabella arrived upon our shores. They instead want to define the nation by slavery and racism. So much so that the New York Times’ 1619 Project dates America that way, defining the country’s start by the year 1619, with the arrival of the first enslaved Africans to Virginia that year.

But that is not the heart of America. Americans should look back at their founding as based on the principles of 1776—that uniquely great achievement for life, liberty, and the pursuit of happiness that was the Declaration of Independence. These were principles for all of humanity, though they would indeed take decades to fully implement for all Americans, both black and white. Their full achievement would lead to nothing less than a Civil War.

Mobs today target statues of everyone from George Washington and Thomas Jefferson to (curiously) Union generals like Ulysses S. Grant, who defeated the Confederacy before battling the KKK, and even Abraham Lincoln and (most bizarre of all) Frederick Douglass, the brave black abolitionist.

Let us not argue, however, with this historical reality: the United States of America, as our founders conceived it, started in 1776.

But what about those same founders and the undeniable evil of slavery? Well, that is a subject that is indeed far more troubling and complicated.

A full accounting must acknowledge first what the American founders said about slavery, and what they did. Consider these testimonies:

“Slavery is such an atrocious debasement of human nature,” said Benjamin Franklin in a November 1789 speech demanding its “very extirpation.” In his February 3, 1790 petition to the U.S. Senate and House of Representatives, which he wrote as president of the Pennsylvania Society for the Abolition of Slavery, Franklin urged that they “devise means for removing this Inconsistency from the Character of the American People, that you will promote mercy and Justice towards this distressed Race, & that you will Step to the very verge of the Powers vested in you for discouraging every Species of Traffick in the Persons of our fellow men.”

Franklin’s closest ally at the founding was John Adams. “Every measure of prudence, therefore, ought to be assumed for the eventual total extirpation of slavery from the United States,” he urged in a June 8, 1819 letter. “I have, throughout my life, held the practice of slavery in … abhorrence.”

So many of the founders felt this way. In fact, nearly all the most influential founders felt that way. Professor Thomas G. West put it categorically: “Every leading Founder acknowledged that slavery was wrong.” He noted that “even those who defended slavery knew well that blacks are human beings. Hardly anyone claimed that slavery is right in principle. Each of the leading Founders acknowledged its wrongness.”

Indeed, as Alexander Hamilton put it, blacks were “men, by the laws of God and nature.” Regardless that “laws of certain states … give an ownership in the service of Negroes as personal property.” The law might say one thing, but it did not supersede the eternal reality of the laws of nature and of nature’s God—i.e., natural law and Biblical law.

John Jay, an author of the Federalist Papers and the first chief justice of the U.S. Supreme Court, has been called “America’s Wilberforce.” Jay in 1785 organized and became the first president of the New York Manumission Society. That March, he wrote to fellow abolitionist and founder Dr. Benjamin Rush: “I wish to see all unjust and unnecessary discriminations everywhere abolished, and that the time may soon come when all our inhabitants of every color and denomination shall be free and equal partners in our political liberty.”

But what about the likes of George Washington, our nation’s first president, who owned slaves? Well, he likewise knew it was wrong.

In an April 12, 1786 letter to Robert Morris, Washington said of slavery: “There is not a man living who wishes more sincerely than I do, to see a plan adopted for the abolition of it.”

In an August 4, 1797 letter to Lawrence Lewis, he affirmed: “I wish from my soul that the legislature of this State could see a policy of the gradual Abolition of Slavery.”

And yet, in maintaining his farm and property, Washington relied on a mass of 316 slaves, of which 143 were in his possession entirely. Washington kept the slaves not because he felt it was right for one man to own another, but because he viewed them as a necessary evil to maintain his farm. It could not exist without them. It would go bankrupt, dry up, and wither away. Was this purely self-serving by Washington? Yes, most definitely. And he knew it.

The situation tore not only at Washington’s wallet but his conscience. He knew that slavery was wrong, but like so many of the founders who owned slaves (including Thomas Jefferson), he felt he personally could not financially extricate himself from the situation. He plainly could not accept the catastrophic financial cost of setting them free. The devil had him by the tail.

As stated by Thomas Jefferson, “We have the wolf by the ears, and we can neither hold him, nor safely let him go. Justice is in one scale, and self-preservation in the other.” And yet, said Jefferson, “Nothing is more certainly written in the book of fate than that these people are to be free.” The key—the overwhelming task—was how to make that happen, especially peacefully. That was the problem. And to be sure, it would never happen peacefully.

It would take Abraham Lincoln—and an actual Civil War and Emancipation Proclamation—to fully extend that equality principle to every single American, including black Americans. It could not be extended in 1776, least of all because southern states would have seceded from the very American republic being conceived at the time. Certain southern states plainly said they would not ratify the Constitution if it undermined the slave system. The founders might have found themselves in a civil war amongst themselves in July 1776 rather than a unified revolution to break free from the British. The abolition of slavery in 1776 was not possible. The very principles launched by 1776, and stated in the Declaration of Independence and the subsequent Bill of Rights and Constitution, would have never gotten off the ground to begin with.

Abolishing slavery in America, as in every country, would not happen overnight. It took much time and pain. This was an evil, and eradicating the evil would not be simple. In America, it required blood to be spilled at a level (the Civil War) unprecedented in its history. No other war, including World War I and II combined, saw the loss of so many American lives. For its original sin, America would suffer terribly.

Looking back, however, we must credit the farsighted and noble ideas of 1776. They set forth a proposition—that all men are created equal—that would abolish within America’s borders a nefarious practice that had existed worldwide for thousands of years.

And yet, that laudable reality seems lost to the modern mind, or at least resisted by those with an ideological agenda to reframe America and the American founding as something that it was not—as something altogether sinister and misbegotten.

To be sure, there is obvious ugliness in America’s historical record with race. Slavery is really America’s original sin, though not original to America alone. As for America’s founders, they were torn about slavery and how to end it. That lack of clarity tore at the nation, almost permanently ripping it asunder a century later. Fortunately, great men like Abraham Lincoln found a way to keep the nation together and end the abomination that was slavery, ensuring that that nation, so conceived in liberty, should not perish from the face of the earth.