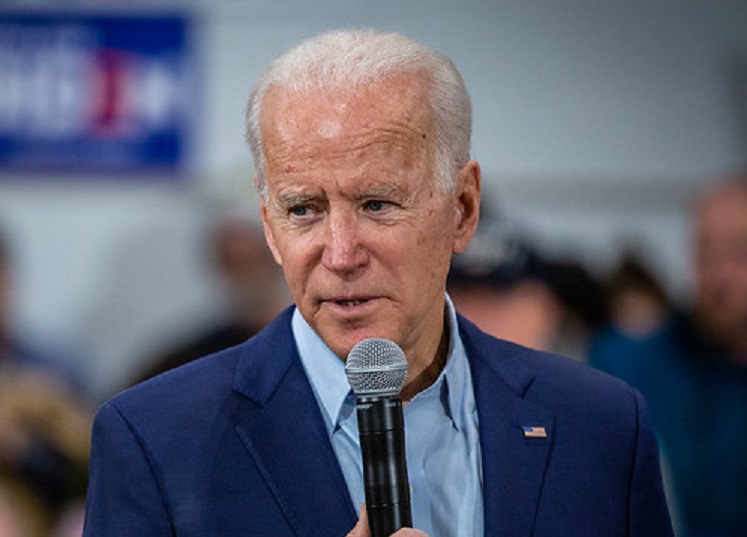 Surge Summary: President Biden acknowledged this month’s National Day of Prayer, but neglected to mention God one time in the process. How can one honor a day of prayer without referencing the One to whom we are supposed to pray? America’s history provides many examples of leaders who urged their fellow citizens to look to God for His help and blessing.

Now, the bad news. Although he marked the day with a written proclamation, as all presidents have done for decades, the reportedly “devout” Catholic left God out of his pronouncement.

How do you do that if you’re sincerely emphasizing the value of prayer?

Said President Biden at last week’s National Day of Prayer ceremony: “As we continue to confront the crises and challenges of our time — from a deadly pandemic, to the loss of lives and livelihoods in its wake, to a reckoning on racial justice, to the existential threat of climate change — Americans of faith can call upon the power of prayer to provide hope and uplift us for the work ahead….Throughout our history, Americans of many religions and belief systems have turned to prayer for strength, hope, and guidance.”

In our highly secular age, it’s almost not surprising to see God or Jesus left out of a supposedly prayer-centered statement. In a dissenting opinion to a church-state case in 1984, Lynch v. Donnelly, the Supreme Court referred to the phenomenon of “ceremonial deism.” This implies references to God that “have lost through rote repetition any significant religious content.”

But it wasn’t always like this in America. One man noted that despite the difficulties we as Americans faced in our divided nation, we must fervently thank the Almighty for all His blessings to us.

He wrote, “The year that is drawing towards its close, has been filled with the blessings of fruitful fields and healthful skies. To these bounties, which are so constantly enjoyed that we are prone to forget the source from which they come….They are the gracious gifts of the Most High God, who, while dealing with us in anger for our sins, hath nevertheless remembered mercy.”

Those words were written by our 16th president, Abraham Lincoln on October 3, 1863. Despite the devastation of the Civil War, he could still find cause to thank God and ask for His help.

Another American prayed that the nation would come to imitate the Savior, that is, Jesus, so that we might become a happy nation.

He wrote, “I now make it my earnest prayer, that God…would most graciously be pleased to dispose us all to do Justice, to love mercy and to demean ourselves, with that Charity, humility & pacific temper of mind, which were the Characteristics of the Divine Author of our blessed Religion & without an humble imitation of whose example in these things, we can never hope to be a happy Nation.”

That was George Washington. The father of our country wrote this in a famous letter called “the Circular to the States.” He wrote it in June 1783, after—by God’s Providence—we had successfully won our independence from Great Britain a year and a half earlier at Yorktown.

Another man in American leadership asked that the Lord would guide our nation and help us work through our myriad problems.

As he officially proclaimed a day of prayer, he penned, “On that day I ask all who believe to join with me in giving thanks to Almighty God for the blessings He has bestowed on this land and the protection He affords us as a people. Let us as a Nation join together before God, fully aware of the trials that lie ahead and the need, yes, the necessity, for divine guidance. With unshakeable faith in God and the liberty which is heritage, we as a free Nation will surely survive and prosper.” This was Ronald Reagan, 40th president on March 19, 1981.

He proclaimed May 7, 1981 as the National Day of Prayer that year—he also made it an annual event. How fitting. Reagan often noted that as a nation we absolutely need God’s help.

Another example of a national day of prayer involving actual prayer—to God—involves one group of American leaders, desperately calling out for His help. They set aside of day of what they called, “Humiliation, Fasting and Prayer.”

They urged fellow Americans to “confess and bewail our manifold sins and transgressions, and by a sincere repentance and amendment of life, appease his [God’s] righteous displeasure, and through the merits and mediation of Jesus Christ, obtain his pardon and forgiveness.”

This was the Continental Congress—the very group of men who helped create this nation in the first place. They set aside May 17, 1776 as a day for intense prayer. And God answered their prayers.

Our history is rich with examples like this—sincere calling on the Lord. But Biden’s comments on prayer remind me of “ceremonial deism.” Alas, one could just as well invoke, “To Whom It May Concern.”

The post How To Recognize a ‘National Day of Prayer’ but Get It Significantly Wrong Anyway appeared first on DailySurge.