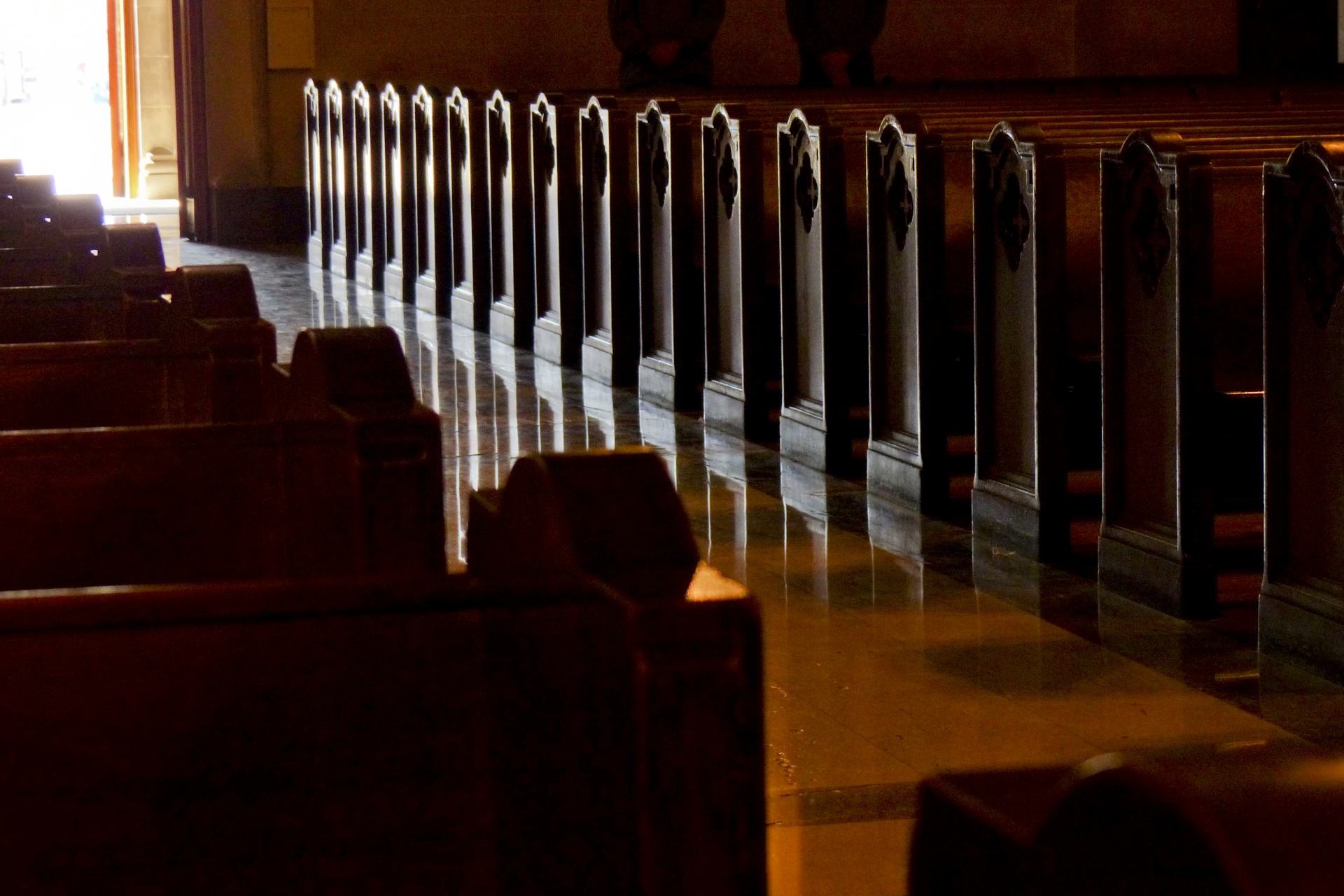 Surge Summary: This month, Joe Biden became the first president in modern times to omit God from his National Day of Prayer Proclamation. Past presidents, and America’s founders, clearly acknowledged the nations need for God and His blessing. The repudiation of that admission has been a long time coming in the USA.

Secularism’s century-old gambit to de-Christianize and secularize America added last week [May 6] another abject abomination to its sacrilegious rap sheet as President Joe Biden became the first president in modern history to omit God, in word and deed, from the National Day of Prayer Proclamation.

President Biden’s deliberate omission presents a striking example of the advancing deterioration of the American culture. The extent of this decline shows clearly in the stark contrast between the current president’s paltry prosaic profession and Democrat President Harry Truman’s radiant revelation back in 1952:

“Whereas from the earliest days of our history our people have been accustomed to turn to Almighty God for help and guidance; and

“Whereas in times of national crisis when we are striving to strengthen the foundations of peace and security we stand in special need of divine support; and

“Whereas the Congress, by a joint resolution approved on April 17, 1952 [66 Stat. 64], has provided that the President ‘shall set aside and proclaim a suitable day each year, other than a Sunday, as a National Day of Prayer, on which the people of the United States may turn to God in prayer and meditation.’”

Reflecting on happiness in life, Charles H. Spurgeon (1834-1892) viewed the “hewers of wood and drawers of water in the tents of Jehovah” as “more to be envied than the princes who riot in the pavilions of kings.”

This was no secret to the American Founding Fathers, who insisted that a culture’s religion and moral fiber is the key to sustainable freedom. Regarding the benefits of America’s Judeo-Christian foundation, Horace Greeley (1811-1872), editor and publisher of The New-York Tribune, America’s most influential 19th-century newspaper, deemed it “impossible to mentally or socially enslave a Bible-reading people. The principles of the Bible are the groundwork of human freedom.”

Alas, cultural Marxism has deeply taken root in present-day America and its branches—political correctness, multiculturalism and secularism—are bearing bad fruit. Consequently, one would be hard pressed to find over the last 75 years a publicly educated student who can list the seven activities that God detests: “Haughty eyes, a lying tongue, hands that shed innocent blood, a heart that devises wicked plans, feet that make haste to evil, a false witness who breathes out lies, and one who sows discord among brothers” (Prov. 6:17-19, ESV).

Dr. Bruce K. Waltke contends that Solomon began his inventory of abominations with “haughty eyes” because “no vice stands in sharper opposition to wisdom and fear of God than pride.”

A proud people as Americans may be, we have moved further and further away from the biblically based structure and framework established by the Founding Fathers throughout the 17th and 18th centuries. Not only is today’s American culture biblically illiterate as a result, it is also imprudently chasing wickedness.

Take Republican President George W. Bush’s National Day of Prayer Proclamation on April 30, 2001, beseeching the gods of “mosques, temples” right before 9/11: “Turning to prayer in times of joy and celebration, strife and tragedy is an integral part of our national heritage … Gathering in churches, synagogues, mosques, temples, and homes, we ask for strength, direction, and compassion for our neighbors and ourselves … These events will bring people of all faiths together, each according to his or her own beliefs, to give thanks to the Almighty and to ask for strength and guidance.”

God Jehovah strictly forbids the combining of different, often contradictory beliefs and the melding of practices with various schools of thoughts on religion, known as syncretism. Such mingling of biblical and pagan religions is a violation of the first commandment, which says: “I am the Lord your God … You shall have no other gods before Me” (Ex. 20:2-3, MEV). Disobedience or transgression brings judgment on a nation.

Two and a half years after his 2001 National Day of Prayer Proclamation, President Bush was asked, “Mr. President, when you talk about peace in the Middle East, you’ve often said that freedom is granted by the Almighty. Some people who share your beliefs don’t believe that Muslims worship the same Almighty. I wonder about your views on that?”

To compound the problem of biblical illiteracy, Bush answered, “I do say that freedom is the Almighty’s gift to every person. I also condition it by saying freedom is not America’s gift to the world. It’s much greater than that, of course. And I believe we worship the same God [Islam and Christianity].”

One might as well deny the existence of evil in the world, or the absolute fact that God does have enemies. Heretical syncretism is nothing else than the corollary of a biblically illiterate nation and dismally ignorant and unsound leaders making headway.

Award-winning author, columnist and cultural commentator Larry Alex Taunton (born 1967) published on July 29, 2020, an article with the title “Karl Marx vs Charles Spurgeon: An Epic Struggle for the Souls of Men in 19th-Century London,” in which he writes: “It is extraordinary to me that both Karl Marx [1818-1883] and Charles Spurgeon [1834-1892] lived and worked in the same city at the same time. Both were, in a sense, evangelists contending for the souls of men with their competing visions of humanity.”

Marxism, aka communism, Karl Marx’s conception, is now undoing America. Marx wrote in The Communist Manifesto (1848), “Communism abolishes eternal truths, it abolishes all religion, and all morality, instead of constituting them on a new basis …”

“Although there is no indication that Marx and Spurgeon ever met,” Taunton continues, “one was almost certainly aware of the other and the irreconcilable nature of the messages each proclaimed.”

“It would be wrong to say – as many preachers do – that addressing matters of politics falls outside of the purview of the clergy. Of no other sphere of life do they say it. Regardless, Spurgeon certainly didn’t agree with this sentiment. Christianity isn’t merely an accessory to a man’s life; it should define it. Thus, a man’s politics are simply the outward manifestation of the convictions of his heart. Socialism, Spurgeon knew, was much more than an economic or political question. It is a spiritual question, if only because it denies the very existence of the spiritual. It is, as I have written elsewhere, atheism masquerading as political philosophy [or in case of Critical Race Theory, ‘state-sponsored racism’].”

Wisdom and folly run on parallel tracks in America, offering alternative routes for America’s youth. Solomon noted that Lady Folly “sits at the door of her house, on a chair at the city heights.” This prompted Jewish Hebrew scholar Michael V. Fox to warn that “Like Wisdom, Folly seeks a public venue and appears in much the same places as Wisdom. They are often in proximity, proposing alternative choices in many circumstances.”

By entering America’s public square, Gideons and Rahabs will initiate the process of reestablishing the once biblically based culture laid down by America’s Founding Fathers. The goal will be “righteousness [that] exalts a nation” (Prov. 14:34a).