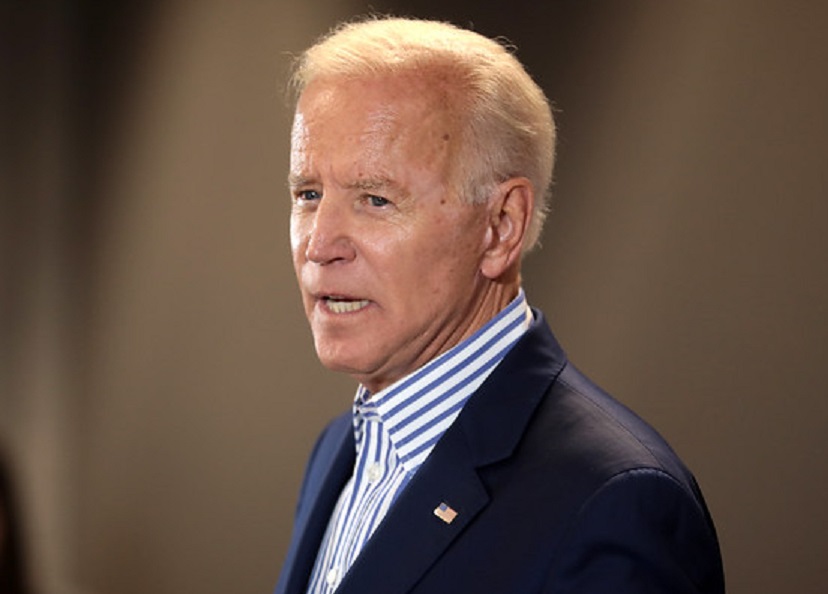 Surge Summary: One writer believes critics of Joe Biden need to be careful not to completely write off the faith of Joe Biden because of his unfortunate omission of any mention of God in his National Day of Prayer proclamation. While his support for abortion and the LGBTQ agenda do seem to contradict biblical values, Biden backers insist many of his other policies are shaped by his Catholic faith.

In 1952, Congress established an annual day of prayer, and in 1988, lawmakers designated its date as the first Thursday in May. All the previous 70 presidential proclamations of a National Day of Prayer referred to God, often multiple times. Donald Trump’s 2020 proclamation, for example, mentioned God 11 times.

Brody complains that Biden’s proclamation discusses climate change and racial justice but “doesn’t even mention God once,” which is “pathetic … and not surprising!” Graham “was deeply saddened” by Biden’s omission of God, which “speaks volumes” and testifies to the depths to which our nation has descended.

Donohue calls Biden’s failure to mention God in his proclamation, “inexplicable at best and objectionable at worst.” He surmises that Biden dropped God because so many Democrats are agnostics, atheists, or have no religious affiliation and “are openly hostile to religion and people of faith.” Donohue warns that some Democrats, most notably the organization Secular Democrats of America, want to destroy religious liberty, “secularize religious institutions,” and eliminate most tax exemptions for religious organizations.

In his proclamation, Biden noted that throughout American history millions of people have prayed “for strength, hope, and guidance.” Prayer has sustained countless individuals and helped inspire movements to end child labor, promote racial injustice, and ensure the rights of the disabled. He stressed that the First Amendment protects “religious liberty, including the right of all Americans to pray,” thereby helping to create and sustain the nation’s “remarkable religious vitality and diversity.” His proclamation asserts that prayer has provided encouragement and motivation for Americans dealing with the challenges of a deadly pandemic, unemployment, the loss of loved ones, racial injustice, and climate change.

Biden insisted that the prayers of Americans could enable them to overcome adversity, transcend their differences, and work together to solve their problems. He exhorted citizens to “give thanks for our many freedoms and blessings” and for “spiritual guidance, mercy, and protection.”

Although Biden did not use the word God in his proclamation, the president did state that he had signed it in “the year of our Lord two thousand twenty-one” and, more significantly, he mentioned God in his oral remarks commemorating the day, which his critics ignored. “By the grace of God and the extraordinary work” of researchers and scientists, Biden declared, “we have vaccines that have proven to be safe and effective.” The president thanked Americans for their prayers and concluded, “may God Bless you and all those you love.”

In addition, Biden provided a pre-recorded message for an online National Day of Prayer event that was broadcast on Pray.com, SiriusXM channel 154, Direct TV, and Audacy. “I want to thank you all for praying for our nation,” Biden declared. “I join you in these prayers today and every day. I know how much it matters because I’ve seen the power of prayer in my own life. Like so many of you, prayer has nourished my soul and delivers strength and hope and guidance when I needed it most.”

Biden’s failure to mention God in his proclamation is a tactical error that left him open to criticism. However, given his verbal remarks, it should not be interpreted as indicating his indifference or hostility to religion. This point is reinforced by some of Biden’s other statements and actions.

The nation’s second Catholic president regularly attends Mass, interweaves biblical language and religious themes into many of his speeches, and derives comfort and inspiration from his faith. His supporters claim that “faith informs his values and, in turn, his values shape his politics.”

Democratic politicians have a much more difficult task discussing their personal faith and Christian convictions than do Republicans because almost 40% of Democratic-leaning voters are religiously unaffiliated. Nevertheless, in his 2020 presidential campaign, Biden frequently described how his faith helped shape his character, sustained him during hard times, and taught him to be kind and emphatic. A digital ad portrayed Biden meeting with Pope Francis at the Vatican and talking with nuns on a street in Rome. In the voice over, the Democrat emphasized that his Catholic faith was very important to him and that the biblical concept of being our “brothers’ keeper” undergirded his political philosophy.

Joshua Dickson, an evangelical who served as Biden’s national faith engagement director, insists that Biden’s core values are “loving your neighbor, fighting for justice, and upholding the inherent human dignity of all.” Chris Coon, a Democratic Senator from Delaware and long-time friend, argues that for Biden, as for a growing number of Catholics and evangelicals, “fighting racism, advancing criminal justice reform, tackling climate change” and “developing a more humane immigration policy” are major priorities.

Citing these issues as well as Biden’s pledge to combat poverty and improve healthcare services, a group called “Pro-life Evangelicals for Biden,” spearheaded by Ronald Sider, contended that despite his stance on abortion, Biden’s “policies are more consistent with the biblically shaped ethic of life” and urged Americans to vote for him.

Biden’s prochoice position on abortion and endorsement of gay marriage, coupled with Trump’s opposition to abortion, strong support for religious liberty, and appointment of politically conservative judges, prompted many Catholics and evangelicals to vote for the incumbent in 2020 (about 50% of Catholics and 80% of evangelicals voted for Trump). Moreover, controversy is currently brewing as the U.S. Conference of Catholic Bishops is debating asking Biden to refrain from taking communion because of his stance on abortion and the use of human fetal tissue in research.

These issues and developments remind us that we should evaluate Biden by all his statements, actions, and political policies. Stating or implying that Biden is indifferent toward Christianity simply because of his unfortunate omission of God from his 2021 National Day of Prayer proclamation is myopic and misguided.

The post God, Joe Biden, and the National Day of Prayer: an Alternative View appeared first on DailySurge.