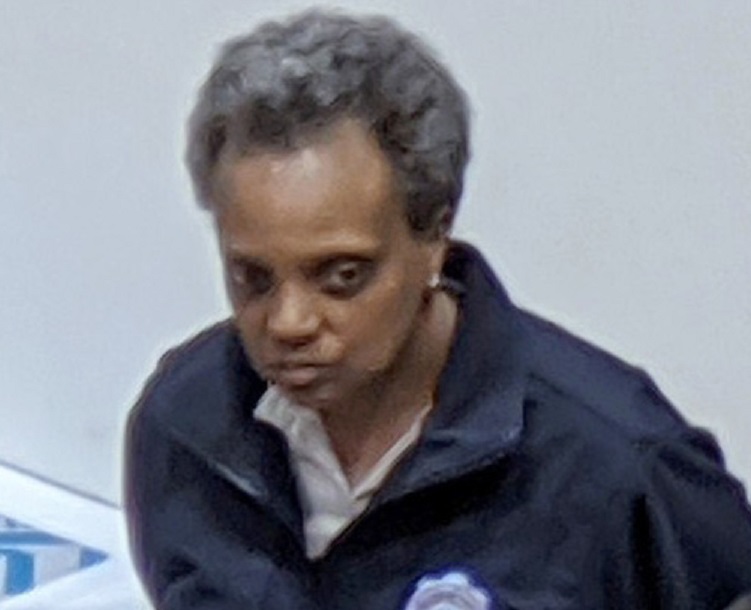 Surge Summary: Chicago’s Mayor Lori Lightfoot, by refusing to give interviews to any white journalists, settles one issue: She is a racist. Unacceptable.

Critical race theory is clearly reaching a critical mass in America.  Chicago Mayor Lori Lightfoot is so secure in her own racism that she is now proudly refusing to give interviews to white journalists.  She will only speak to “journalists of color.”

Some leftists argue that it is impossible for a black person to be a racist because you must have power to deny others their rights, and, of course, they claim that whites possess all the power.

Well, Mayor Lightfoot obviously has power, and she’s using her power to discriminate against white journalists.  Racism exists among all races.

I’d like to think that the Department of Justice will be launching an immediate investigation of her obvious racism, but I’m not holding my breath.

Every leading Democrat official should be asked on the record to either affirm or condemn Lightfoot’s bigotry.

Sadly, this is how far the left has strayed from Martin Luther King, Jr.’s dream of a society that does not judge people by the color of their skin.  Many leftists today are actually promoting segregation with separate college dorms and graduations.

And to give you another example of just how extreme the left has become, even MLK himself is coming under attack.

So-called “social justice courses” in some Maryland schools are teaching children that the concept of “colorblindess” – not seeing race – is a form of “covert white supremacy.”  So, too, is the idea that “we’re just one human family.”

These ideas were central to Martin Luther King, Jr.’s teachings.  In fact, it was Reverend King who said in his famous I Have A Dream Speech:

“When we let freedom ring . . . from every state and every city, we will be able to speed up that day when all of God’s children, black men and white men, Jews and Gentiles, Protestants and Catholics, will be able to join hands and sing in the words of the old Negro spiritual, ‘Free at last! free at last! thank God Almighty, we are free at last!’”

But the Marxist ideology of critical race theory isn’t about freedom.  And judging people by the color of their skin will never make us free.  It will always lead to discrimination, division and oppression – precisely the goal of any Marxist ideology.

Please stand with me as we fight the radical left!

The post Verdict Is In: Chicago Mayor Lori Lightfoot Is a Racist appeared first on DailySurge.